We had a hail storm yesterday. But luckily no damage! 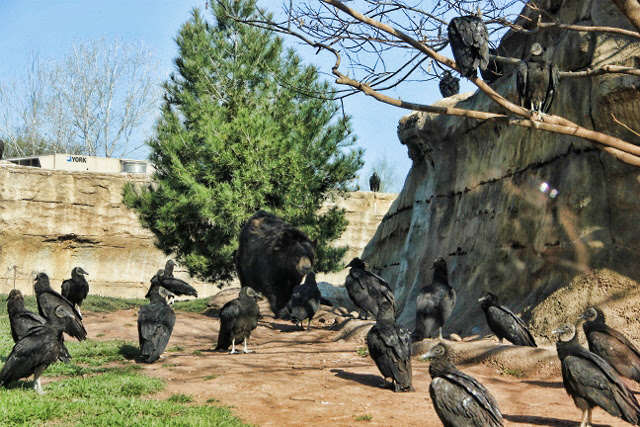 A black bear and his turkey vulture friends.
And I just completed Matheson Clan Bear triplets for another order and will be shipping them today!

In previous posts, I’ve shown the turkey vultures surrounding the lion and lioness as if they were part of their royal court. And actually perched on top of a rhino that was sleeping. I’ve never seen the bear up and moving around. And I’ve never seen the turkey vultures in his exhibit. So see? They might not be the greatest pictures as far as photography goes, but as far as subject, pretty cool, don’t you think? 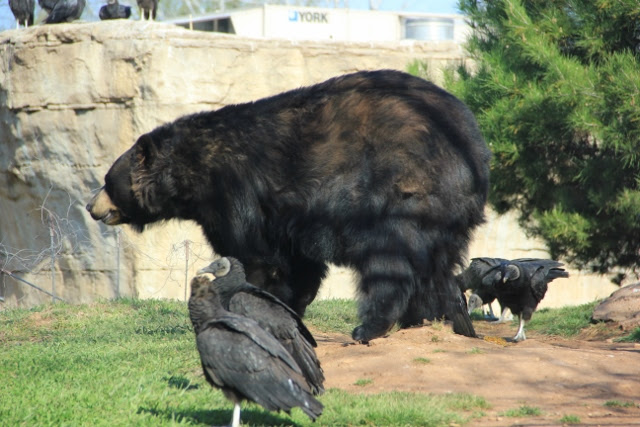 I managed to get to 27,000 yesterday, despite being on a LIVE blog tour from noon until midnight. And I should make my goal by the weekend of 30,000, maybe more.

Have a super great Saturday! :)

Oh, and I’m from the bear state of California, and I’m researching grizzlies in Montana for A SEAL Wolf for Sale, and I saw the bear at the zoo, so what do you think I had a nightmare about???
Terry
By Terry Spear at March 29, 2014
Email ThisBlogThis!Share to TwitterShare to FacebookShare to Pinterest
Labels: bears, books, Cameron Park Zoo, Contest, fiction, Matheson Clan bears, photography, Silence of the Wolf, Terry Spear, writing, zoo