First, the Jaguar Fever E-book giveaway:
Another chance to win! Angels Guilty Pleasures is giving away an ebook copy of Jaguar Fever! Be sure and drop by and say howdy!!! And enter! Thanks, Angela!!! http://angelsguiltypleasures.blogspot.com/2014/03/seriously-shifter-giveaway-hop-march-21.html?m=1
For Seriously Shifter Week I’m giving away to one lucky winner a Kindle E-Copy of Jaguar Fever (Heart of the Jaguar #2) by Terry Spear.
Giveaway is open INT/US/CAN
Just enter the Rafflecompter below for your chance to WIN. 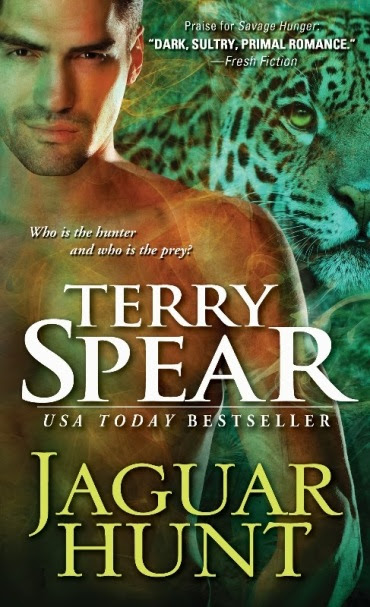 Terry Spear is one of many authors that writes about shifters. She is also one of my favorites! This month she released Silence of the Wolf “Heart of the Wolf” #13 another great shifter series. Check out my review!

4.5 Wolf Stars!!
Silence of the Wolf is book thirteen in Terry Spear’s Heart of the Wolf series. Terry takes us back to Silvertown territory where Darien, Jake and Tom run the pack and town. We get mystery, adventure and passion.

I really enjoy Terry Spear’s written style the ease in which it flows. How I can just get pulled back into her wolf series! I love the pack dynamics created in this series. They center on family, doting on the young and welcoming of others. The characters always complaint each other and I enjoy seeing characters from previous books make an appearance.
Just drop by Angela’s site to enter for a chance at a book, and have fun!

Next up is The Highlander just came out in audio! I knew it was supposed to be available soon, but just learned it’s already out! So here are the links! 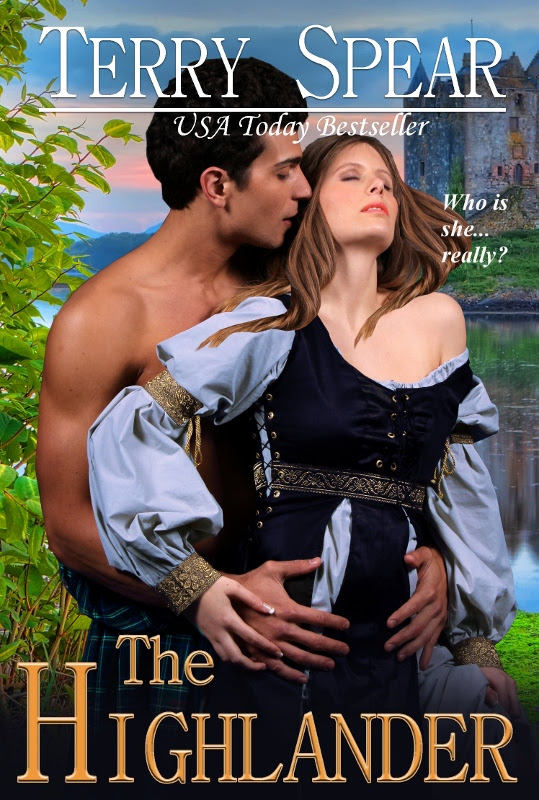 Anora, the shepherdess, finds a half-naked man in her bed, so what’s a woman living alone in a cottage in the Lowlands of Scotland supposed to do? Prod him with her pitchfork to chase him off! Only the man is not just a traveler seeking her bed for a rest-but a wounded Highlander, who fights back, swinging his sword! Niall MacNeill is searching for a Frenchwoman of nobility to escort to his cousin’s castle for safekeeping, when he and his friend, Gunnolf, are attacked by another Highland clan, seeking the same woman. The other Highlanders wish to sell her to the highest bidder-English or French-it does not matter. Niall takes refuge in a sheepherder’s cottage to heal up from his wounds and discovers the shepherdess taking care of him may very well be the woman he seeks. He has no intention of doing anything but what his cousin requests of him-ensure her safety on their way to Craigly Castle-but when the lass so bravely wields her pitchfork at him, he is thinking of other, more interesting possibilities.
Apple/Itunes
Amazon
Audible

Okay, and third, the 200 year old skeleton. You know I write urban fantasy, right???
Well, I’m trying to learn how to remove the skeleton from the lake without the sheriff’s department getting hold of it. :)

Research can be fascinating. I learned about how hundreds of cars were being removed form lakes–really sad, from joy riders, to those filing insurance fraud because they couldn’t make car payments, to some that held human remains and would solve some cold cases. It’s amazing what gets dumped in the lakes, rivers, etc.

But divers found a 10,000 year old skeleton of a boy in an underwater cave in Mexico and it appeared it was a “burial” of sorts, but the bones were really well preserved.

No wonder it’s taking me so long to write this book. :)

But it’s fun doing the research too. :)

Off to write and… research. Have a great Saturday!