Wow, that quiz was fairly accurate. I am a third born, actually. I like the idea of leaving my mark on the world with inspiration. Poetry? Not so much, but I do love lyrical prose. Inventions? I invent worlds and characters. :-) What about you?

I'm competing in Karin Tabke's First Line Contest on her blog here www.karintabke.com You should enter the site from the front and check out the hot guys and the music!! I LOVE her website design. What a sexy, suspenseful mood this creates. This contest is a brilliant idea and it's very generous of her to host it. The judges are an agent and an editor. Plus, this contest has caught the attention of several other agents and editors. I also have some writing friends competing as well, and I wish all of them good luck! My first line made the cut and advanced to the 2nd round which contains 65 entries. What was my first line?

"All men are lying, cheating sex-fiends," said an irate caller on the radio talk show.

:-) Do I really believe that? Nah, but the heroine of this story does.

You can read my second line on Karin's blog comments, #34. The results of this phase of the contest will be in next Monday.
By Vonda Sinclair at January 24, 2007 4 comments:
Email ThisBlogThis!Share to TwitterShare to FacebookShare to Pinterest
Vonda Sinclair
Vonda Sinclair writes Scottish historical, paranormal and contemporary romance.

What is holding you back?

Do you ever get the feeling something is holding you back and keeping you from achieving what you want? Maybe your STUFF is holding you back. I know, it sounds really weird and wacko but if you think about it, it makes sense. If you're holding a load of junk in your arms, you can't reach out and get the good things. Are you a pack rat? Is every surface of your office piled full of stuff, some important things but mostly crap you could live without? Your clutter and junk, which you don't even want or need, may be keeping you from getting the wonderful things you want.

What to do about it? Take the workshop mentioned below, Move Your Stuff, Make a Sale: Feng Shui for Writers. Trust me, it works. (Oh no, I sound like those diet commercials. Ugh!) Seriously, I took this feng shui workshop almost a year ago and it probably changed my life for the better. I say probably because I have no proof beyond what I feel. But the truth is when I started (unknowingly) applying some of concepts taught in this workshop (even before I took it) I started making short story sales. And the more I applied the ideas, the more sales I made and a lot of other good things have happened for my career this year, like acquiring an agent! Did one cause the other to happen? I don't know. But it might have helped clear the negative energy away so that positive energy could replace it. For me, it was worth a try and I'm so happy I took that chance.

What type of writer should you be?

Writers, Check out this cool quiz. I took it and here are my results. While it might seem strange for a romance writer to get this result, this assessment holds mostly the truth for me. Though I'm not a screenwriter, I do see my stories clearly like a movie in my head and they often contain a lot of suspense and adventure, but mostly romance. Dialogue is a big thing for me too. Click the link below to take the quiz yourself.


What Type of Writer Should You Be?
By Vonda Sinclair at January 22, 2007 No comments:
Email ThisBlogThis!Share to TwitterShare to FacebookShare to Pinterest
Vonda Sinclair
Vonda Sinclair writes Scottish historical, paranormal and contemporary romance.

Move Your Stuff, Make a Sale

Fee: $10 CHRW members; $15 nonmembers (RWA membership isn't required. Anyone can take our courses.) Deadline to sign up for this workshop: Feb 10, 2007

A wee bit of snow 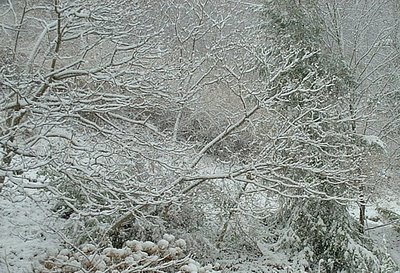 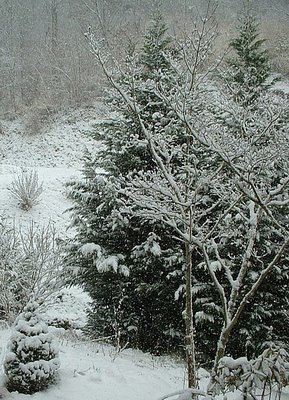 The question from my previous post is: could we like characters who do things like committing murder, stealing, having a violent temper, assaulting people, torturing people. (By the way, please don't assume I like criminals just because of my opinions here. I don't. I simply find slightly edgy characters more interesting...in a book, movie or TV show. Not in real life. :-) Now back to the program...)

If you don't think you could like people or characters who do terrible, illegal, immoral things, I want to use examples from one of my favorite TV shows, Lost. Some of the most popular characters on the show have done bad things but we love them anyway. Why? The characters are so incredibly complex and multidimensional. They have good traits and bad, sometimes in equal proportion. They may have murdered someone in the past, but now they're saving someone's life. Redemption is an important theme here. Mr. Eko was probably the most extreme example of this. He was a sort of gang member who murdered countless people. He then posed as a priest. After this he felt he had become a real priest. Mostly he wanted to save his brother's life. The reason he became a killer in the first place, as a very young teenager, was so his younger brother wouldn't have to. In essence, he was giving up his soul to save his brother's.

Kate is the most likeable female on the show, yet she is a murderer too. Do you feel she had good motivation for the crime she committed? The law says it's not legal to kill someone who's physically and sexually abused you and your mother for years but how would you feel in that situation? What would you do?

Sayid is another interesting character. He is very helpful, appears to be gentle and caring in every way, but also strong, sexy and masculine. Yet in the past he was in the Iraqi Republican Guard, an expert at torturing people. And then we wonder how can I like someone who tortured people for a living? The conflict that can create within you, the viewer, can be disturbing.

I find Sawyer to be the most complex character on Lost. In essence, he's a con-man and a murderer. He smokes, drinks, steals, lies, cheats. He's greedy, selfish, promiscuous, manipulative. Carries a gun around and threatens people with it. We're talking bottom of the barrel. Yet, his character arc over the course of the seasons has been more dramatic than anyone's. What are his good qualities? Does he have any? Sure, and seeing them uncovered has been entertaining. For one thing he's sexy and very masculine. An honest-to-goodness bad boy that appeals to many women. Despite his image, he's also intelligent. He'd have to be in order to be such a successful confidence man and set up elaborate con jobs. Or to come up with those snappy, smart-alec comebacks so fast. He's funny and we like to laugh at the goofy predicaments he gets into, like when he thought a wild boar had it in for him. We also find out in the last season, that he might have a baby daughter. His ex-girlfriend (a con-woman) tells him about her while he's in prison, but there is no proof the child is his. Just on her word alone, he does something surprising--he works out a deal so that he rats out one of his peers, gets released from prison and receives a large sum of money as a reward. He doesn't keep this money, instead he sends it into an account for a little girl who might be his daughter. He has a soul after all.

These are extreme examples. But how do we, writing romance fiction, make our characters this complex, interesting and sympathetic? They don't need to be murderers. In fact, editors probably prefer that they're not. (Though I have read romance novels with heroes or heroines who are assassins, alcoholics, prostitutes, thieves, cheaters.) We can give them lesser flaws and make the reader love them in spite of these bad things. That's the challenge. How? Show their struggle. Their inner conflict and turmoil. Show them wanting to be a better person but failing, being miserable. Trying again. Use redemption as a theme. They grow from bad to good and we root for people like that. Bring out a strength to balance the weakness. Or vice versa. The problem with a lot of romance fiction is that there isn't enough "bad" in there. The characters are all good. Too good, bordering on perfect. I have some too-good characters myself that I need to mess up a little. So, don't be afraid of letting your character's dark side come out.
By Vonda Sinclair at January 11, 2007 No comments:
Email ThisBlogThis!Share to TwitterShare to FacebookShare to Pinterest
Vonda Sinclair
Vonda Sinclair writes Scottish historical, paranormal and contemporary romance.

I was talking to a friend about this new Silhouette Intimate Moments (Romantic Suspense) novel I'm reading and enjoying very much. In it, the heroine is a (former) cocaine addict fresh from 5 months of rehab. This in a "category" romance? It surprises me as much as you. In case you don't know, category romance (Silhouette, Harlequin) is usually very tame. But yes, I like this heroine. She's probably not a typical cocaine addict. She seems like she could actually recover and not use anymore, probably rare for real addicts but I'm sure some do recover completely. This heroine still craves the drug sometimes, in times of extreme stress. She's still fighting it. Still has that internal conflict. It makes me root for her and hope she comes out on top.

So this made me wonder a lot of things about characters. How flawed can they be and still be likable and sympathetic? Are they sympathetic because of their addictions/weaknesses/ flaws or in spite of them? Both, I think.

No one likes a perfect person, in real life or in books. One reason is that we can't identify. We are not perfect. We all have flaws and shortcomings. Ms. Perfect is more like a robot or android than a human. Ms. Perfect has no conflicts, issues, problems, nothing to learn. She would be boring to read about. And if she's always preaching her perfection to others, trying to get them to be like her, well, we would probably want to strangle her.

Now throw the weight of cocaine addiction onto Ms. Perfect's shoulders. That's a big load. It would weigh her down. She would probably want to hide her problem from others, feel unaccepted and weak because of it. Like an outcast, judged by others. This thing is beyond her control and she needs help with it. She is no longer perfect; she's human like the rest of us. She has already become more likable, hasn't she?

What are other weaknesses, flaws, and addictions people or characters could have? Things that on first glance would make us hate them, but once we get to know them, makes us like them instead? It can go either way, we can like them because they're not perfect and striving to overcome their flaw or problem. Or they have good points that make up for their shortcomings.

Could we like people or characters who do these things? Next time, I'll try and convince you that we can.
By Vonda Sinclair at January 07, 2007 2 comments:
Email ThisBlogThis!Share to TwitterShare to FacebookShare to Pinterest
Vonda Sinclair
Vonda Sinclair writes Scottish historical, paranormal and contemporary romance.
Newer Posts Older Posts Home
Subscribe to: Posts (Atom)