Last week I did a post about Dunstaffnage Castle in Argyll, Scotland. This post is about the nearby chapel. 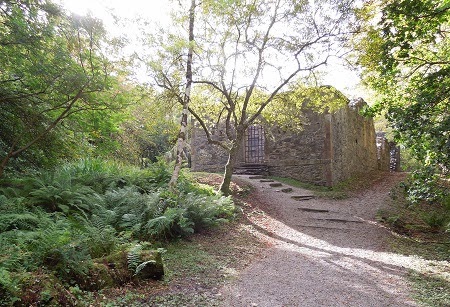 Dunstaffnage Chapel is a beautiful medieval ruin hidden in the woods behind Dunstaffnage Castle. The setting is very mysterious and atmospheric and can easily give you chills. Not that it is scary. The woods are cool and damp with a swampy area behind the chapel. It's simply one of those quiet places where you want to stand and absorb the history and see if you can feel the presence of any spirits. 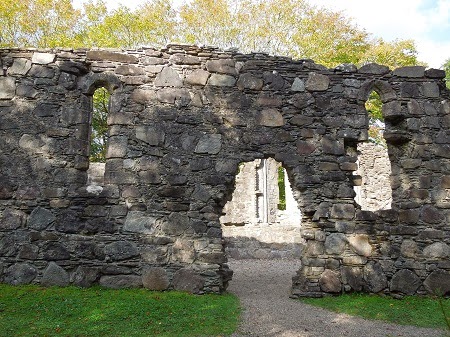 This was a family chapel, serving the lord's household, instead of the parish. It was built in the middle of the thirteenth century, about the same time as Dunstaffnage Castle. The remains show that it was once an extraordinary building which demonstrates the wealth and sophistication of its builder, Duncan MacDougall. 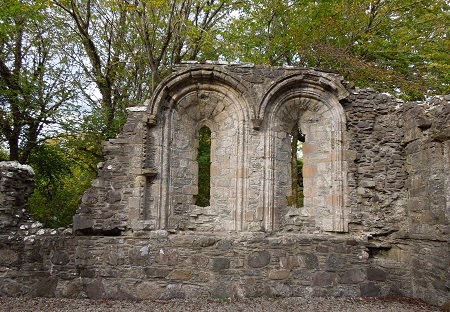 No other chapel of this date in mainland Scotland can match it for quality. It is 65 feet long and was at one time divided by a timber screen into a nave and chancel. The architecture was inspired by Irish churches but some features are similar to other churches in the area, such as Iona. It likely had elaborate arched doorways. The photo shows one of the paired lancet windows in the chancel. 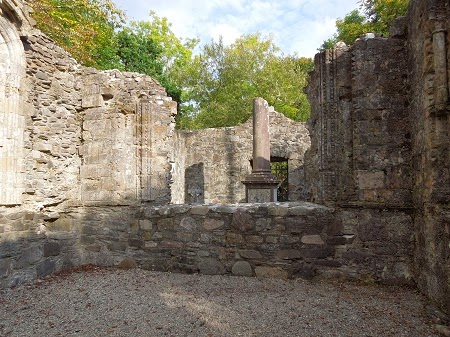 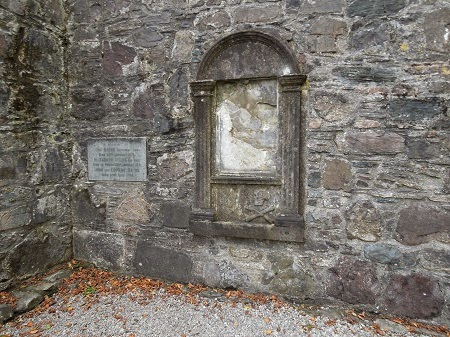 The alter would've been bathed in sunlight streaming in the three paired-lancet windows. 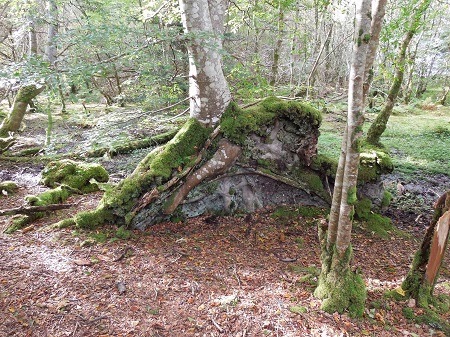 The woods around the chapel are swampy, mossy, and fascinating. This appears to be a tree which turned up by the roots, and then regrew a new trunk on top. 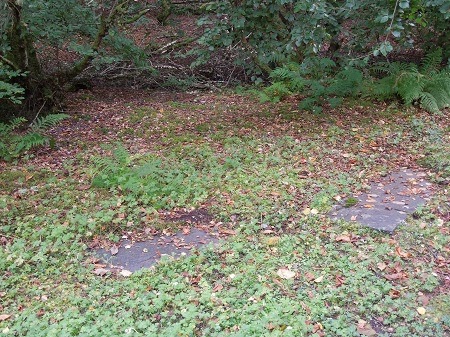 Are there ancient graves in the woods? Probably. Most churches and chapels in Scotland have cemeteries beside them. We saw a couple of slabs that could be grave slabs (above.) Don't know for sure though. 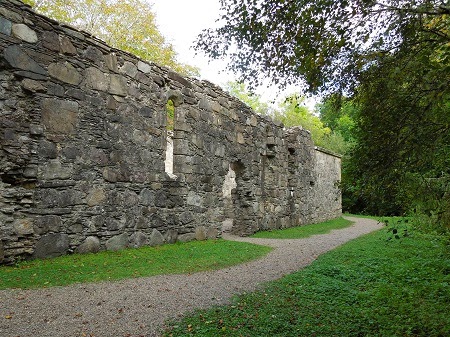 The windows are chamfered on the outside and one has a bold dog-toothed ornament similar to the window which lit the castle's great hall. A chamfer is a beveled edge connecting two surfaces. 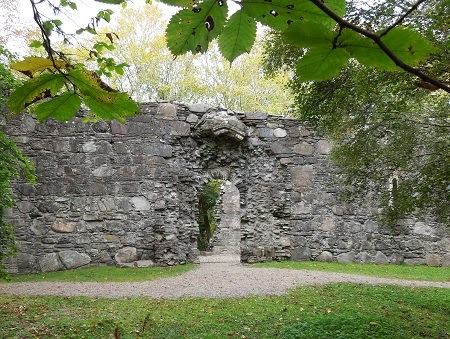 Most of the decoration around the three entrances is destroyed. They are believed to have been beautiful arched doorways.

By 1740 the chapel was in ruins. At this time the Campbells of Dunstaffnage built a burial aisle against the east gable with a neoclassical entrance. It contains several family memorials. 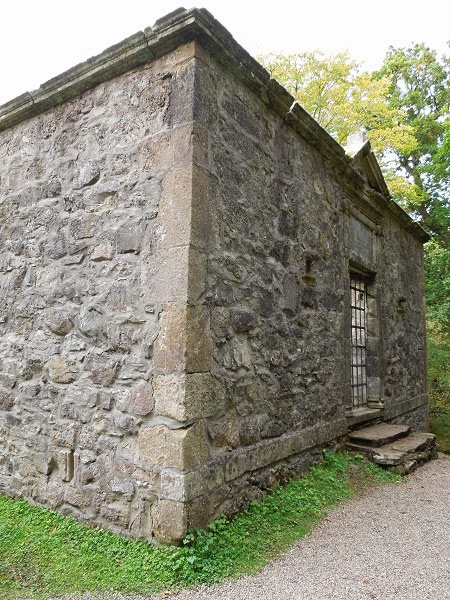 I mentioned Dunstaffnage Chapel in an earlier post about Castle Stalker because one of the lairds was horribly injured just outside this chapel on the way to his wedding. He was able to be married but died soon after. 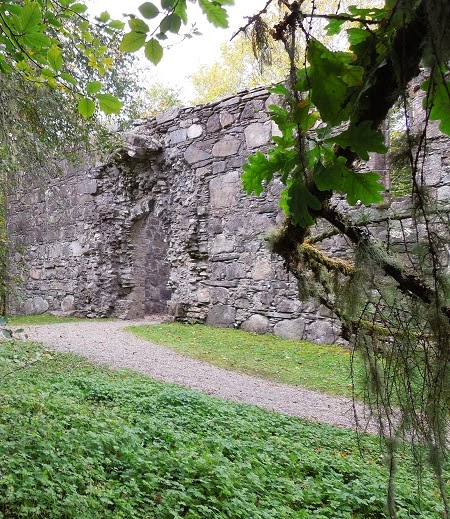 Thank you for visiting Dunstaffnage Chapel with me! Hope you enjoyed it!
Vonda
My website
Be my friend on Facebook 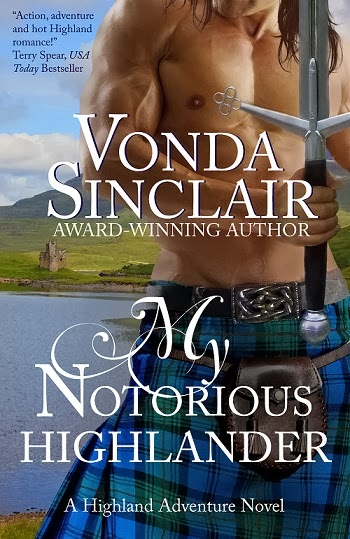 What wonderful photos!! I tweeted.

Wouldn't it fun to see this amazing place in all of its glory. I can picture the sun shining inside. Thanks for sharing, Vonda.

Yes it would Paisley!! Thank you!!

Very beautiful and informative. Thanks

Your're right, this is a very haunting place. I'd love to see it someday. Thanks for sharing!

It truly is, Vanessa. You would love it.

You capture the essence of the place, Vonda! Simply breathtaking...I've said it several times on facebook, but again, your pictures are stunning. Love your posts. :)

Thank you, Mary! I'm so glad you think so. I'd like to be able to give people a virtual tour if they can't go visit themselves.