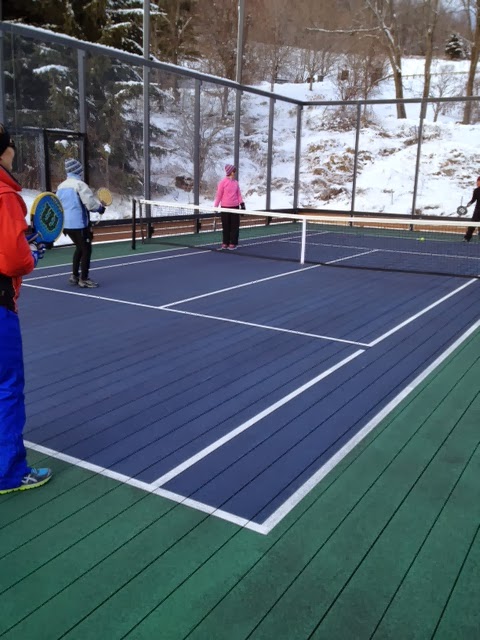 The Fun part of winter: To the left is a picture of some of my friends playing paddle tennis. It's not really like regular tennis, more like squash or racquetball (because the ball is rubber-like) but it's a lot of fun and will keep you warm on a cold day. The courts are heated, which keeps the snow off.


The Fury part of winter: What a lot of Americans lived through last week. There's scarcely been a spot in the US to hide out from a nasty winter this year.

But it hit the South last week, with an unusual cold spell. My husband got stuck in a small city in North Carolina. When he picked up his rental car, he went back to the counter and asked for a snow scraper. The clerk laughed. "Honey, you're in the South. We don't have those things." He had to sit in his car until the heat melted the ice and snow off the windshield.

On the second night he called me while he was literally in the kitchen of a restaurant that had closed early. He was begging food. The lady said she'd give him some clam chowder for free because they had to throw it out. Next I heard him say, "Do you have any crackers?"

She said, "No, but how about a slice of bread?" 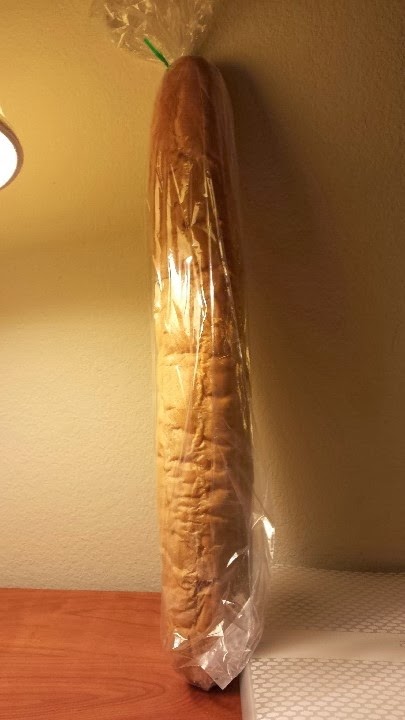 She hands over a four-foot long commercial loaf. "If I cut it, I have to throw it out, so I might as well give you the whole thing."

He says to me, "What do I do with this four-foot loaf?"

"Save it for tomorrow? In case the weather doesn't improve?"

The scary part of the week for me was that my daughter lives in Atlanta – first job. Well, we all know what happened there. Luckily, thank you, God, she chose to go home via back roads. It took her two hours to do a 30 minute commute, but she made it home. If she'd gotten on the highway, which is her usual route, she would have been stuck all night. And it was cold – 20 degrees. I feel for the Atlanta folks who were stranded on the roads overnight.

My daughter reported that about 50 people stayed at her office for the night, including top management. They decided they could not go home while other employees were stuck there. I'm glad she works for people with that attitude. Even though Atlanta only got 2.3 inches of snow, it all turned to ice, and the city was shut down.

Did anyone else have any bad/funny experiences with this brutal winter?

Oh no, what a winter adventure your husband had. And not in a good way. I couldn't believe how bad it got in Atlanta. Glad your daughter is okay and your husband too!

Hi Vonda, of course I worried more about my dd! She had quite some stories to tell. I guess everyone did.