I'm continuing my post from last week about Eilean Donan Castle. This is the most famous castle in Scotland and is considered a Scottish icon. 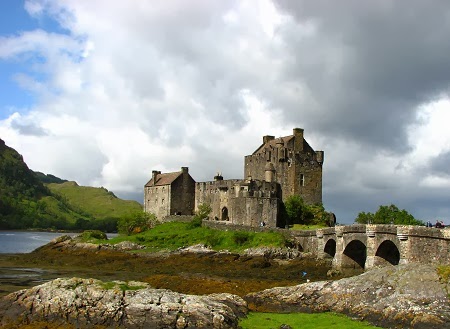 Evidence shows that the whole castle was reduced in size during the 15th century to around 528 square meters. No one knows why. The keep remained in about the same place and a courtyard was placed around it. The keep at this time had four stories and a pitched roof made of slate. It also had a walkway around the roof and projecting towers. 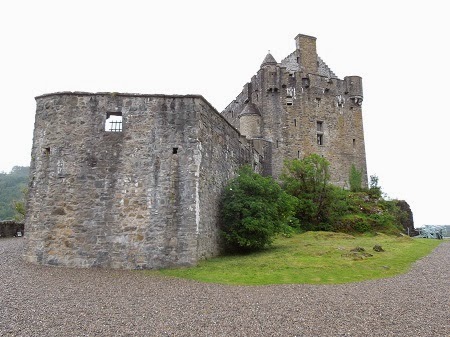 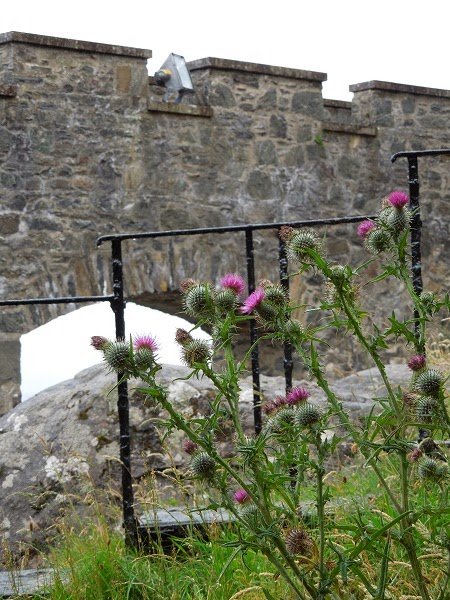 During the 16th and 17th centuries what is known as a hornwork and bastion were added to the east wall. The purpose was to make use of cannons, a new weapon at the time. A survey was done on the castle in 1714 by Lewis Petit des Etans, only five years before it was destroyed. But by this time it had fallen into disrepair. 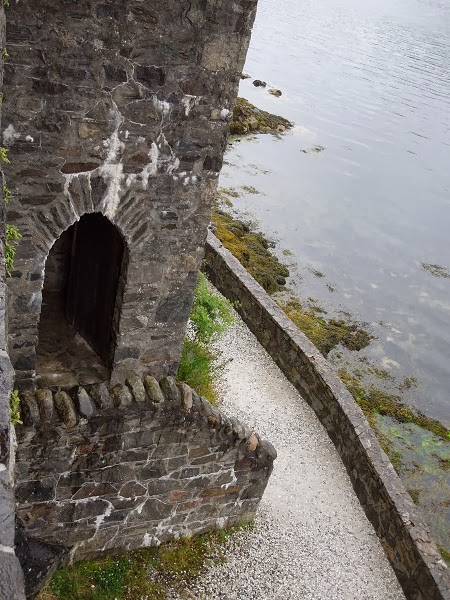 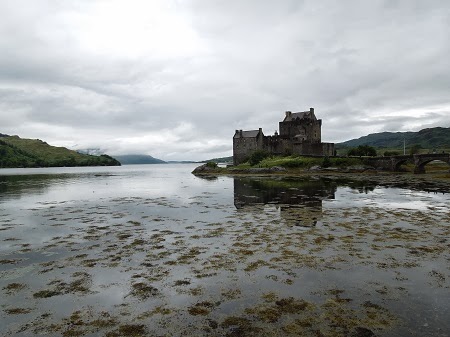 How was the castle destroyed? First a tiny bit of history… King James VII (II of England) was kicked off the throne in 1689. His Scottish supporters, the Jacobites, had several uprisings as they attempted to put him, his son, and his grandson back on the throne of Great Britain. Their ultimate failure at this came in 1746 at Culloden. But in 1719, during the third uprising, Eilean Donan was garrisoned for the Jacobites by 46 Spanish soldiers. A magazine for gunpowder was placed in a low building at the rear. On May 10th, three government frigates were sent into Loch Duich. Two of them, the Worchester with 48 guns and the Enterprise with 44 guns, bombarded the castle. After this near utter destruction, Captain Herdman of the Enterprise was sent ashore to accept the garrison's surrender and to blow up the remaining 343 barrels of gunpowder. After this explosion, little was left of the castle. 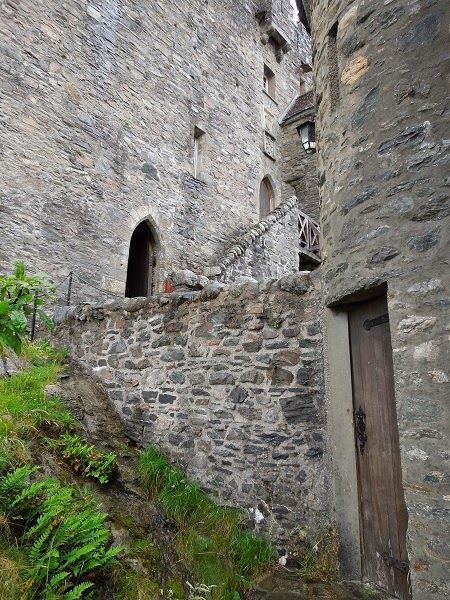 The sad ruins of the castle sat abandoned on the island for nearly 200 years… until Lieutenant Colonel John MacRae-Gilstrap and his Clerk of Works, Farquhar MacRae, came along. The two men dedicated twenty years of their lives to restoring Eilean Donan to its former glory. Farquhar had a dream about how the castle should be rebuilt to make it like the original. Later, when old plans for the castle were found, they discovered that his dream or vision was perfect down to the last detail. 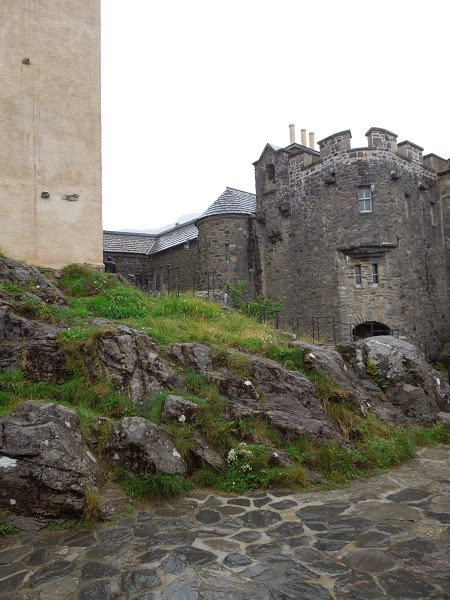 The ground plan from earlier phases was used when restoring the castle. The north wall of the keep was rebuilt and the south wall incorporates much of the earlier structure. The mass of the thick walls was reduced through the use of passages, closets and stairs cleverly built into them. They also inserted large Gothic windows. 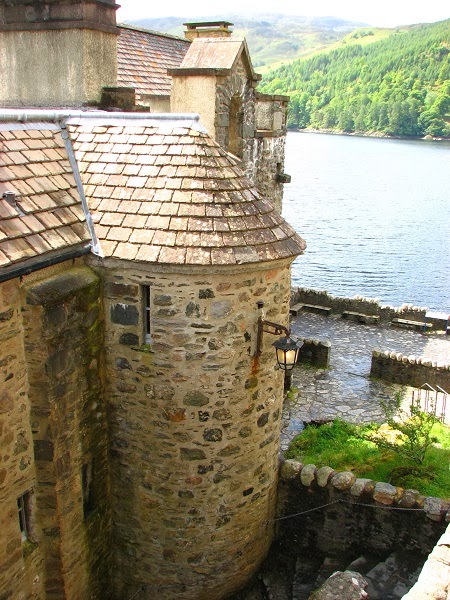 The stones used in the rebuilding was quarried locally, dragged to the shore by horses and transported to the island by boat. Wood and ironwork came by train from Edinburgh to Kyle of Lochalsh. The thick green roof slates came from Caithness. The project cost a quarter of a million pounds and was completed in 1932. 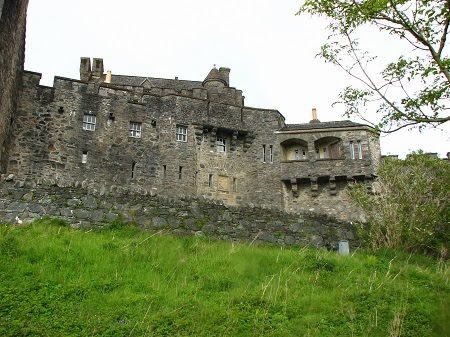 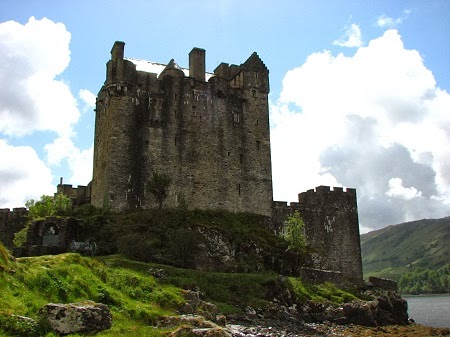 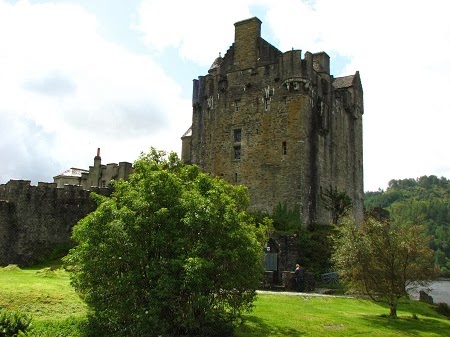 Thank you for visiting Eilean Donan Castle with me! :)
Vonda

I love that it was rebuilt! Tweeted.

Thank you so much, Ella!!

Wow. Gorgeous pictures of an amazing place. Thanks for sharing!

Thank you for taking me back to Scotland, Vonda! I always enjoy your stories and pictures. This was fascinating.

Thanks tons, Mary!! So glad to bring back good memories!

So fun to learn more about this! Thanks, Vonda!

I especially love your photo with the thistle in the foreground. You have such an eye for taking great photos. I didn't know about the past and found it so interesting. Great job, Vonda. :)

Thank you so much, Paisley! I love taking pics of thistles and other Scottish flowers. Sorry you are homesick. :(

Gives me goose bumps about Farquhar. Really makes me wonder about reincarnation or receiving messages from another dimension.

I agree, Julie. I thought that was neat.