The Sculptures at Biltmore

Visiting Biltmore Estate in the late fall and early winter, when the foliage is all gone draws my eye to the beautiful classical sculptures. I thought I would share some of those with you today. 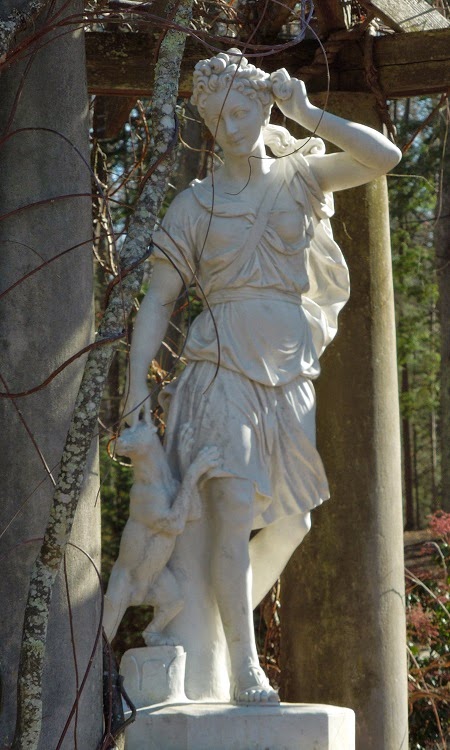 A statue of Diana stands in a small temple at the top of the hill overlooking Biltmore House. Diana was the twin sister of Apollo and was one of the twelve Olympians. She is the protector of wild animals especially deer and also goddess of the hunt and woodland. Appropriate here since Biltmore Estate has a lot of deer. She carries a bow, arrow and quiver. The dog is said to represent fidelity or chastity. 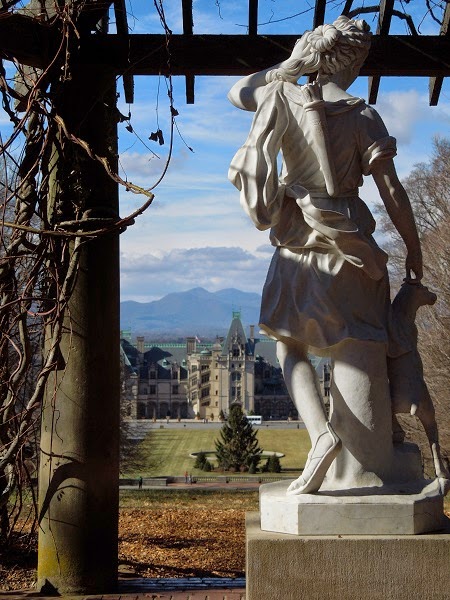 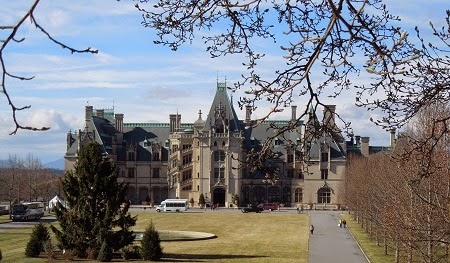 Looking at the house from a distance, it's hard to believe how many sculptures, statues, grotesques and gargoyles are incorporated into the exterior design. Most of these are high up on the roof and I had to zoom in to photograph them. Some are difficult to see with the naked eye. I wish I knew the story of all these. 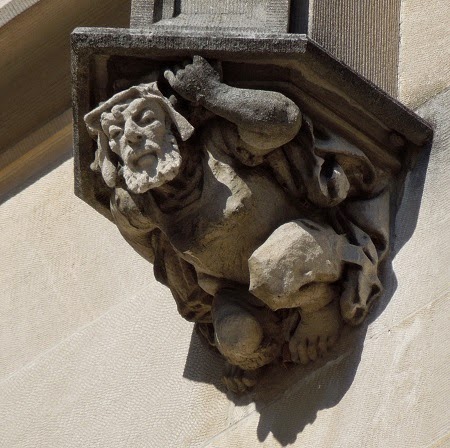 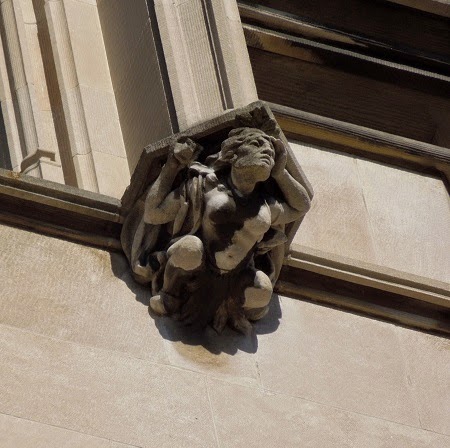 The entrance lions are said to be carved of Rosso di Verona marble from near San Ambrogio Valpolicello in Italy. They are believed to date to the late nineteenth century and were placed here in late 1899 or early 1900. Here are the sculptures on the South Terrace. I haven't been able to find out anything about them yet. 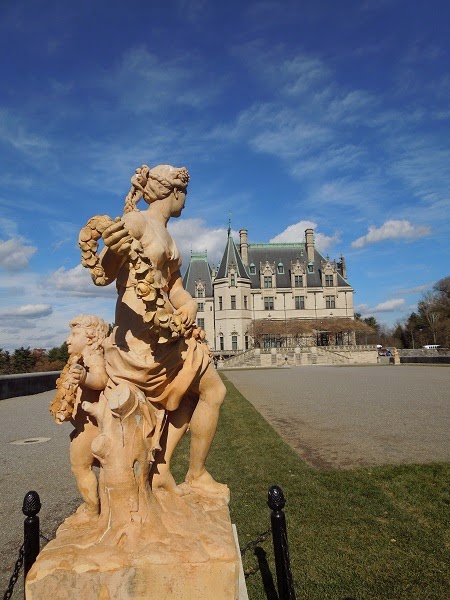 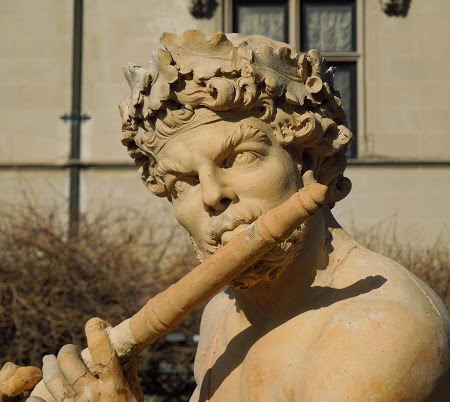 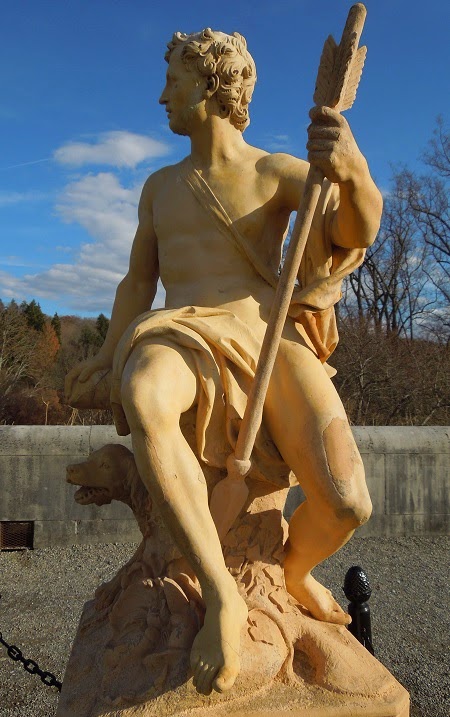 I hope you enjoyed this sampling of the sculptures and statues at Biltmore. Of course there are several more. Hope you get to visit Biltmore and see them in person. 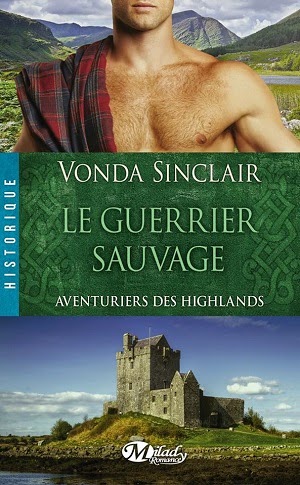 The French version of My Fierce Highlander (Le Guerrier Sauvage) will be released Friday, Dec. 5. I've already started getting good reviews on it in French. The English Kindle version is on sale for .99 cents at Amazon.

Gwyneth Carswell, an English lady banished by her father to the harsh Scottish Highlands, wants nothing more than to take her young son away from the violence of two fighting clans--her own distant kin, the MacIrwins, and their enemies, the MacGraths. She risks everything to rescue the fierce MacGrath warrior from the battlefield where he’s left for dead by her clan. She only knows she is inexplicably drawn to him and he wants peace as she does. When her clan learns of her betrayal, they seek vengeance. Dare she trust the enemy more than her own family? Laird Alasdair MacGrath is driven to end two-hundred years of feuding with the MacIrwins. But by taking in and protecting Lady Gwyneth and her son, he provokes more attacks from his mortal enemy. As the danger and conflict surrounding them escalate, Alasdair and Gwyneth discover an explosive passion neither of them expected. With the arrival of a powerful man from her past, a horrible decision confronts her--give up her son or the man she loves. 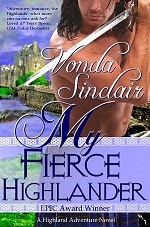 Hello Vonda.
Lovely pictures, as usual. I'm trying to guess what some of these sculptures represent and why they were placed there... Imagination running wild here! :)
Annie (aka Kelly Ann Scott)

I loved the pictures- thank you for sharing :-) Brought make memories from my visit.

Beautiful photos. Biltmore reminds me the large estates in Scotland.

Thank you, Annie! It is a very inspiring place. :)

Thank you for checking it out, Alanna! I'm glad you like them.

Great pictures, Vonda! Felt as if I were there!