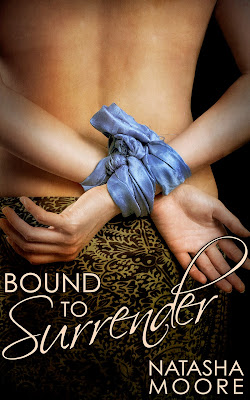 Now a successful illusionist, Alexander Black has returned to settle an old score. And to seduce Gabriella. With a blindfold and handcuffs and blood red roses, he entices his former lover and magician’s assistant back to his Las Vegas penthouse. If all goes according to plan, she’ll surrender to him before she discovers everything isn’t as it seems.

Previously published as Smoke and Mirrors.

“Gabriella,” he murmured and captured her lips with his.

Soft and gentle at first, he brushed his lips against hers, teasing her with his taste, so intoxicating, so familiar. Gaby parted her lips for him, aching for his tongue plunge into her mouth. But he didn’t do that right away. He swept his tongue along her lips, wetting them, making them slick. Making her yearn to drink him in.

Maybe he was psychic too, for just as she was about to reach up and pull him closer, he slid his hands down her arms and pinned her wrists to her sides, still sweeping his tongue back and forth across her lips,.

Then he began to nibble.

First he nipped at her bottom lip, hard enough that she wondered if he drew blood. Then he ran his mouth along her jaw line, sucking and nipping until he reached the tender skin of her neck. She shivered with delight.

“You’re so delicious,” he murmured. “A rare treat for my taste buds.”

Gaby laughed out loud. “You’re so full of shit.”

Alex shook his head slowly. “Gabriella, we have to talk about that mouth of yours.”

“You like my mouth,” she said and ran her lips along his throat. “You love my mouth. The way it tastes. The things it does.”

Bound to Surrender is hot and sexy and available now!