I did posts about Iona Abbey Part 1 and Part 2 in previous weeks. Today I'm covering the nearby nunnery.


The Augustinian nunnery on Iona was founded around the year 1200 by Ranald, Lord of the Isles. Even though it is a ruin, it is still one of the best preserved nunneries in Britain.


It is believed that Iona's first nuns came from Ireland where Augustinian houses were customary. 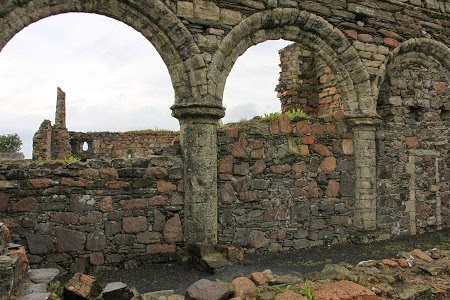 The arcade in the nave of the church (above) was probably blocked up during renovations in the 1400s. It is believed that the nunnery was enlarged at this time. The west range of the cloister is completely gone and a road now runs through this area.

The south range is the best preserved. It contained a large refectory (above) where the nuns ate meals. 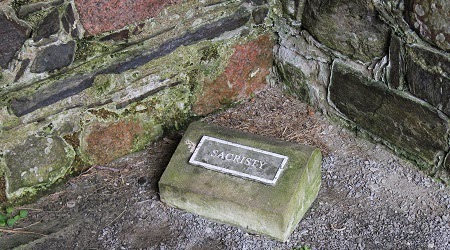 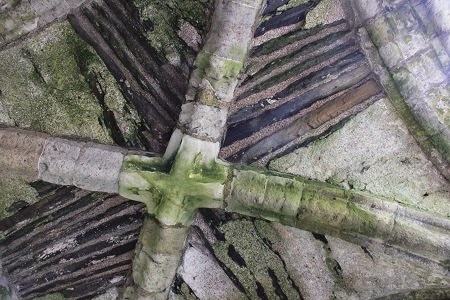 The rib-vaulted ceiling in the small chapel at the north-east of the nunnery church.


The nunnery was laid out around a square cloister with the church along the north side and the other domestic buildings along the other sides.
The church was constructed in the 1200s. It has hardly been changed from its original design. The north chapel has an Irish-style triangular-headed window and a rib-vaulted ceiling. This is the only intact part of the church. The chancel also had a rib-vaulted ceiling, a rare feature in West Highland medieval architecture. 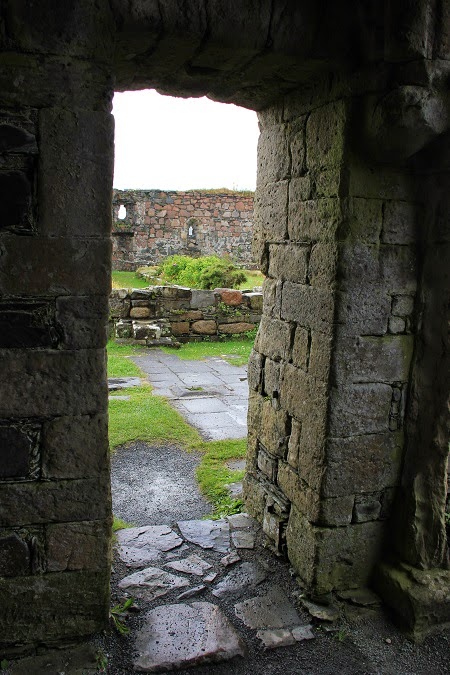 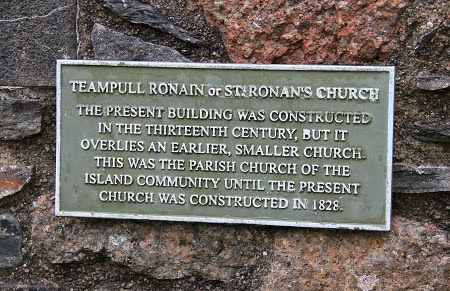 Thanks for taking the tour of the Iona Nunnery with me!
Vonda 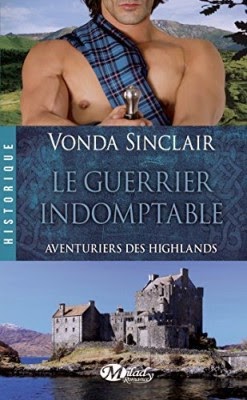 I'm glad to have the cover of the French edition of My Wild Highlander (second in the series). The title has become Le Guerrier Indomptable (directly translated as The Indomitable Warrior.) It will be released in January in France and French-speaking parts of Europe. The first book in the series released last Friday. I love the cover and I'm glad they included Eilean Donan Castle on it. :) 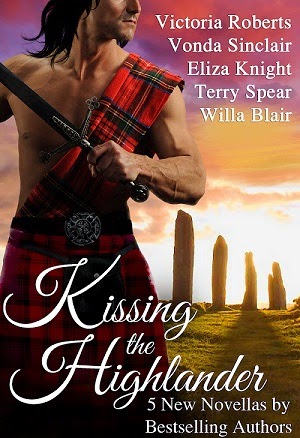 The Kissing the Highlander anthology will contain five novellas set in different historical time periods, from medieval times through the 1600s. Standing stone circles feature in each novella. I'm happy to be a part of this anthology with these great authors and friends. My story is titled My Captive Highlander. It will be released in February.
By Vonda Sinclair at December 09, 2014
Email ThisBlogThis!Share to TwitterShare to FacebookShare to Pinterest
Labels: Highland romance, Iona Abbey, Iona Nunnery, Scotland travel, Scottish Highlands, Scottish historical romance, Vonda Sinclair, western Highlands

Hello Vonda.
Love these posts. It's a sacred place and your pictures convey this well... :)
Annie (aka Kelly Ann Scott)

Love your pictures, Vonda! And can't wait for Kissing the Highlander to come out. Such a great cover. Fantastic on your French release!

I agree, Annie, it is a sacred place. Thank you! I enjoyed taking photos of it.

Thanks, Terry! I'm thrilled to be in the anthology with you ladies!

Thank you for checking it out, Collette!

Great post, Vonda, and it helps me in my research for a series I have planned. I, too, take pictures of signs and diagrams--so helpful! Looking forward to reading your book!

WOW this place is just amazing and your photos show it at its best. Loved being taken their today. Thanks!!

Regan, I'm so glad you found it helpful. Yes, I like taking pics of the signs and information. It helps me piece things together later. Thanks!

I'm so glad you liked it, Paisley! Thank you!

What a wonderful post...if only those walls could talk! I pray the souls who lived and toiled in that sacred place to the greater glory of God are with him now in peace!

Thank you and I agree!

Loved the tour, Vonda! Hope to go there one day!