Why I Write What I Do 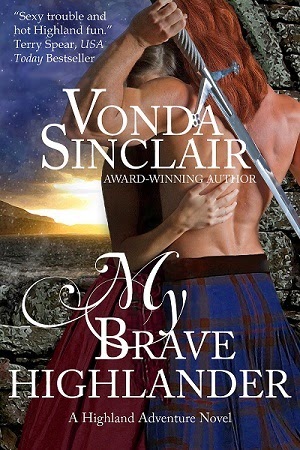 What am I working on? I'm finishing up a Scottish historical romance novel, My Rebel Highlander, sixth in my Highland Adventure Series. The hero is Robert MacInnis, the Earl of Rebbinglen, affectionately known as Rebbie to his friends. Rebbie has been an entertaining secondary character in the past four books of the series. He's the friend of several of the other heroes, especially Dirk from My Brave Highlander and Lachlan from My Wild Highlander. Rebbie also features prominently in My Daring Highlander. He's a charmer and somewhat of a lady's man with a wry sense of humor and a keen sense of curiosity--or nosiness--as his friends say.

I hope readers will enjoy this story! It's a bit different from some of my others. But I always say that. LOL I do try to make each book different from the previous ones so readers can't anticipate what will happen next. Of course, since it's a romance, we all know it will have a happy ending. But what kind of emotional and physical trauma will the characters have to endure before they get there?

Rebbie is probably one of my most well-known secondary characters and it was fun to learn more about his past. He does have some interesting secrets. :) 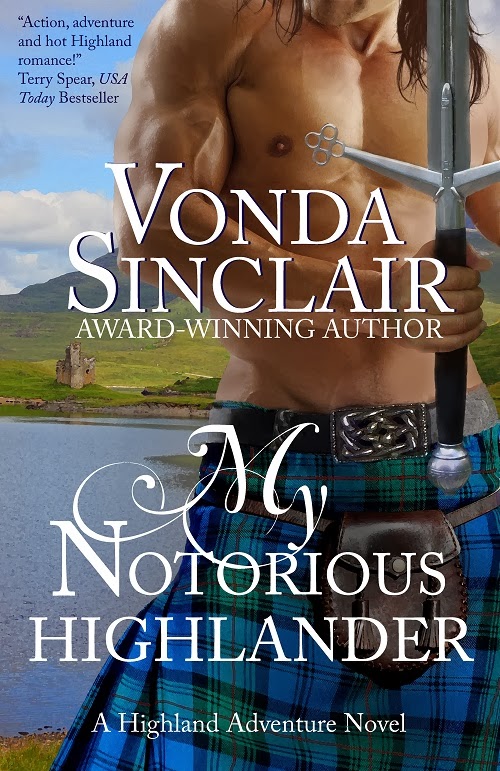 How does my work differ from others in its genre?
This is difficult to answer. One way my books differ is that generally my heroines are unconventional for historical romance heroines. I rarely write innocent, inexperienced virgins who have little in the way of backstory. The heroines who pop into my mind have an interesting past and usually they've endured hard times in one way or another. These women are sometimes not pure as the driven snow (but sometimes they are), nor are they strumpets. LOL But somewhere in between, much like modern women in some ways. Of course, they have to conform to society's edicts to an extent, but they're not defined by it. They have often been controlled by men in the past, but when they have an opportunity to make their own decisions and choices, they go for it. Deep down, they're strong, admirable women who care about their family members and friends, and would risk life and limb for those they love. But they're not perfect. They have flaws, and in many cases, some of the men in their lives in the past have forced them into abhorrent situations. But this doesn't destroy the women. The saying what doesn't kill you makes you stronger applies in this case.

Why do I write what I do? I love historic Scotland! I have been to Scotland, but not Scotland of the 1600s, of course. :) But I like imagining what it might have been like. It was a harsh and forbidding time to live and, in the Highlands, no doubt surviving was even more of a challenge. I enjoy writing about tough Highland warriors who fought for everything they had. Enemies were often challenging them from all sides, if not Englishmen, then the neighboring clan, some greedy and vengeful enemy, or even their own clansmen. Politics was an ever-shifting sea. Sometimes whether someone was friend or foe was unclear. Treachery and intrigue ran rampant.

But, even more important to me is the romance. I love writing about the complex and spellbinding process of two people falling in love. It is a mélange of intense emotions such as fear, hope, joy, excitement, anger and many other things. Setting these stories in historic Scotland dictates that the characters must follow a certain set of cultural and societal guidelines, which I enjoy. It's wonderful to watch love flourish in these sometimes harsh conditions, like seeing beautiful heather bloom on a rock cliff. 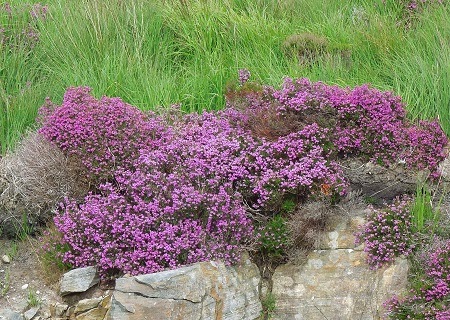 How does your writing process work? First, I brainstorm ideas. In the case of My Rebel Highlander, I already knew I was going to write Rebbie's story. I had set this up in the previous book. And I knew Rebbie pretty well. I started imagining what kind of heroine would be right for him. What kind of woman would he be most attracted to and want to spend his life with? In general, he's not too keen on marriage, so I knew the woman would have to be really special to him. I looked into the past to see what I could pull out and use to create an intense, emotional and adventurous story. Once I start getting good solid ideas for the characters and the situation they will face, I start writing rough draft scenes. These are usually dialogue and action only. Sometimes these are in order and sometimes they're not. It depends on when the scenes come to me, but I put them in order and keep a scene list so I can make sure everything flows in the right order. I also research specific things that I need to know during the rough draft process, if I haven't already researched it beforehand. But sometimes I don't know what I'll need to know until I reach a certain point. A setting or location, for instance. Or maybe a little known Scottish law.

Once I get a section roughed in, I go back and flesh out the scenes in a couple more drafts, adding emotion, description, and lots of other things to give the reader a full experience as if they're living in the story. Once I get this done for the whole story, I go back to the beginning and smooth and polish. Then it's ready for my critique partners and beta readers to go over.

Look for writing process posts from these authors:

Ashley York has a MA in history and writes books set in the high Middle Ages in England, Scotland and Ireland.


My Fierce Highlander is still on sale for .99 cents! 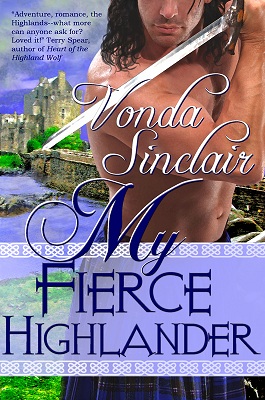 Laird Alasdair MacGrath is driven to end two-hundred years of feuding with the MacIrwins. But by taking in and protecting Lady Gwyneth and her son, he provokes more attacks from his mortal enemy. As the danger and conflict surrounding them escalate, Alasdair and Gwyneth discover an explosive passion neither of them expected. With the arrival of a powerful man from her past, a horrible decision confronts her--give up her son or the man she loves.
By Vonda Sinclair at April 01, 2014
Email ThisBlogThis!Share to TwitterShare to FacebookShare to Pinterest
Labels: highland historical romance, romance writing, Scottish historical romance, Vonda Sinclair, writing

I just love the name Rebbie! It connotes so much. You clearly put tons of thought into your stories, Vonda, and it shows. I hope you enjoy your writing process as much as your readers enjoy the results. Best, Pat

Thank you, Pat! I'm glad you like Rebbie's name. I absolutely love writing!

I loved reading your process!!! Its so interesting to see how all of our minds work :) And you know I can't wait to read Rebbie's story!!! I've been waiting for him!

Thanks so much, Eliza! I enjoyed learning about your writing process too! Also thank you for wanting to read Rebbie's story! :)

Enjoyed reading about your process!

Thank you so much, Alanna!!

Nicely done Vonda! Your Scotland pictures had already grabbed my interest, however, I NEVER read historicals...
... but the way you've described your heroines makes me think I'd like yours. They sound like the kind of women I like and like to read and write about! Welcome to my TBR pile :)

Kathryn, thank you so much! I consider that a great compliment! Thank you for wanting to read my books, even though you don't normally read historicals!

Wow, Vonda! From your books to your writing process I'm thoroughly impressed! I'm like you where I like a very strong heroine. So like Kathryn I've added all your books to my Wishlist!

Loved it, Vonda. So glad to know Rebbie will soon have a book. Thanks for sharing!

Thank you, Lani!! Strong heroines are wonderful, aren't they? Love them! Thank you for adding my books to your wishlist! I'm glad you like the heather pic too!

Donna, thanks tons!! I'm glad you are interested in Rebbie. :)

Great post, Vonda! Always so interesting to hear how a writer's mind works! Love those strong heroines, right along with your hot heroes!

I enjoyed reading your writing process, Vonda. It's an amazing journey for us writers to find what truly works. And I love a strong heroine, too! :)

I love hearing how other authors write. I also love a heroine with a past! Thanks for sharing, Vonda!

I agree, Mary. Each writer does it differently. Thanks for checking it out!!

Alina, thank you for reading it!!