Devlin's Destiny is up for .99--First scene

Hey guys, I have a re-release up for .99 on Amazon. I'm working on the Nook version. Just ran into some technical difficulties. This used to be under Esmerelda Bishop. I used to write under that name, but I retired it a couple of years ago. The story has been sitting online collecting dust since. So I decided to brush it off, give it a sparking new cover, update it and re-release it. This is a fun story with a twist. Here are the deets and the first scene: 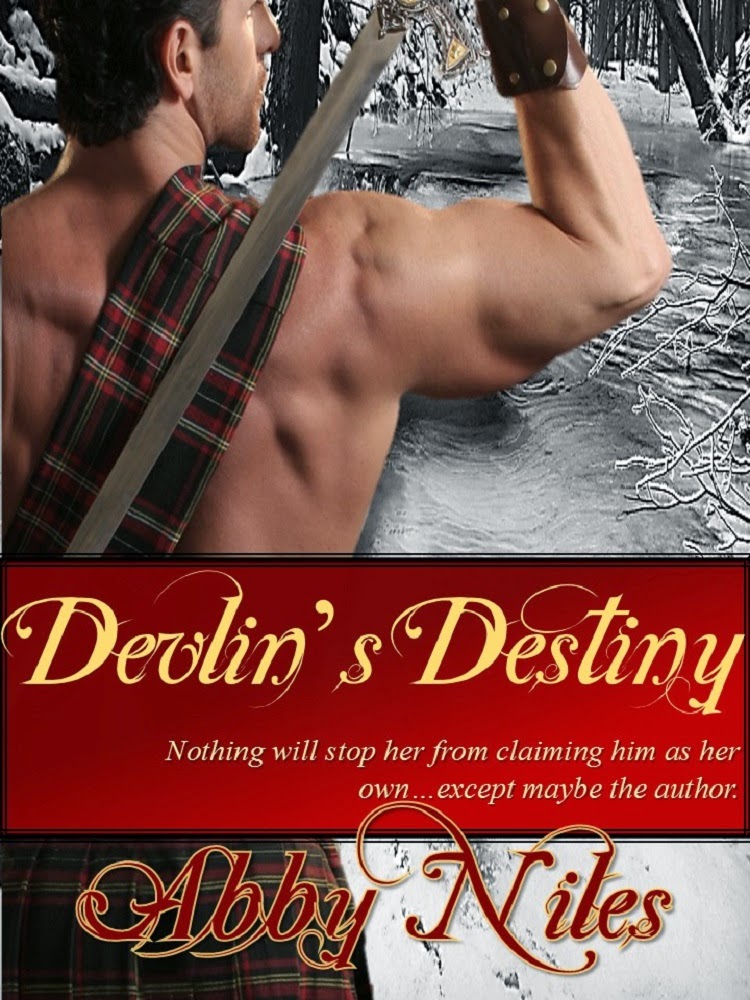 How many readers want to trade places with the heroine in their favorite romance novel?


Gabby Stone is getting that chance.

Choosing between finding a way back to her shambles of a life or shacking up with a muscular kilted highlander is an easy decision…or so she thought. It quickly becomes apparent that her new living situation comes with major strings attached and being the leading lady isn’t what it’s cracked up to be.

With each turn of the page, obstacles are thrown in her path as a war between love and written words ensue. Can Gabby overcome an author’s vision to claim Devlin for her very own?