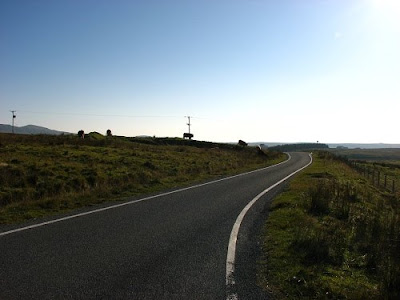 One new thing I tried during the last few months was driving in the UK. As you know, they drive on the left or the “wrong side of the road” to us Americans. This was something I was excited about learning, yet also terrified of. 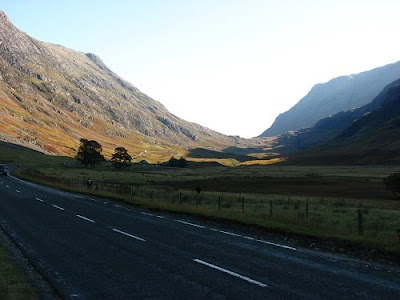 When driving in the Highlands, it’s easy to get distracted by the beautiful scenery or the hairy Highland cows. Sometimes it's better to pull off the road and look your fill. :) Above is Glencoe 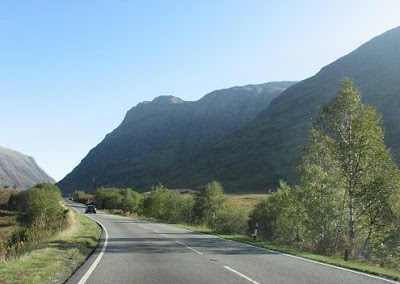 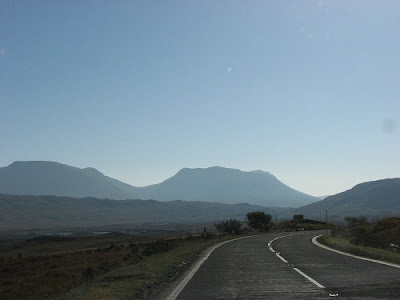 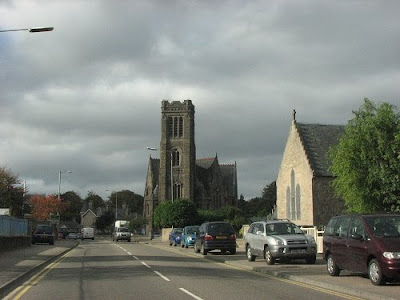 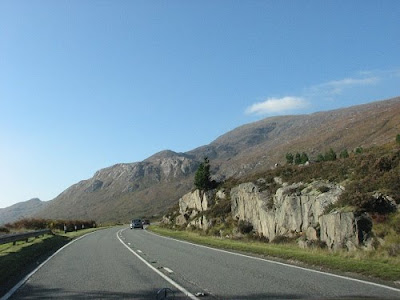 In the end, driving wasn’t so bad. Yes, almost everything is reversed to what we’re used to. You have to sit on the right side of the car. You shift the gear with your left hand. Luckily for us, we’d asked for an automatic when reserving the rental car. Fortunately, the gas and brake are in the same place as American cars. 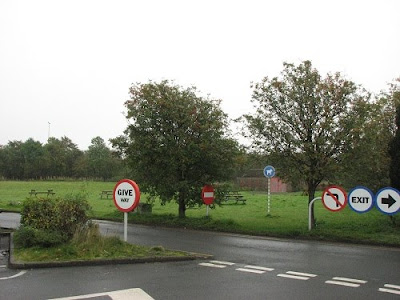 Before you go, I recommend that you study all the UK road signs online, just as if you were going for your license renewal in the US. The UK also has a lot of signage or symbols painted on the pavement itself.

What do you need to know if you’re a beginning driver in the UK? Study the maps of wherever you’ll be driving first. (Or have a companion do it.) In our case, I studied the maps beforehand and my friend did the driving the first day. (I was terrified, remember?) So anytime it wasn’t clear which road, ramp or turn to take, I knew based on what I’d already studied on Google maps, etc.

Use a GPS. It won’t always steer you to the right destination but most of the time it will. 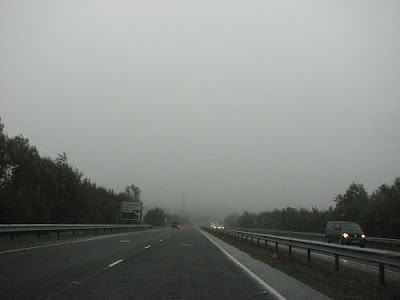 Until you get comfortable, don’t speed or try to keep up with traffic. Yes, you will no doubt make some of those Scots angry, but it’s safer to not drive faster than you’re comfortable with. There is often a lot of fog or the famous Scottish mist and also rain.

Take a deep breath, and don’t worry about it. At some point, you have to gain confidence and just go for it. I didn’t want to drive through the middle of Edinburgh, or any city for that matter. But once we were in the country and small towns, where the pace is slower, I was ready to try driving for the first time. It wasn’t so bad. It was like being in drivers ed again. 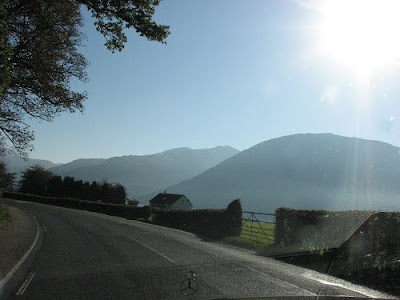 For one thing, you have to learn where you are in relation to the edge of the road. Most of the two lane roads are narrow and they have a curb right at the edge of the lane (see above). No shoulder, like we usually have here. So the positioning of the car in the lane has to be very precise. This to me was the most difficult thing to learn, and to deal with. Since you’re on the opposite side of the car than you would normally be, the tendency is to get too close to the curb, scrub it, or even hit it with the tire from time to time. My friend did hit it once, but nothing bad happened, just a slight jolt.

Another important thing that’s difficult to remember is which way to look when you’re making a turn from a main road onto a side road. Look in the direction you’re facing. My friend forgot this one time and we almost got smashed. But luckily the other driver slowed down in time. When pulling from a parking lot onto the road, I developed the habit of making sure nothing was coming from either direction. That way I was safe for sure, instead of having to figure out the logistics of everything again. One time I even pulled out onto the wrong side of the road but my friends' screams quickly reminded me which lane I was supposed to be in. :)

Roundabouts (aka traffic circles) are the things that give most new UK drivers nightmares. Yes, they can be scary and intimidating, depending on the size of the roundabout and how much traffic there is. In small towns, they’re not so bad. But some roundabouts are three or four lanes deep. And some roundabouts have traffic lights. No matter the size or amount of traffic, the important thing to remember is: don’t pull out in front of a car already in the roundabout. The cars in the roundabout always have the right of way. If the road approaching the roundabout has only one lane, no problem. You pull up, wait until there’s nothing coming, then you pull out and signal for which turn you’re taking. If you’re turning left, signal left. If you’re going straight, wait until you pass the first exit, then signal left and take the correct exit. If you’re turning right, signal right. Once you pass the other exits, signal left to get off the roundabout. Clear as mud?

Here’s a video that explains it more clearly.

If there are two or more lanes approaching the roundabout then you have to figure out which lane you should be in. If you’re going left, it’s easy, signal left and then take the first exit. I'll let this video explain the rest.

Learning how to navigate 3 or 4 lane roundabouts 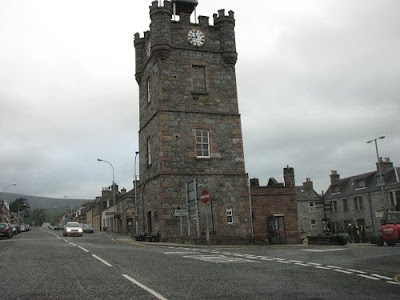 Towns or cities are the most difficult to travel through. Two lane roads can also be a pain at times. Wide four lane roads are probably the easiest because, well, they’re wide. If you go slow, people behind you can pass. If someone in front of you is slow, you can pass.

We found two versions of the single track or one lane roads. In places like Isle of Skye (see top picture), the roads have plenty of passing places. You see a car coming in the distance and whoever gets to the passing place first stops so it’s easy to pass. But in places like rural Aberdeenshire, there are more bushes, trees and shrubbery so you can’t see very far around curves. And there are almost no passing places. Luckily we didn’t meet anyone. I really didn’t understand what we were supposed to do if we had. Scrape by and drive half on the grass? Good luck with that if you’re meeting a huge farm tractor.

The terminology is also different at times, for example, overtake means pass. And give way means yield.
Driving in the UK was definitely an adventure and something I look forward to practicing more. :)
Vonda
www.vondasinclair.com
By Vonda Sinclair at January 25, 2011
Email ThisBlogThis!Share to TwitterShare to FacebookShare to Pinterest
Labels: driving in Scotland, Scotland travel, Vonda Sinclair