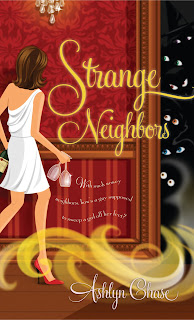 Do you believe in Magick?

Witch meant “wise woman” to our Pagan ancestors, as it does to me. I cannot think of any more appropriate term. Laurie Cabot (the official witch of Salem, MA) warned, “Do not teach this craft to fools.” I don’t think I hear that quite enough. There is great power, thus great responsibility, at our wand-tips. Those who are governed by knee-jerk reactions or vindictiveness have no business wielding magic as a weapon. For those who fear modern day Wicca, know that the number one fundamental lesson we are taught is “Harm none.”

A craft is something creative. It’s also something we practice. Authors create and practice their craft each time they write a story—Wiccans may draw a magic circle and put an intention out to the universe as part of practicing their craft. Because I wish to be a wise-woman, I never told a certain ex-friend that I was involved with the craft. She had a hair trigger temper and revenge was something she thought was good to get. Right after Hollywood released, “The Craft” she asked me if I knew where she could learn witchcraft. I told her she should probably realize that Hollywood wasn’t real. I went on to mention that Witches today were more like a bunch of earthy, peace-loving hippies. She quickly lost interest.

In my recent release Strange Neighbors, not only do I have a ghost haunting the apartment building, but an array of paranormal characters who live there. Among them are shapeshifters of various types, a vampire, and two witches who are roommates. The elder is teaching her sometimes foolish younger cousin the craft with an emphasis on responsibility. I had great fun with these characters. So much fun in fact that although they show up in each book, the third and final book in the series features the witches prominently.

Having just finished writing that manuscript, I had to say a bittersweet goodbye to these characters. Meanwhile, I’m delighted to share the fruits of my labors with the world. Book 1 Strange Neighbors is available now; Book 2 The Werewolf Upstairs is coming Feb 2011. And I hope to be talking up book 3 The Vampire Next Door at about this time next year. I’m delighted with my adorable book covers, and hope you like them too.

I’ll be signing Strange Neighbors at the New Jersey Romance Writers conference 10/23—just in time for Halloween. If you can’t make it to that but would like a signed bookplate (or 3) just let me know. I’ll be happy to mail them to you, your book club or bookstore customers. You can contact me via my website.

http://www.ashlynchase.com TITLE: Strange Neighbors
PUBLISHER: Sourcebooks
RELEASE DATE: 6/1/10
URL: http://www.sourcebooks.com/products/romance/9781402236617-strange-neighbors.html
ISBN# 9781402236617
GENRE: Light Paranormal Romance
LENGTH: Novel
When all-star pitcher and shapeshifter Jason Falco buys a small apartment building, he sees it not only as an investment but as a place to escape the demands of Major league baseball.
That is, until he meets his tenants—a sarcastic unemployed vigilante vampire; a wereraven with a morbid sense of humor; a super friendly salesman werewolf; and two witches with an owl familiar who work as phone sex actresses. Not to mention a ghost haunting the place and an all too human nurse he’d like to get to know better. But with all the hooting, howling and hollering going on, how’s an all American shapeshifter supposed to sweep a girl off her feet?

Ashlyn Chase describes herself as an Almond Joy bar. A little nutty, a little flaky, but basically sweet, wanting only to give her readers a scrumptious, satisfying, reading experience.

Represented by the Nancy Yost agency in New York, NY, she lives in beautiful New Hampshire with her true-life hero husband and a spoiled brat cat.

Where there’s fire, there’s Ash
www.ashlynchase.com
Check out my news, contest, videos and reviews.
http://www.myspace.com/ashlynchase Find me on MySpace and be my friend.
Chat with me: http://groups.yahoo.com/group/ashlynsnewbestfriends/
Yes, I’m on facebook and I tweet as GoddessAsh.
By Natasha Moore at October 29, 2010
Email ThisBlogThis!Share to TwitterShare to FacebookShare to Pinterest
Labels: Ashlyn Chase, Stange Neighbors

It's probably a good thing you talked your ex-friend out of wanting to learn witchcraft. :)

Sounds like your ex-friend isn't the kind of person who should wield any magick. And yes, I believe in magick, but I'm not so sure I believe everyone possesses magick. Do you believe we all have magick in us? Or are just a few gifted with it?

Hi Ash! Just wanted to stop by and say Hi! I look forward to when the next book, The Werewolf Upstairs comes out! I'd love to have an Arc of that book too!!! I know want want want right, I can buy the book, but I can't get the Arc but through you! :) Since I have the first Arc signed I was hoping for the collection. :) Are you planning to give any away or have contests like with the last Arcs?

Thanks Ash your the greatest!
And the best paranormal comedy writer I know! Hope a lot of people will get your book for a Halloween treat for themselves or someone they love!
~ Hugs, Christine

I think everyone has the ability to use magick. It comes from the Goddess and all we do is channel it. However, if one doesn't believe in some kind of greater power or energy in the universe, they're not apt to believe in magick or bother to develop it.

I still have to send the arcs to reviewers. If I have any left over, I'll see what I can do. (You'll be first on the list.) However, it's full of mistakes and the final copy should be corrected.

Who ever said writers have an easy job was crazy. Now you are saving all us regular folks from people thinking using witchcraft against us is a good thing. If it works or not isn't even the point. Some of those old "magic" books call for mixing chemicals that cause fires and explosions! We should say thanks!
Ok maybe that way laying it on a bit thick, but still...You really are working too hard if you are blogging while working at a con while promoting a upcoming book while still promoting your current release. I am tired just thinking about it. What happened to a writers life being one of sitting and enjoying the view out the window? Modern times are not good for the body. I am impressed!
And The Werewolf Upstairs sounds like it will be as good as Strange Neighbors was! Way to go!
Vicky

I wish a writer's life was like you describe it. Maybe it was at one time. Now, if we don't show our publishers sales figures they like, they won't give us another contract!

Oops. Don't know what I did wrong, but sorry!

Thanks for having me, Natasha!