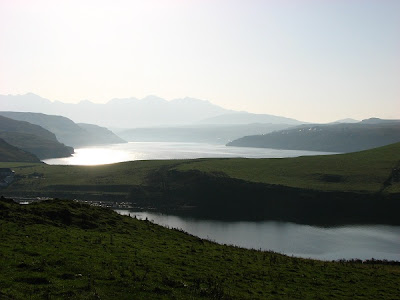 One of my favorite days on my recent trip to Scotland was exploring Isle of Skye. It was a bright, sunny day and warm by Scottish standards. 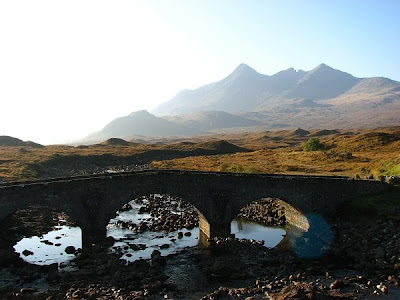 We passed the Sligachan Bridge and drove to Dunvegan Castle on the northwest side of the isle. 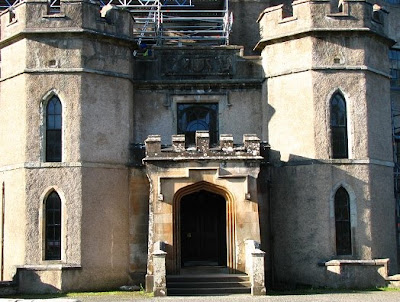 The MacLeod chiefs have lived at Dunvegan for over 700 years, longer than any other line of clan chiefs have possessed their lands and castle. Leod was the youngest son of the last Viking king of the Isle of Man and the Hebrides. In the 1200s he possessed a large portion of the Hebrides. In 1340 the third clan chieftain, Malcolm, built the large square tower at Dunvegan. 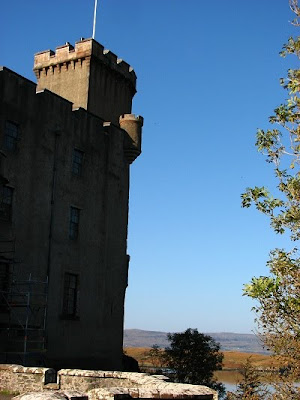 The tall Fairy Tower was added in 1500 by Alasdair, the 8th clan chieftain. The current look and design of the castle dates from 1840-50.

Upon arriving we found the landscape and gardens beautiful, lush and colorful. Thanks to the warming effects of the Gulf Stream, less hardy plants can grow here. Below is a photo of heather. 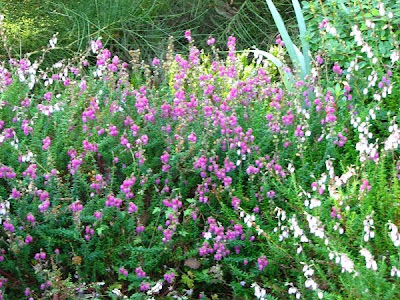 The castle was being repaired which didn’t bother me. I’m glad to see important historic buildings being taken care of. We weren’t allowed to take photos inside but I enjoyed the many paintings, old weapons, furniture and the historical atmosphere of the rooms. I was glad to see the Fairy Flag on display.

The Fairy Flag (below) is a tattered and worn banner of silk from the Middle East or Far East. It is said to have mysterious, magical powers to protect the clan during times of war or danger. Legend says the flag was presented to one of the MacLeods by a fairy. One source says it dates from the 4th – 7th centuries. Another says it is at least a thousand years old. (The photo below was taken in the 1920s.)
Another important relic at the castle is Sir Rory Mor’s horn, a drinking horn (above). Legend says before a chieftain can be instated and to prove his manhood, he must drink a horn full of wine without stopping and without falling down. 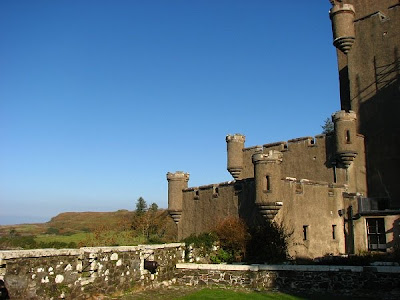 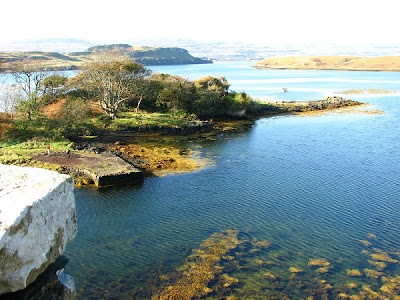 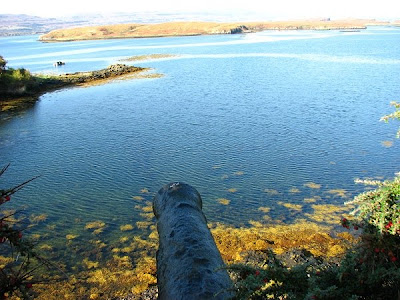 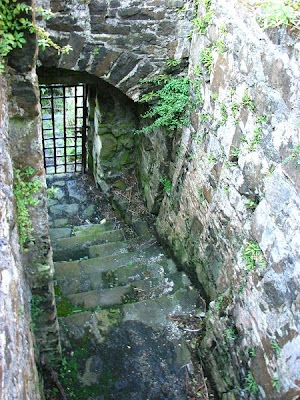 Outside in the back were beautiful views over Loch Dunvegan and steps that led down to the sea gate (above). We also observed MacLeod’s Tables, beautiful flat topped mountains, (below) along the way. 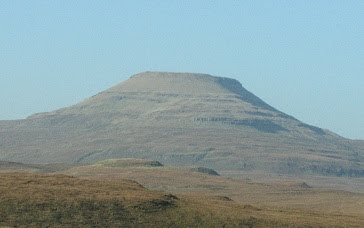