Characters Who Inspire You.

Something or someone has inspired me to write each story I have jotted down. For the first novel I wrote (which will never see the light of day) a soap opera I watched inspired that story. Weird, I know, but it did. Years of being a cat lover inspired The Feline Fugitive. My favorite romance inspired A Love Rewritten and so on.

Last week, I talked about my love for MMA, which inspired the hero of my novel that is making the rounds. This week I would like to talk about the heroine of that same story.

Who inspired the creation of Caitlyn?

I knew sooner or later I would have to write a Caitlyn. I just wasn’t sure when it would be. Then the idea for Extreme Love hit me and I knew Caitlyn would be the perfect heroine for my hard-bodied hero.

Like me, Caitlyn has spent her entire life struggling to lose weight and finally she succeeds in losing eighty pounds. The next thing she knows, life as she knew it, is no longer the same. The clothes are different, the MEN are different, the way she views herself is different. In certain ways, she feels she is still an overweight woman trapped in a smaller body. And that is where the true struggle begins. 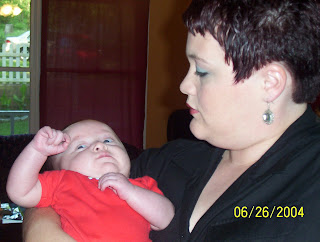 Everyone is different in their reaction, but for me, losing weight has been one of most life-altering changes of my life. Yes, this is above getting married and having twins. Those things changed my life as well, but nowhere have I asked myself, “Who am I?” When I’ve always believed I knew exactly who I was. Then I won a lifetime battle of the bulge and suddenly I’m not exactly the same person anymore. Yes, I was still the fun-loving, loud-laughing person inside. But I would stand in front of a mirror and think who in the heck in this person staring back at me. 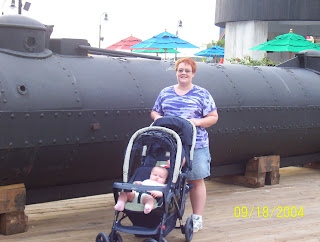 That was when I realized that losing the weight was only half the battle and I still had a long way to go. I wasn’t a person who was once small, gained weight and lost it. I was a person who had never been below a size 18 (well maybe when I was 10, LOL). I spent my childhood and my early 20’s overweight. Always shopped in the plus-size clothes (I actually bought clothes even bigger to hide in and Hide is exactly what I did.) I was embarrassed to go to the gym, worried about what people would whisper behind my back. All of these things changed.


Eighty pounds later, I’m accepting the new me, both body and mind. Writing Cailtyn helped me with that. I got to therapeutically release my own feelings and went on my on personal battle. I cried with her as she grew because I was faced with the same obstacles. And through helping her with hers, I was able to help myself.

So in all truth, Caitlyn and I inspired each other. I was inspired to write my after-weight-loss journey and she inspired me to learn to accept myself for the new person I am now as she accepted herself. 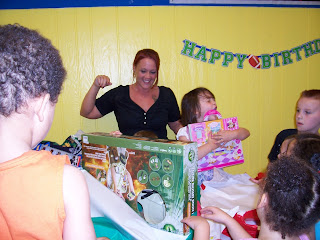 Don’t get me wrong, I still HATE bathing suits, I’m equally not as thrilled with the smaller clothes that cover less of my skin. But this weekend, I bought one of those dreaded suits and sucked it up and wore it. And for the first time, I find myself willing to buy those sleeveless shirts. I also accept the fact that men actually do notice me now, much to my husbands chagrin. LOL. Though he is happy for me and thrilled with the new confidence in which I carry myself.

I never believed losing weight could alter my life so much. But it has. I love the person I have become. I still slip up, you can’t live a certain way for a majority of your life and not, but I have learned how to jump back up, brush myself off and get right back to it. I couldn’t do that before.

So thank you Caitlyn. The one character I have written that has inspired MY life more than any other.

www.esmereldabishop.com
By Abby Niles at May 05, 2009
Email ThisBlogThis!Share to TwitterShare to FacebookShare to Pinterest
Abby Niles
I'm a stay at home mom to 3-year old twins.

Very beautifully written, Jen. I think this will be an inspiration for more writers and readers as they work on their own internal struggles.

I'm just so impressed by your determination to make the changes!

I sure hope Caitlyn gets her name in print soon!

Thanks Tierney and December:):)

Esme,
I was so inspired by Cait when I read her but I think your story coupled with hers is even more incredible.
I would love you to post a blog sometime about how you did it. As a person, who has struggled and is struggling (although pregnant now so not much I can do. LOL) both of you are a huge inspiration to me.
I couldn't read Cait without feeling her strength.
You're such a fabulous writer and I learned so much from you.
Thank you for writing Cait and for everything you do.

Wow, how inspiring, Esme!! I'm also impressed by your accomplishment and transformation! Caitlyn sounds fascinating too!

Now that's a great blog! I'd rush out and buy Cait right now if I could. You need to get it in print. Very inspirational.

You are as fascinating as Cait :) A wonderful and inspiring post!
~Maggie

Now I can't wait to read about Cait. WTG!

Wow, that is an inspirational story. Congratulations on achieving such a difficult goal!

Rebecca,
My one biggest piece of advice is find the fitness instructor who speaks to you. You'll know it when you feel it. That scene in Extreme Love where Dante and Cait are having that conversation after her class. That is dedicated to my instructor. Not only did that man push me further than I ever thought I could be pushed, but his energy, his passion for what he does, drove me forward. Finding that was a huge part of my success. Now I love working out. Never EVER thought I would say that, LOL.
Esme
Esme

Thank you all so much for your comments. I'm glad the blog was inspirational. I worried about posting it.
Thanks you!
Esme

Sorry I'm coming in late here, but great post Esme! Very inspirational. I know how hard you work and I truly admire your dedication!

What a wonderful testimony - keep up the great work!

Great post, Esme! Brought back a lot of memories. As a teen, I lost a bunch of weight during a growth spurt and found the joy of it tempered by the grim realization that people treated me differently just because my looks had changed, even though I was still the same. I learned a valuable lesson I will never forget. Thanks for the memory jogger!

Esme, good for you! What an accomplishment and inspiring story. I'll bet your heroine strikes a chord with many women.

Kristin--Thanks for listening to me whine on occasion, lol.

Cameo-your comment hit a chord. What you said is so true. People do treat you different. One of the things I have struggled to accept.

Esme, I'm extremely proud of you! Thank you for sharing your story, and I wish you many happy, healthy years--years that find you writing lots more books :)