Details, Details--It's all about the location

Although I love reading all subgenres of romance fiction, historicals are my favorite. Something about stepping back in time and vicariously living those time periods through a book’s characters is extremely fascinating and interesting for me. Of course, as an author living in the 21st century, I must rely upon research when crafting my romantic tales. The local library has long been one of my favorite places to visit – for reading and for research materials. But even though there are many facts captured on those written pages, my senses simply aren’t stimulated as would happen if I’m conducting setting research in my favorite way.

I adore visiting the locations where my books are set. Nothing compares to this approach when an author wants to capture intimate and intricate details, especially those involving architecture. During vacations in Salem, Massachusetts, I toured historic properties, became enchanted by the beauty surrounding Pickering Wharf, chatted with some local historians, spent hours at the Peabody-Essex Museum, relished several historical tours and after-dark ghost walks, strolled down Chestnut Street and admired the gorgeous Federal style homes. While the library could have provided me much information, the details I gained while “on location” were far more valuable and memorable.

Two erotic-romance novel ideas were also born during these getaways. One of those sunny spring afternoons found me browsing pendulums and crystals in a Salem shop. As I admired one of the beautiful sunstone pendulums, the name, face and voice of a romance heroine sprang to mind. In a few moments, I had a handle not only on the plot but also on some of her back story, motivations, goals and potential conflicts. I left the display counter, headed back out into the sunlight and jotted the details in a small notebook. On another Salem trip a few years later, I stood among those assembled for a presentation on The Salem Witch Trials. While mesmerized by the glowing red panel upon which the names of the accused were displayed, the handsome visage of a hero from 1700 filled my mind’s eye. Suffice it to say, I focused on him and missed the remainder of the historical presentation. On returning to the bed and breakfast, I spent a couple hours jotting notes and plotting the first half of another historical romance.

My most recent vacation to New Orleans and the breathtaking Garden District made my erotic historical romance,TORMENTED, possible. Lush pink azaleas. Well-tended lawns. Wrought iron fences wearing spikes which were sometimes tipped with poison as deterrents to those who dared trespass on mansion properties in days past. St. Louis Cemetery #1. Lime-washed tombstones. Basin Street. The French Quarter. A mysterious and mighty Mississippi. A riverboat awaiting the boarding of passengers for another scenic cruise. Marie Laveau’s legend. All these sightings found me pondering river travel and how it could have played a role in the rescuing of a heroine trapped and tormented by her loveless and lonely life. 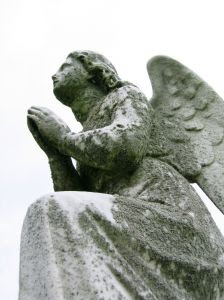 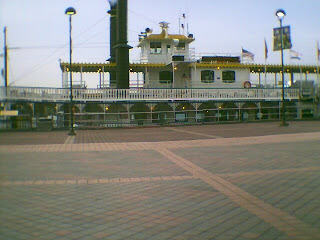 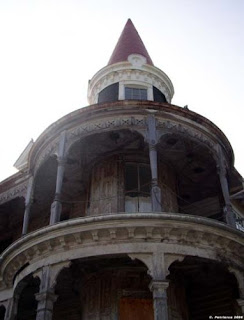 During your travels, have you ever found yourself transported to another era and musing about in whose footsteps you could be walking?

Fantastic post and beautiful pictures, Shawna! When I was in Scotland I had a few imaginings about who might have stood in the spot where I was. Or visualizing myself in another time.

Fantastic post, Shawna! I can't say I've ever done that. But then I've never been to any really exciting places. Small town girl here. LOL

Glad you enjoyed the post and pics :) Scotland is on my list of places I really want to see someday. Keep posting your lovely pictures, and that will goad me toward making the wish become reality :)

I'm another small-town girl :) Absolutely love visiting the big cities, but prefer life in a less-crowded area :) Glad you enjoyed the post! May you have a chance to visit some great places and tell us all about them when you return!

Shawna, I've been to both Salem (my sister lives in Boston) and New Orleans - both great settings for books. Of course, when I was in New Orleans, I thought about Ann Rice's vampire books! I would love to take a purely research trip one of these days.

Love Boston :) Massachusetts has so many great places to visit. Something about the lure of New England and its rich historical heritage. Gives me the urge to plan a long weekend there soon :)

Hope you have a great week!