My Name Is Carol and I'm a DWTS Addict 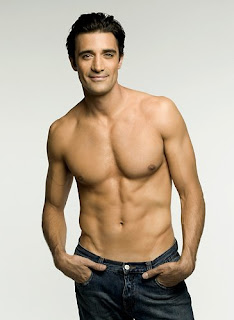 Did someone mention guilty pleasures? For me, watching TV usually falls into the guilty pleasure category because frankly it’s a bit of time waster. But man-oh-MAN, did I enjoy wasting my time the past 2 ½ months watching Dancing with the Stars!

I had never watched an entire season of DWTS yet, although I had watched a few episodes and loved the dances and the costumes. This season, however, I started watching the series from the first episode for an unlikely reason – Steve-O. I have pre-teen boys, and they love Jackass and Wild Boyz, and Steve-O’s crazy stunts on those shows, which usually involve stuffing live animals in his Speedo. My boys lost interest after about the second week, but I was hooked! I set the DVR to tape the whole series, so even when I was helping the boys with their homework or doing things around the house or writing, I’d get to settle in and watch the shows later.

Of course, like lots of women around America (dare I guess, the world?), I was hooked because of Gilles Marini – you know, Samantha’s oh-so-sexy Malibu neighbor who showed it ALL in the Sex in the City movie (see above AND below… way below…). He even danced shirtless on a few occasions (whew!). But it was fun watching all the dancers. I loved the cowboy, Ty Murray, and watching him improve every week. Lil’ Kim was fabulous and had such personality on the dance floor, and Melissa Rycroft (lately of The Bachelor fame) was an elegant and beautiful dancer. I enjoyed Shawn Johnson, the gymnast too, but no way did she deserve to win that mirrored ball. That belonged to Gilles! 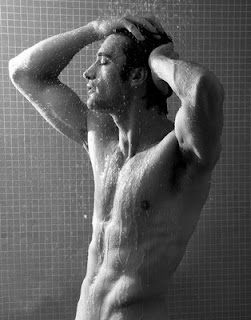 When I started going on-line to vote for Gilles and his professional partner, Cheryl Burke, my husband thought I had lost my mind. When I jumped up after Shawn Johnson was announced the winner and stormed into the kitchen to do dishes while cursing and gnashing my teeth because Gilles didn’t win, my kids thought I was insane. In the week following the final show, my boys would say “Shawn Johnson” just to see me go into a tizzy. Yep – a full-blown addiction here and major guilty pleasure.

After watching these videos of Gilles and Cheryl dancing the salsa and the rumba, I’m sure you can understand why. Will I watch DWTS so faithfully next season? I'm not sure. I might if DWTS gives me another Gilles...please?


By Carol Ericson at May 28, 2009
Email ThisBlogThis!Share to TwitterShare to FacebookShare to Pinterest

I never got caught up in DWTS. Hmm, didn't know what I was missing...

Thanks for the memories, Carol. Gilles, my heart pounds every time I see that man. He's so sexy.

He's married, you know. His wife was in the audience every time.

Carol, I've watched Dancing With the Stars from the beginning. Mainly, because I like dancing. Usually, there is one contestant who stands out. Some of the professional dancers (male) are wonderful and sexy, too.

Thanks for the clips. I've never seen the show. That guy can move, all right. (Never noticed the woman, lol)

Well, I'm one of those who's been watching DWTS since day one and I just love it. But for me, the professional Maksim Chmerkovskiy is the reason I'm such a faithful viewer. *G* I was so disappointed when I discovered Denise Richards would be his partner.

I thought Gilles was amazing, too, but I was fine with Shawn winning, she was a fantastic little dancer who really improved so much over the season. Gilles started strong and finished strong, so he wasn't as much of a 'wow' for me...well, I mean, other than the obvious. ;-) And I hate to say it, but I didn't want to see Cheryl Burke take it again.

Watching Steve-O really try was heartwarming. He wanted so much to be a good dancer. :-) I watched his bio, and it's incredible that he managed to get himself sober. I hope he's able to maintain his sobriety.

Natasha, yes, watching Gilles was well worth the time ;)

Sandy, that's another thing that was so sexy about Gilles - he's a loving, loyal family man!

Carly, there was a woman involved? No, really, those two were so steamy together.

Donna, I'm afraid your comment is why Gilles may have lost - his partner. I hadn't really watched the other seasons, so I wasn't aware that Cheryl had already won a few times - but she's a great choreographer and dancing, and really, you shouldn't punish the celebrity by voting against his partner. And while Shawn was cute - she just looked silly doing the romantic/sensual dances - like she was dressed up as mom and play-acting (you see, don't get me started).

I've watched DWTS for three seasons. I always tell myself I'm not going to get hooked, and then...I do. Can't help it.

Thanks for the memories...

That's a great addiction to have, Carol! I loved watching it but only caught about half the episodes. Gilles was definitely the main reason to watch and I'd hoped he would win. He was the best IMHO. I LOVED watching them do the Argentine Tango. Now that was hot!

Caroline, I didn't watch the season with Mario Lopez, but I heard he should've won (just like Gilles should've won).

Nicole, yes, their Argentine tango was hot, but even his less sensual dances like the lindy hop and jive were good, so it wasn't just about his sex appeal, although that helped a whole lot.

I didn't vote at all, Carol, I only watch, so Gilles didn't lose because of me (just want to set the record straight *G*). I wasn't punishing anyone, I always think the best dancer should win. But the best is a matter of opinion, obviously, since the public voted and Gilles didn't win. I was actually surprised he didn't win since the show is watched mostly by women. Figured he'd win by a landslide. *g* And I would've been just as happy for him had he won, I think they were both amazing. *shrug*

I guess I didn't see Shawn the way you did, I thought she was adorable & phenomenal, never silly-looking. Melissa was amazing as well...I think the top three were all pretty equal. And I agree, Cheryl is a great choreographer & dancer, no question; most of the pros are. Mark Ballas, Julianne Hough, and her brother are the best three, IMO Well, besides the incredibly sexy Maksim...sigh...LOL Oh, and Lacey, who I watched on So You Think You Can Dance? I keep hoping her brother Benji will join DWTS as a pro. :-)

Donna - LOL, OK I absolve you from sabotaging Gilles. But I do think a lot of people don't like Cheryl - hey, she can't help it if she's gorgeous and sexy! I agree with you about Maksim and wish he could've been around longer, but again, I think so many people don't like Denise Richards (regardless of her dancing), Maks didn't have a chance. Maybe that's a good reason to watch next season - hoping Maks gets a good partner...

Well, Carol, here's me. :) I love Cheryl from back when she won with Drew Lachey. She's awesome. And though I didn't vote all along, I kinda figured Gilles and Cheryl would really end up with Melissa and Tony as their major competition. I was very pleasantly suprised when Shawn and Mark not only hung in there, but they totally caught up.

So, from not voting the whole season to voting 10 times for Shawn and Mark (loved Mark) in the finale, I think you can blame me for Gille's loss. Sorry (but not really). I'm pretty sure I heard them say that Shawn and Mark won by less than 1 percent of the audience vote. And since their judges scores were tied, well...yep, go ahead and blame me. I jumped up at the announcement, but I was cheering!

Drew is still my favorite, btw.

Stacey - YOU! Yes, it must be all your fault - LOL. Yeah, you have to have that audience voting to make it interesting. I missed the season with Drew, but I've seen a few of their routines on YouTube and they looked great.

Okay, I'm going to add a few more comments. I've loved Cheryl since the first season of DWTS. Last year, she got trashed because she had gained some weight. Even so, she was still great.

Did Shawn deserve to win. If you judge only on the technical aspect of the dances, yes. She's a darling girl, but she's young, and was not able to show the emotion that goes along with the dances. That's a major part of these dances.

Gilles and Melissa should have been in the top two, then Gilles should have won. Wink! Shame on you, Stacey. I'm hitting you with a wet noodle. Grin. Does it hurt?

BTW, I love Lacey, too. She gets a lot of flak from the judges for her choreography because she does something too off the wall for them.

I'm hooked on So You Think You Can Dance, too, Donna. I'm always for anyone who is struggling to reach their dream. I also watched American Idol.