Do you enjoy reading tales of the macabre? Then here's one I came across while doing research for my Highland Moon Series. It's the shocking tale of Sawney Bean, who is believed to have been born in East Lothian in the late 13th century, and was a tanner by trade.  He later moved to Ayrshire and married. Swaney and his new wife set up housekeeping at Bennane Cave, by Ballantrae in Ayrshire, Scotland.  Bennane Cave was made up of many tunnels penetrating the solid rock and extending for more than a mile into the cave.  And there were lots of side passages to accommodate a growing family over the next 25 years. The cave's entrance was flooded for several hundred meters, twice a day at high tide.
Sawney planned to support his new wife by robbery, ambushing travelers on the lonely narrow roads that connected the villages.  He realized that in order to make sure he could never be identified for his crimes, he should murder his victims.  He came upon the idea of while disposing of any evidence, he would butcher the bodies to provide a high protein diet of human meat for himself and his wife. The diet seemed to have been effective as Mrs Bean bore fourteen children, each with an appetite for human flesh.  Those children grew up and through incest, produced children of their own, increasing the need for even more food.
Over two decades, generations of Bean offspring grew up in Bennane Cave, refining their skills of murder and cannibalism, even salting and pickling the flesh.   Preserved but decaying body parts were discovered washed up on the surrounding beaches.
The local authorities had by then established the longest missing persons list ever created.  Although mass searches of the area were carried out to locate either the missing people or their murderers, nobody ever thought to search Bennane Cave.
Years passed and the family grew older and thanks to their diet, bigger. As many as half a dozen victims would be ambushed and killed at a time in military style operations by the Sawney Bean men.  The bodies were taken back to the cave to be carefully prepared by the women.
But their luck finally ran out when one evening they attacked a man and his wife returning home from a nearby fair.  One group pulled the woman from her horse and had her stripped and disemboweled before the other group had a chance to wrestle the man to the ground.  He fought desperately to escape, driving his horse into and over his attackers.  A group of twenty or so people also returning from the fair happened upon the scene.  After a brief and violent exchange the Sawney Bean men realized they were outnumbered and quickly retreated back to the cave, leaving behind the mutilated body of a woman as evidence, a number of witnesses and one very angry husband.
The husband was taken before the Chief Magistrate of Glasgow, who after hearing the tale and putting this together with his longest missing persons list ever and the many reports of the mysterious pickled body parts, decided to take the matter to King James I, who quickly arrived in Ayrshire with a small army of four hundred men and a pack of tracker dogs, and together with a band of local volunteers, launched one of the biggest manhunts the country had ever seen.
Like before, the search extended through the Ayrshire countryside and coastline and like before, nothing was discovered, until the dogs picked up the scent of decaying human flesh while passing a partly waterlogged cave. Carrying torches, the troops entered Bennane cave and with swords drawn, they proceeded down the mile-long twisting passage to the inner depths.
Nothing could have prepared them for the sight they witnessed that day. The damp walls of the cave were strewn with row upon row of human limbs and body parts, like meat hanging in a butchers shop.  Other areas of the cave stored bundles of clothing, piles of watches and rings and heaps of discarded bones from previous feasts.
After a brief fight, the entire Sawney Bean family, all forty-eight of them, were arrested and marched off to Edinburgh by the king.  Their crimes were considered so heinous that the normal justice system, for which Scotland is so renowned, was abandoned and the entire family was sentenced to death.  The following day the twenty-seven men of the family met a fate similar to that of many of their victims, by having their legs and arms cut off and being left to slowly bleed to death, watched by their women.  The twenty-one women were burned like witches in huge fires.

The Ballad of Swaney Bean
They've hung them high in Edinburgh toon
An likewise a their kin
An the wind blaws cauld on a their banes
An tae hell they a hae gaen.

I hope you enjoyed the story! 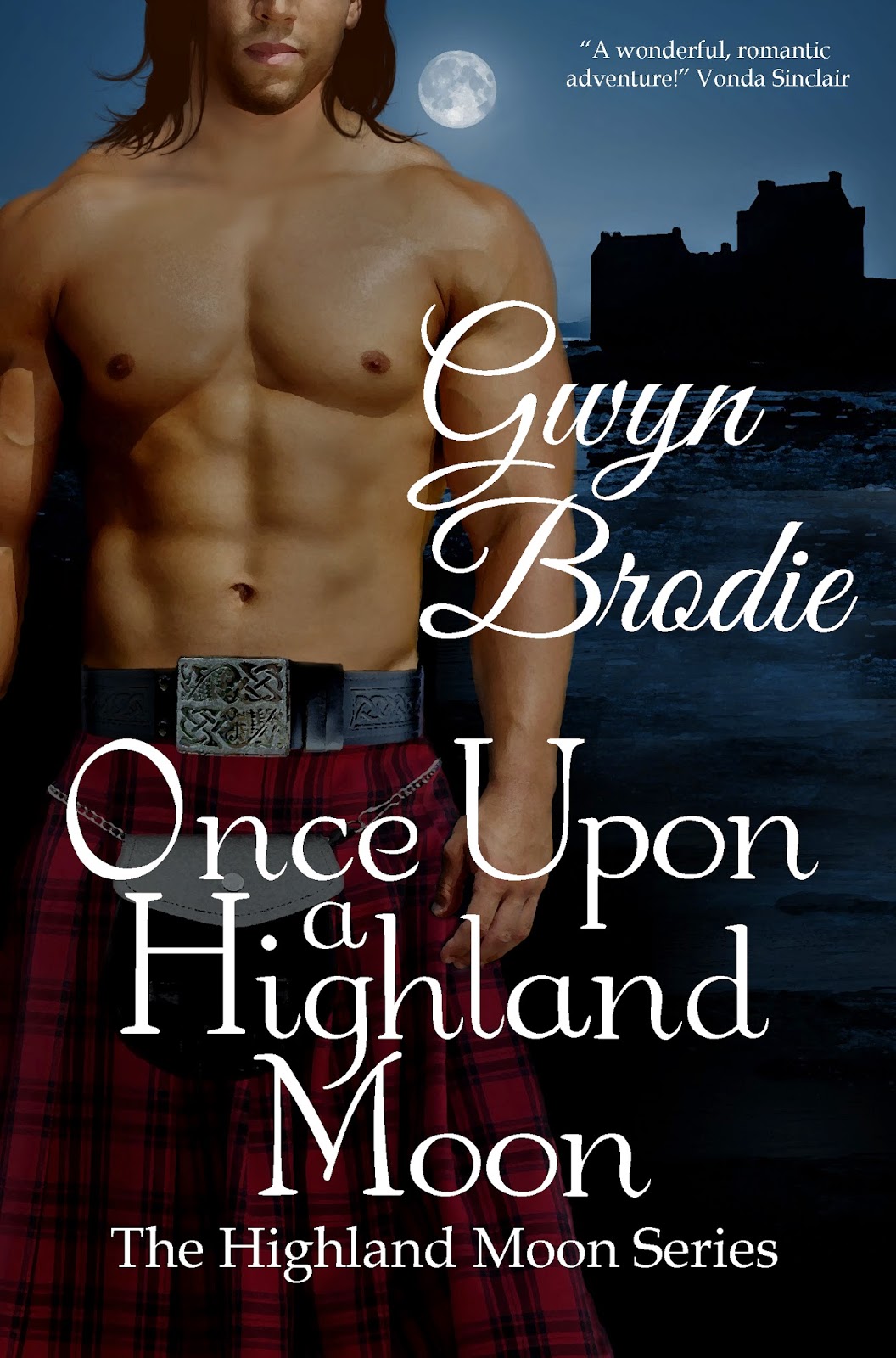 She lay down, with her back toward him, and he settled behind her, their bodies mere inches apart. Galen wondered what she'd do if he slipped his arm over her waist and drew her back. He imagined how the shapely curve of her hips would fit perfectly against him. He suddenly realized if he wasn't careful, Sorcha would be well aware of just how much he desired her.
She suddenly rolled over onto her back.
Galen raised himself up on one elbow and peered down at her.
Sorcha's eyes sparkled in the pale moon light as she gazed up at him. She brushed her fingers against his cheek.
He closed his eyes, fighting his overwhelming desire for her.
"Kiss me," she whispered softly.
Galen brushed his lips across hers, savoring their soft fullness. He'd never wanted anyone as badly as he wanted Sorcha at that moment. He moved his hand down her side and over the curve of her hip, drawing her against him. He groaned against her mouth, prepared to deepen the kiss, then remembered through a haze of desire—they weren't alone.

By Gwyn Brodie at June 20, 2014
Email ThisBlogThis!Share to TwitterShare to FacebookShare to Pinterest