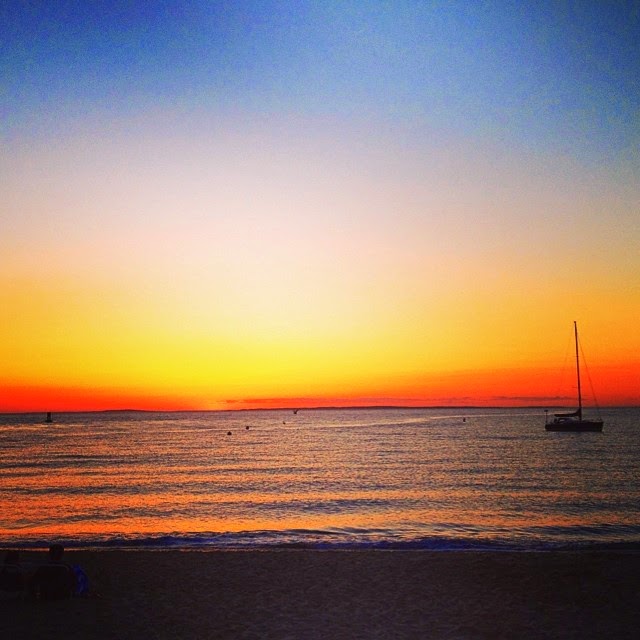 I traveled with my family to Martha's Vineyard, an island off the coast of Massachusetts, last week. The island is famous for its celebrities, but it's also a relaxed summer enclave. Our favorite activity was dining on lobster at Menemsha Beach, a quiet beach on the calmer part of the island. It's so easy to do.

You drive down to the beach, park your car, and go into this little shop. 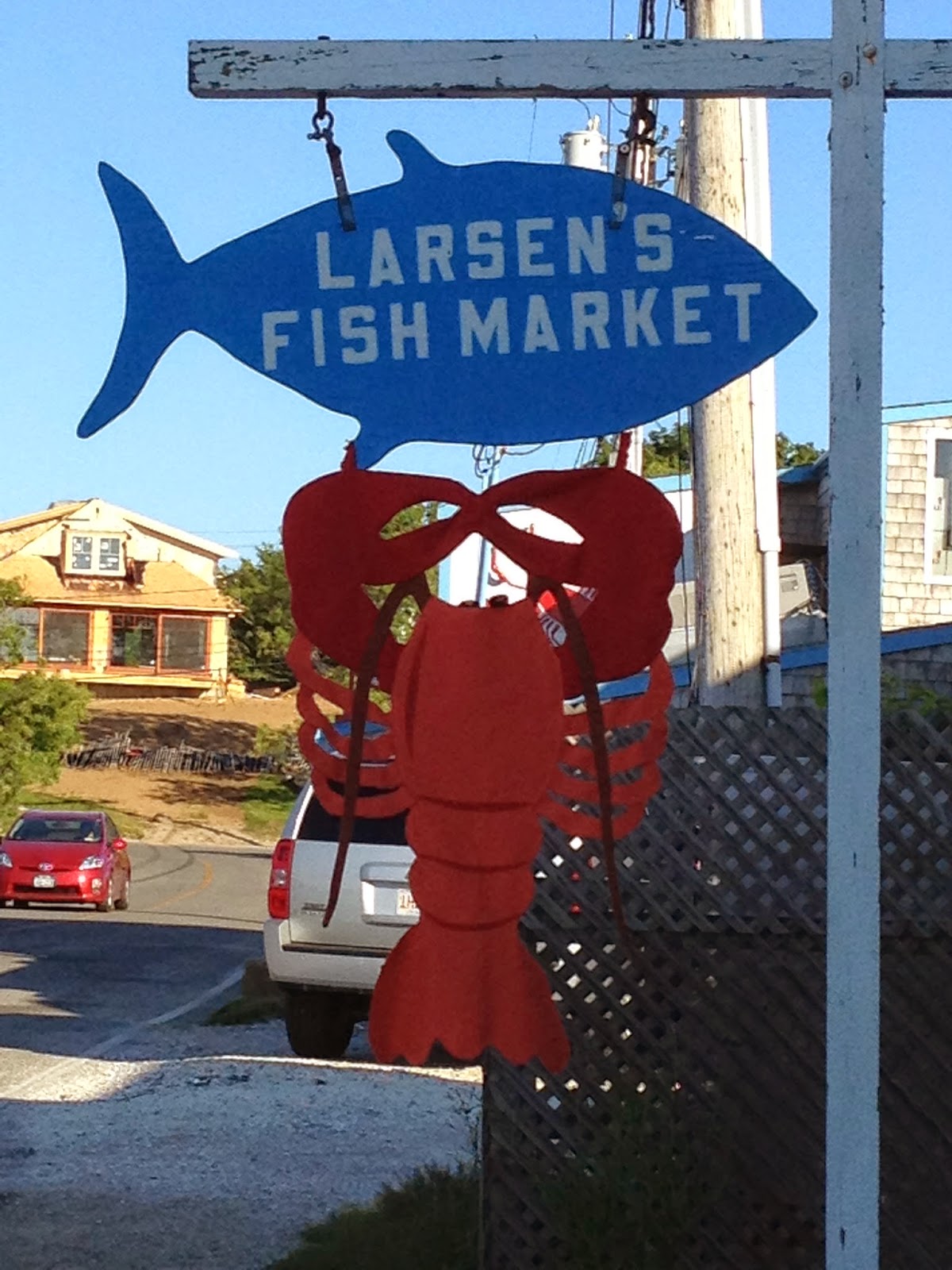 You order your lobster and I think they have scallops and quahogs. We all ordered lobster (except for my youngest, who preferred a peanut butter sandwich). They catch the lobster right here in the harbor off the beach. You can actually dig for the quahogs yourself. They cook up your lobster and you carry it to the beach, lay out your blanket, and dig in. 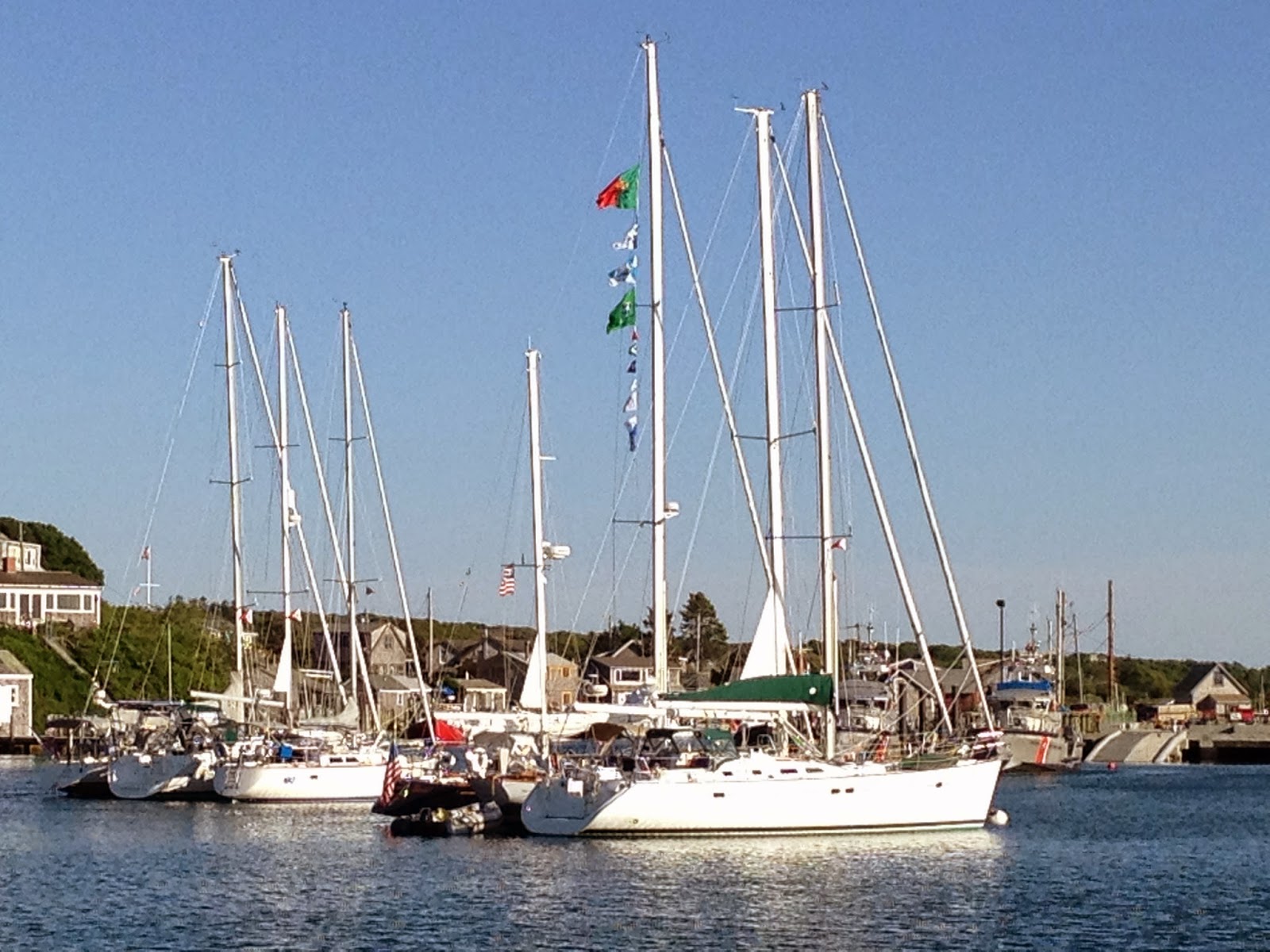 The main event, however, is watching the sun set. We were lucky to have a beautiful, clear evening. The closer it gets to sunset time, the more people appear on the beach. When the sun actually dips into the sea, everyone claps.

It's the ultimate low-key activity and if you ever go to Martha's Vineyard, you should try it. 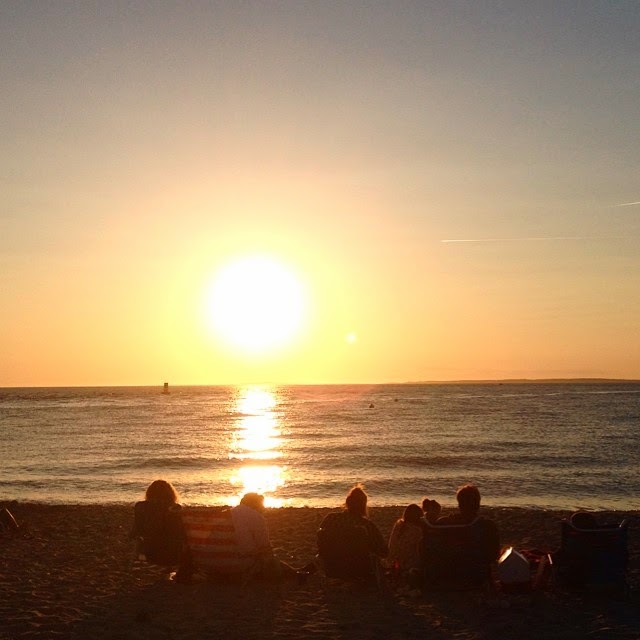 I almost forgot something very important! I just released an anthology of four novellas. It's called The Love Charm Series and one of the stories, Love Charm for Carlotta, takes place on Martha's Vineyard. There is, in fact, a scene right on this beach. Here's a snippet:

Thank God she was still wearing her dress. As she pushed herself to her feet, she caught a glimpse of her torn panties gleaming whitely in the moonlight.

Jace's gaze followed hers. He grinned. "Lost cause, babe. But look on the bright side. You're gonna have to ride home on the bike commando."

Oh, Lord. Holding onto him all the way.

Carlotta smoothed down her dress, as if she might press away any trace of Jace Burton from her life. But it was no use. All she could think about was him, standing naked in the moonlight, watching her. She was doomed. The word echoed in her head like a deep bell.

She gasped. "The love charm!"

She didn't realize she'd spoken until Jace raised his brows. "The love charm?"

"It trapped me." Her mouth trembled and she tightened her lips so he wouldn't see her distress.

"Love charm? What the hell?"

"I got a love charm from my friend Ashley," she said. She felt like she was speaking in a trance.
"It—it boomeranged on me."

"Never mind." Carlotta snapped to attention. Why was she talking about a love charm to Jace? Nothing would make him run further or faster. "It's nothing." But that wasn't true. It was very definitely something. She could see it in her mind's eye. The ground-up silver bean, the petals from her hydrangea bush, a spray of her perfume, all wrapped up in a blue silk package.

"Are we talking about Love Potion Number 9?" Jace grinned. "I think that means you're supposed to kiss me." He stepped forward. 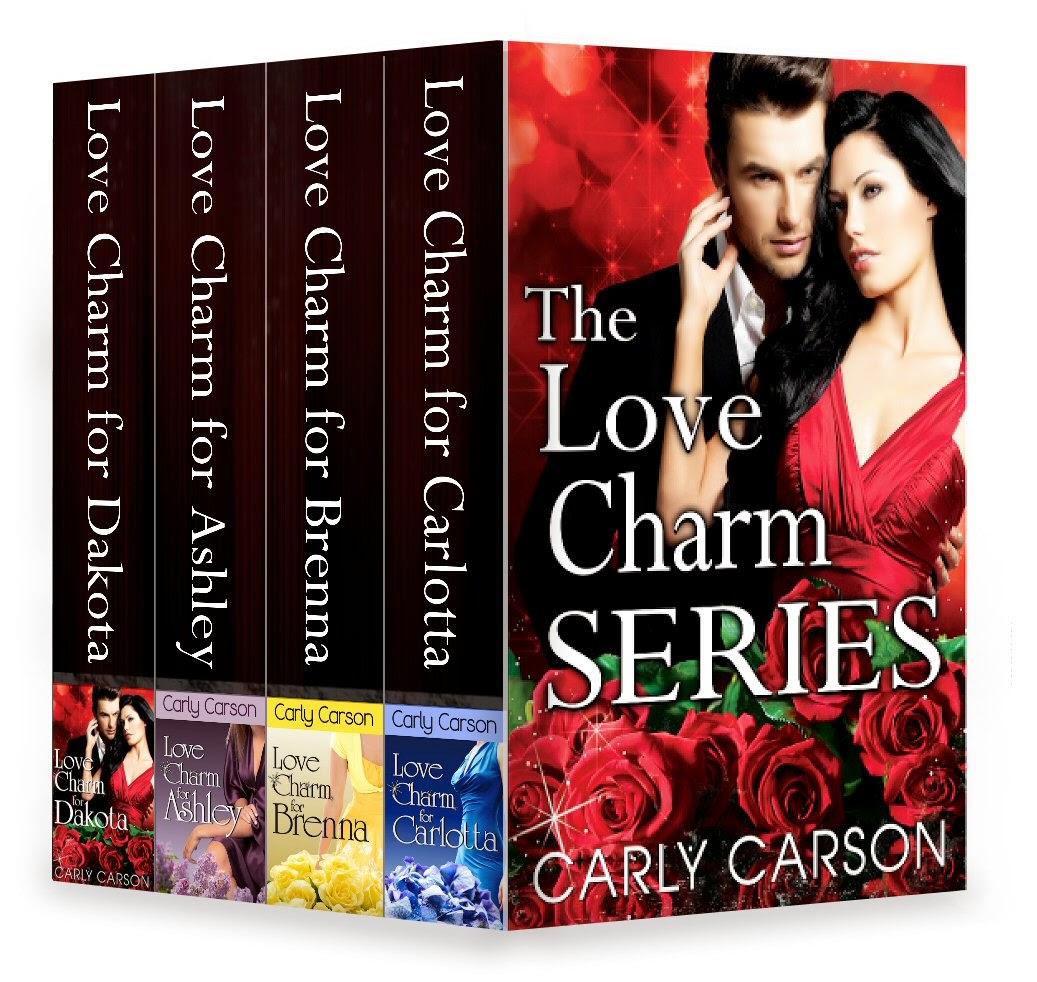 And good luck with the anthology :)

Thanks Leigh! We did a lot of stuff, and I was surprised when all of my kids picked the beach dinner as their favorite activity.