Happy New Years, everyone!!! I'm wishing everyone a fabulous 2014!!

2013 ended on a bang for me. FIGHTING LOVE released yesterday and it was a pretty awesome day. Fighting Love made it to #2 on Amazon's Hot New Releases list. And got into the 600's with overall ranking. Top Ten in Series and Top 100 in Contemporary Romance. Pretty sweet way to end a rough year.

Now its a new year...fresh starts. Literally. I'll be moving in nine days into a small rental house with just me and my kids. New journey for the three of us. I've had roommates for the last three years--my best friend and her boyfriend. It's going to be weird not having a houseful around me. Really weird. I'm preparing myself for the adjustment. Right now though my concentration is trying to extract three years of our stuff (namely my kids stuff) that has become grouped with their stuff. It amazing really how all of our stuff has just become communal, especially the toys. I'll hold something up and can't remember if its mine or theirs and when I ask, they aren't sure either. So its been a process.

On top of that, I'm refinishing furniture for my kids to have in the bedroom. I'm LOVING this. It's time consuming, but they are getting to have some stuff that is personalized and I'm not spending a fortune. Pinterest is freaking awesome I have to say. I learn about things like Mod Podge.
Here is the project I did for my son:

I'm also working on a dresser for my daughter. This one is still a work in progress.


My next project will be another dresser for my son that we bought at Goodwill for $30. We are going to attempt using comic books to put on the drawers. If it works, its going to be AWESOME!!! If it doesn't, I still think it will look better than it does now. LOL.

I've really enjoyed myself doing these. 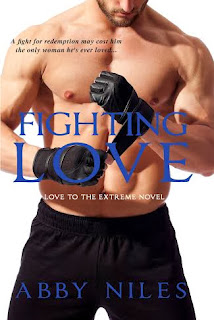 Former Middleweight champion and confirmed bachelor Tommy "Lightning" Sparks has lost it all: his belt, his career, and now his home. After the devastating fire, he moves in with his drama-free best friend, Julie. One encounter changes everything and Julie is no longer the girl he’s spent his life protecting but a desirable woman he wants to take to his bed. Knowing his reputation, he’s determined to protect Julie more than ever—from himself.
Veterinarian Julie Rogers has been in love with Tommy since she was ten, but would love to get over the man. She’s quiet nights at home and a glass of wine. He’s clubbing all night and shots of tequila. As friends they work great. As a couple? No way in hell. She just can’t get her heart to agree. When she starts spending time with another fighter, the man who’s always treated her like a sister is suddenly not being very brotherly and enflames her body like never before.

Can two childhood friends make a relationship work, or will they lose everything because they stopped FIGHTING LOVE

Available at:
Amazon:
Barnes and Noble:

By Abby Niles at January 01, 2014
Email ThisBlogThis!Share to TwitterShare to FacebookShare to Pinterest
Abby Niles
I'm a stay at home mom to 3-year old twins.

Sounds like an awesome story! And I love the furniture! Good luck with your move.