Balnakeil Church (also called Durness Old Church, and Baile na ceille in Gaelic, meaning "Bay of the Church") is a beautiful ruin and I had to explore it for research purposes. I have a couple of scenes set inside it.

One interesting thing about the church is that Donald McMurdo is buried inside. He was an infamous highwayman and assassin who lived in the Durness area in the early 1600s. He is said to have murdered eighteen people, throwing some of them down the blow hole of the nearby Smoo Cave. He sounded so interesting and chilling, I had to incorporate him into my novels as one of the villains. Standing beside his tomb and reading the inscription was a fascinating experience for me, both unsettling and enlightening.

Donald McMurdo is known by a few different names—Donald Macmurchow, Domhnull MacMhurchaidh, or Donald MacLeod. One source indicates he was a henchman to the chiefs of Clan MacKay. It is said, in his later years, Donald McMurdo helped finance the building of the church by donating a thousand pounds so that he could be buried inside. Some say his employer paid for the tomb (and the inscription seems to back this up). There is much speculation about why he wanted to be buried inside the church, but no one really knows. One of the more popular ideas, and the one I used in my books, is that he feared that the people of Durness, who hated him so badly for his murderous ways, would desecrate his remains and his grave after his death if not sealed up in the church.

The inscription reads (with modern spellings): "Donald Makmurchou here lies low/ Was ill to his friend, and worse to his foe/ True to his master in prosperity and woe. DMMC 1623" 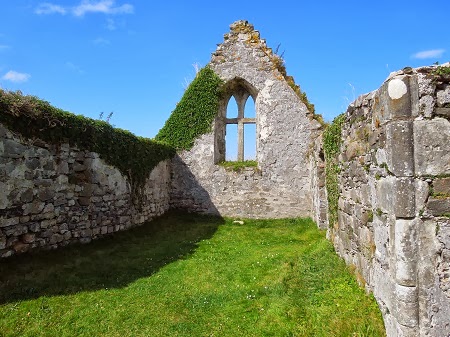 It is said McMurdo's grave is situated halfway in the ground and halfway above ground. In this way, his remains are protected within the church, but his eternal soul is exposed to the Almighty. 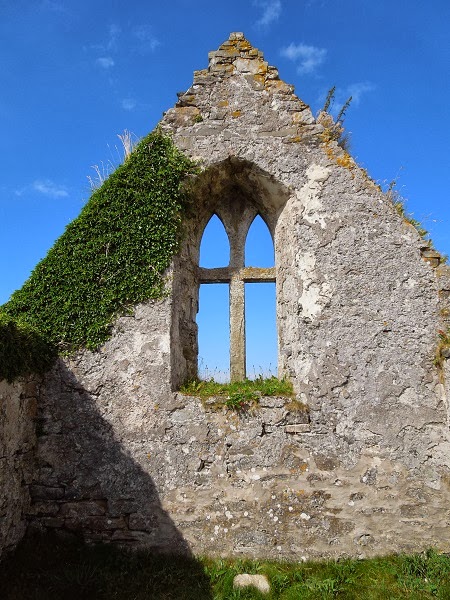 The church was built in 1619 (another source says 1617) on the foundation of an older church that was here during the crusades. And it was rebuilt in 1690. Balnakeil is considered a center of Christianity since the 8th century. It was founded by St. Maelrubha and was an important Celtic monastery. The church was abandoned in the mid-1800s when the present day church was built. 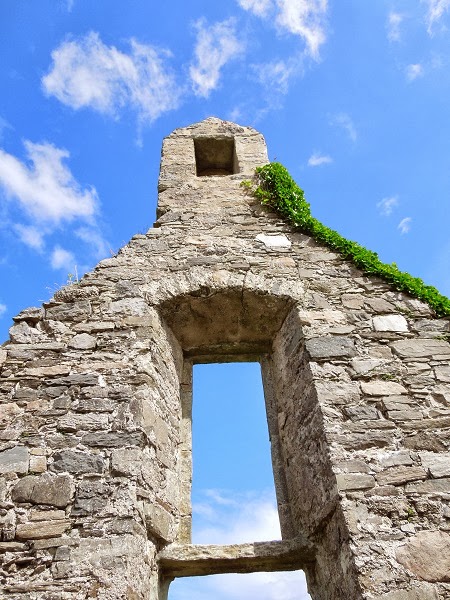 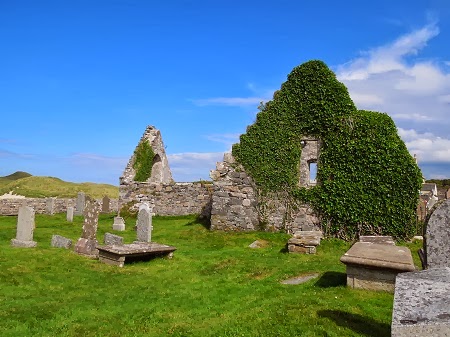 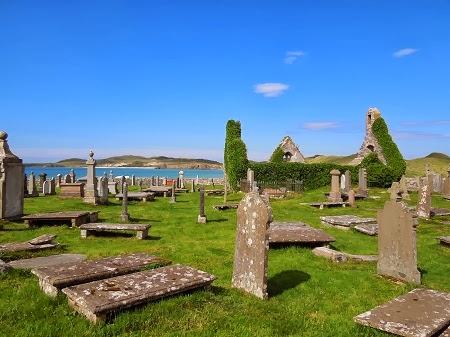 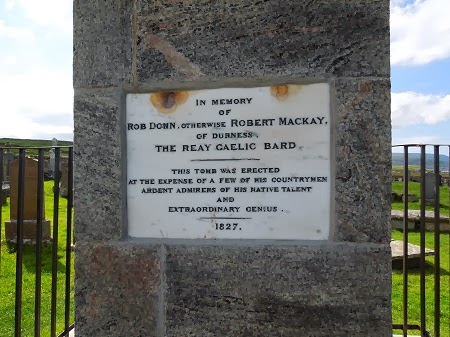 Gaelic poet, Rob Donn (born near Durness in 1714) is buried in the cemetery outside the church and so is Elizabeth Parkes, aunt of John Lennon. Also the unmarked mass grave of the crew of a ship that sank off Faraid Head in 1849 is located here.

One of the scenes I set in Balnakeil Church, from My Brave Highlander, is of Dirk visiting his father's tomb. 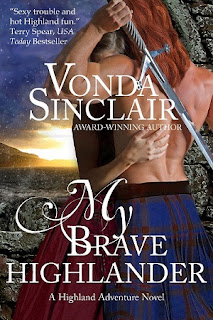 Lovely photos. I so wish many of these old buildings would be restored. Tweeted.

That's so cool to see McMurdo's grave. After reading your books, I feel like I know who he was in real life. The inscription is chilling.

I LOVED the photos too! And I loved learning about the highway man. Very interesting!

The excerpt is AMAZING!

The history here is unbelievably interesting. One thing about Scotland is there great history and how much of it is preserved...not like here where old means to tear it down for modern. Thanks for sharing - yep, I am homesick again. :)

If you only knew how much I appreciate all your amazing pictures! It's almost as good as having the chance to visit! Love the excerpt too!

Thank you, Ella! I wish they could be too!

Vanessa, thanks! I thought it was really cool to visit, although a bit creepy. I agree about the inscription.

Lani, thank you re: the photos and excerpt! So glad you liked them!

Paisley, thanks! But I'm sorry to make you homesick again. Scotland has some fascinating history.

Lana, thank you so much! I'm thrilled you enjoy the pics and excerpt! :)

Great post and photos. I loved the book also. :-) You really bring the past to life.

Thank you so much, Tami! I'm thrilled you liked the book! :)

"Ill to his friend, and worse to his foe" That says a lot in a few words! Creepy.

Absolutely, Carly! How could I resist putting him into my books as a villain? :)