Bound by Danger Turns into Bound by Trouble! 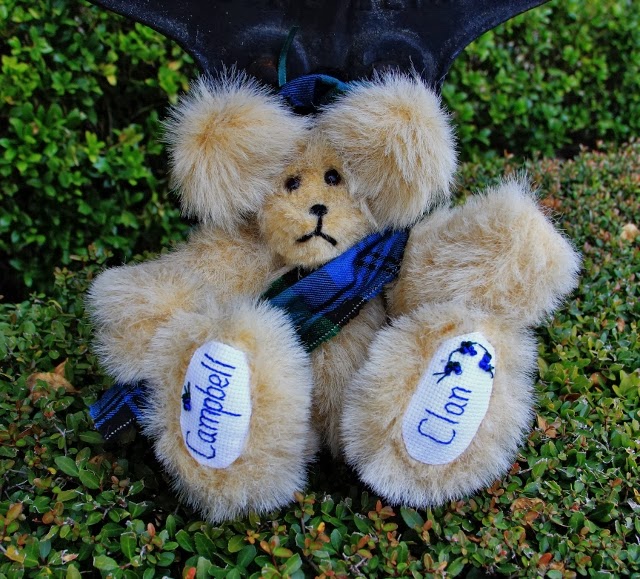 First, more bear orders! Just shipped off 4 to Australia, picked up 2 more, and then this Campbell Clan bear sold locally.

Next, working on 13 blogs for the upcoming blog tour for Silence of the Wolf, due out Mar 4! 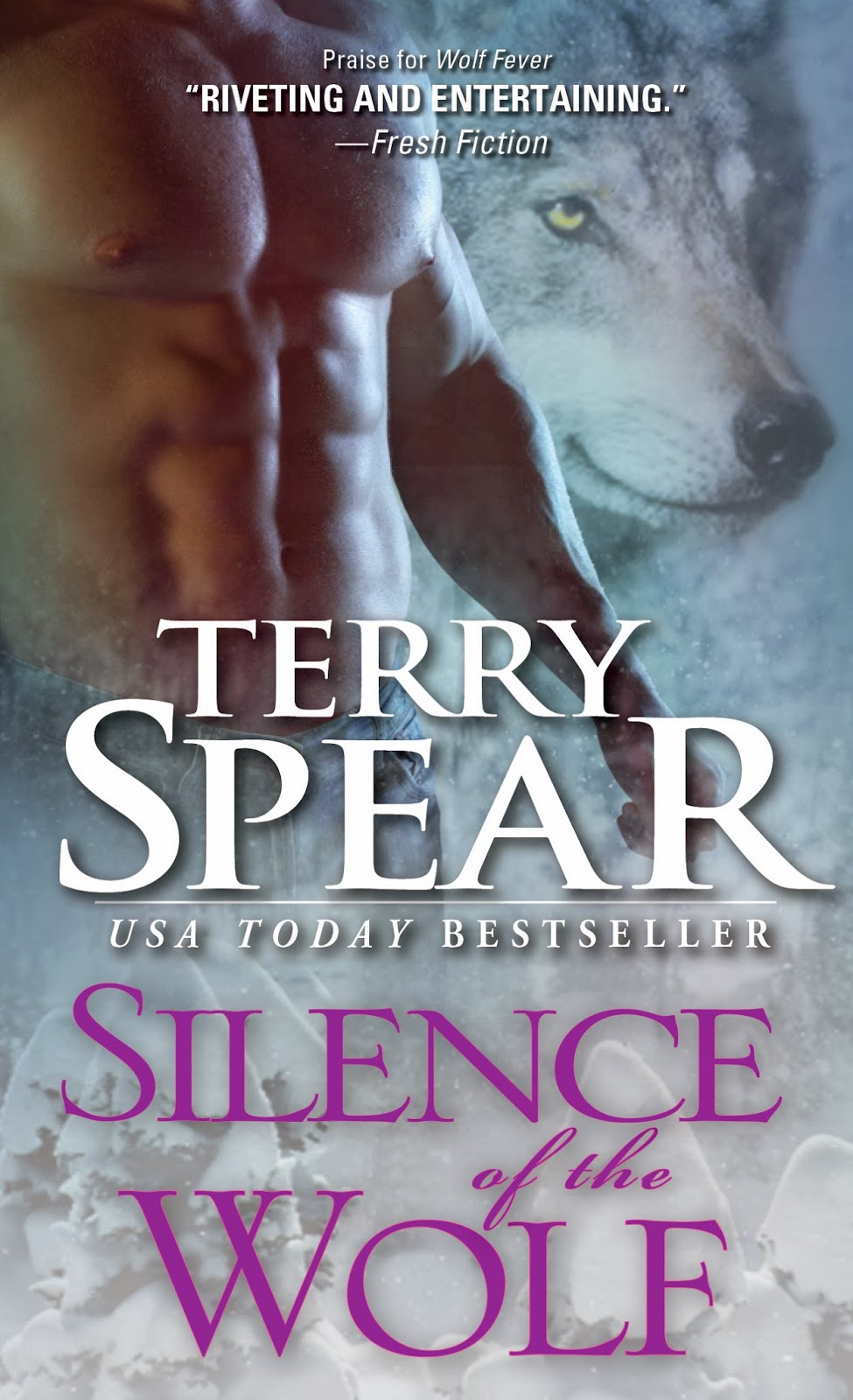 Sometimes doing a good deed can prove to be a disaster, Ena, dragon shifter fae, discovers as she must flee her home. But her staff chooses to go with her and deal with the dangers to reach the safety of the hawk fae kingdom, if the king there welcomes them. The human, Brett, promises to help her escape the marriage to the despicable dragon fae prince, rather than return home to his Earth world. And now all the dragon shifter fae are at risk of having to face the dragon fae king’s wrath.
Esmeralda, the hawk fae king’s sister has been imprisoned by the griffin on their island for half of her life and she finally makes her escape, only she gets herself into even more trouble.
Against her wishes, Ena must forsake Brett on the journey, and he finds his world is turned upside down once again and now he has to survive the life or death trials of the phantom fae kingdom.
Kobo
Smashwords
ARe
Amazon
Barnes and Noble 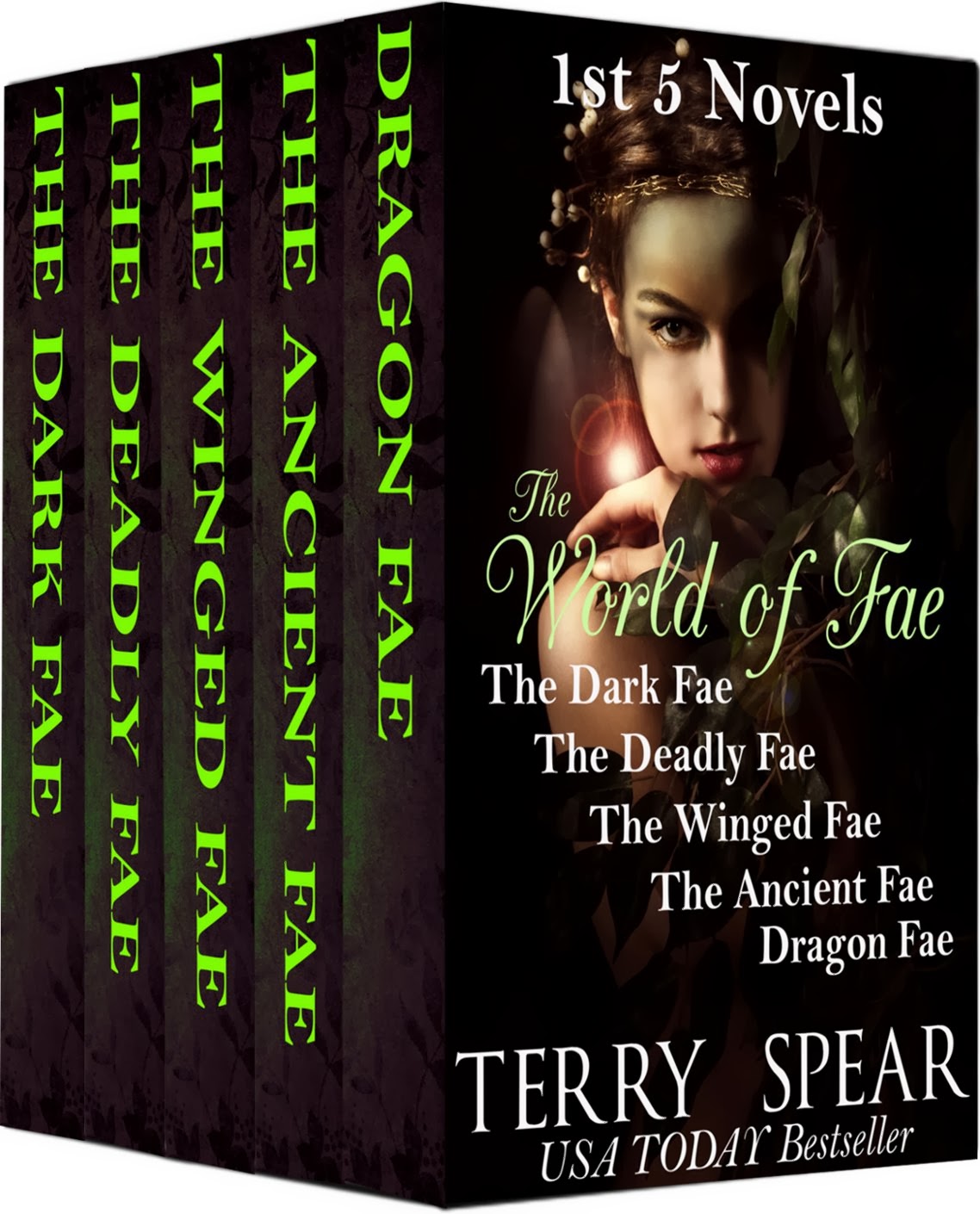 First 5 books in the World of Fae series:

The Dark Fae: Alicia has planned a vacation at South Padre Island with her girlfriend Cassie in forever. But just as they’re enjoying a day on the beach, here comes a dark fae to spoil their holiday, except only she can see what he truly is. Alicia has no idea how upside down her world can turn with a chance meeting with one of the dark fae from the royal house of the Denkar.
The Deadly Fae: Lady Sessily is a dark fae, an assassin, and she intends to retire and take up some other occupation so she can have a normal life. Get a boyfriend. Visit the human world to hassle humans like many of her kind do. Attend fae kingdom parties, not as the mystery woman who is scoping out her next intended victim, but just to have fun. Until tall, dark, handsome, and deadly interrupts her plans.

The Winged Fae: Serena, a royal member of the Mabara winged fae, has one goal in mind. Stop an impending marriage with a dark fae. As the fae are known to do, she stirs up trouble that she hopes will make her point and get her off the hook. Only nothing goes as she plans.

The Ancient Fae: Princess Ritasia misses the adventure of getting her brother and cousins out of trouble, but when the hawk fae king arrives to court her, she becomes involved in trouble nothing like she’s ever faced before.

Dragon Fae: Seeking to save Cassie from the dark fae, Princess Alicia runs into trouble in the form of dangerous fae seers. A dragon fae, who is different from all the rest, is sent to locate and rescue her. Simple mission. All Ena has to do is find the princess and return her home. Except nothing is simple in the world of the fae. Not when two fae kingdoms are involved. And humans. And fae seers. And all the trouble that can cause. 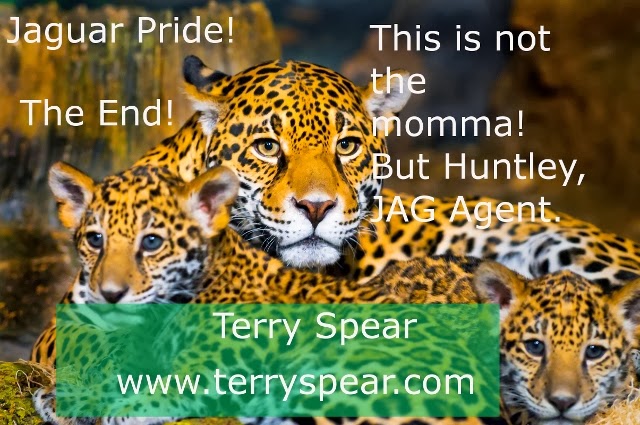 And I just finished Jaguar Pride!!! I'm still editing and halfway done with that, but I wrote THE END!

When I wrote Bound by Danger, it was a single title book. :) It's in part based on some of my military experiences, some on true case crimes, and well, the psychic business and the romance is pure fantasy. All the locations are real places I've either visited or lived. So it was a lot of fun for me to write this story. What I didn't expect was to have a great outpouring of love for the book and that fans wanted to see the next in the series. :) And I love it!!! 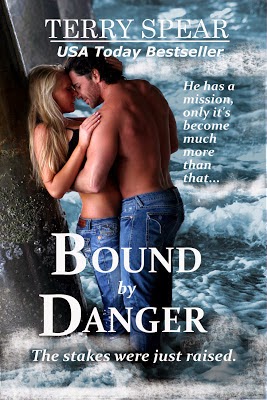 Army officer Deidre Roux has hidden her psychic abilities until now. But ominous visions plague her and between the martial arts tactics her twin brother taught her and the hand-to-hand combat she learned in the Army—she’s realizing just how important these skills are for her well-being.
When a reporter moves in next door, she’s not sure just what to think. Dave Carter owns a gun—it is Texas—and comes to her rescue when her brother suddenly drops into her life again. From there it’s the normal stuff that women and men tend to do when they’re getting to know each other—boating, swimming, dancing—except for one thing…she’s trying to keep her secret under wraps at all costs, which is difficult to do when she’s under surveillance by the FBI, and people keep wanting her dead.
Could a reporter, who’s not really a reporter, prove he might just have what it takes to keep her safe–for the long run?
B & N
Amazon
ARe
Kobo
Smashwords
And so goes the birth of a series! First, this story is also based on some of the places I've lived, as was In the Dead of the Night--and in that one, one of the FBI safe houses was the same one used by the FBI in Bound by Danger. :)

In the Dead of the Night

Ebook By Terry Spear
Category: Fiction » Literature » Romance – Suspense » Romance – Adult
Allan Thompson works for a special agency that takes down terrorists, but when he’s given the mission to protect one of Thurstan Wilson’s mistresses, he knows something isn’t right. Jenny Brant doesn’t have much time before she’s history and she has a plan, but what happens next turns her whole world inside out.
Allan Thompson arrives in Waco, Texas for a mission of utmost importance–protect a terrorist’s mistress from being the next victim on his hit list. But when the mission goes down wrong, Jenny Brant is nearly killed and Allan begins a new mission–protect her at all costs–as her faux husband until she can regain her memories.
Everything about the mission seems wrong–all starting with one Jenny Brant who doesn’t fit the profile of the kind of woman Wilson usually hooks up with. Allan and his team must protect her, but at what cost to his own sanity or his heart?
Jenny Brant begins to regain her memories, but when she learns she has a huge inheritance that Wilson wants by marrying her, and the agent Allan Thompson will marry her instead to secret her money away with the Agency’s protection, she still can’t remember why she would have been a killer’s main squeeze. When Wilson’s thugs try to return her to him, she becomes less sure of who the good guys are and who she truly is.
The only thing she knows for certain–if someone doesn’t take down Wilson, her life is forfeit.
Amazon
B&N
Kobo
Smashwords
ARe Books
So we're again in Texas, and again Bound for... well, in this case Danger, of course, and so much Trouble. Isn't that great???
I'm still editing the story, and tweeking the cover, but what do you think? 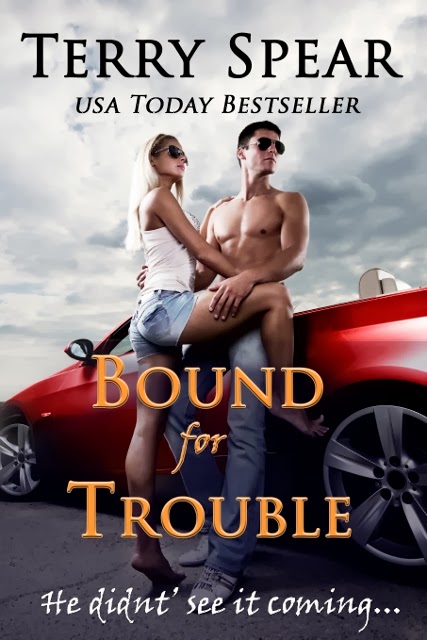 I think I have too many things going on! First, my PC went out on me. Wait, before that, my microwave, and yesterday, one of my electric floor heaters. Then, this morning, I went to write two of my bills and...they're missing. That does not mean I wrote them and already mailed them off. Unfortunately!

Off to mail the Campbell bear before it goes missing!

So are you ready to be Bound for Trouble?

Okay, off to get another cup of hot green tea.