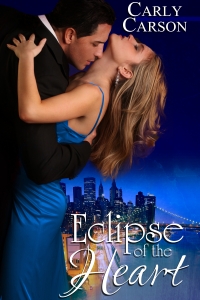 Love Charm for Carlotta is free today, Sunday May 14. This is a short story (60 pages on Amazon) and here is the blurb:


Carlotta doesn't believe in love charms. Especially not when the bad boy hockey player from her past suddenly re-appears in her life. But the small town island atmosphere of Martha's Vineyard conspires against her when she tries to escape him. Is it the love charm working, or something else? Do people change, or will she be courting heartbreak again if she succumbs to her high school sweetheart?


Carlotta kneaded the bread fiercely, reminding herself that she'd practically killed herself to eliminate the impulsivity she was born with. She would never repeat the mistakes of her youth. She no longer bolted headlong into ill-conceived temptations.
Except for that craziness last weekend when her friends Ashley and Genevieve had talked her into casting a spell with that—
She froze again.
The love charm.
A blue silk packet made up of a lock of her curly black hair, a ground-up silver bean her friends had given her, and one of the overblown blue flowers from the hydrangea bush at the corner of her yard. She didn't believe in charms and spells, but she'd tossed the silk-enclosed bundle into the moat at the deCordova benefit. The Venetian-themed ball provided such a romantic setting, and when she'd seen the moat – yes, impulse had overtaken her and she'd made a wish and thrown the charm. As she'd expected, no one interesting had approached her that night, and she'd returned to the Vineyard, the love charm forgotten.
Now the memory swept into her kitchen, in a sparkle of remembered hope. She shook her head to dislodge it.
If that damned charm had brought Jace Burton back into her peaceful life like a boomerang from hell, she'd find herself a voodoo witch and hex the lot of them—Ashley, Genevieve, and Jace himself.
She'd tossed that rotten heartthrob-without-a-heart from her life a dozen years ago, and he was never coming back.
A loud rap on the front door signaled that Jace didn't realize he'd been banned from her life.
Her hands clenched in the stretchy dough as if the bread could trap her and save her from moving.
She forced herself to begin kneading again. Maybe if she focused on the work she loved, she could press out this compulsion that ordered her to walk into the living room, approach the door, and open it wide.
In welcome.
She had to resist that instinct because she could never welcome his re-entry into her life.
She'd moved past that tumultuous time when Jace was the center of her existence. She never wanted to go back to it.
"Carlotta!" His deep voice boomed through the house and she heard his self-assurance, his zest for life, and the poignant memories of her first love—all wrapped up in one word—her name.
And twining through the memories was the sharp, bitter, edge of pain, a pointed needle scraping through her flesh.
"Carlotta! Let me in." A brief pause. "Please."
A spring breeze, fresh with the scent of the sea, blew the white, dotted Swiss curtains at the kitchen window. She welcomed the clean May wind, praying it would cool the heat that washed over her body every time she heard his voice.
"I know you're in there, Carlotta." He wasn't angry, but rather amused. He didn't think she could withstand him.
"Do you still leave the door unlocked?" he hollered.
She stiffened. Of course the door was unlocked. She'd never gotten out of the habit, even though she knew it was foolish to be so careless, even on the Vineyard.
She had a key now, which her parents never had, but she forgot about it more often than not.
"I know the door is unlocked, Carlotta, because I know you," he called out. "I'm going to open it now."
She couldn't hear the handle turn from in here, but she could imagine it. She could picture him walking in, his tall figure dwarfing the low-ceilinged living room, his boots loud on the hardwood floor.
She should retreat, escape. Her eyes darted to the back door—
Too late.