My Special Field Trip to District 12

So I’m one of many, many, MANY people impatiently awaiting The Hunger Games release this Friday. On Sunday, I was over at my mom and dad’s house. My dad walked into the kitchen and asked me if I wanted to go see where that movie was filmed. He didn’t have to say which movie. There had only been one hugely anticipated movie filmed there recently. The Hunger Games. I answered with a resounding YES!

We all packed into the car. I made my seven-year old twins go as well. They were thrilled about this. Not. However, I think watching mommy turn into a child shaking with excitement made it all worthwhile for them. We drove the ten minutes up to the Henry River Mill Village. The entire ride up, I kept wondering what I’d see. In all my years of growing up in Hickory, NC, I’d never been to the little ghost town. I pictured lots of woods, because in my mind this was where the actual games were shot.

Boy, was I wrong.

As we crested the hill, I gasped. Hand-over-my-mouth, oh-my-God whispered, gasped.

This is the first thing I saw: 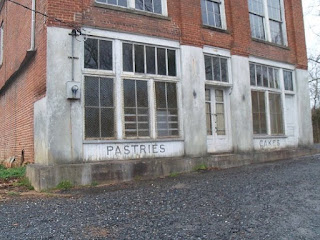 And just like that I knew I'd just entered Distract 12.

Later, when we got home, my Dad dug out a newspaper from earlier this week and handed to me. Right there on the front of the Hickory Daily Record was the guy who will portray Peeta standing with a loaf of burnt bread (we all know the significance of the burnt bread) right in front of this building. The only addition is a wood porch that was built in front of it. I smiled when I saw it.

One other view that really grabbed my attention was this one: 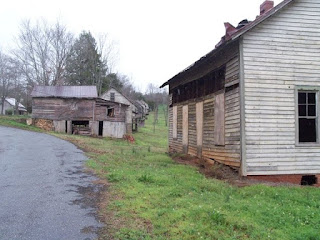 You get this image after you've taken this curve along the road. This just opens up right in front of you. Honestly, it took my breath away when I saw it, because it was exactly how I envisioned District 12 when I read the book. When I got back to my house later that night, I pulled up a couple of the trailers and watched them. Looking for these houses. What I found was even cooler. There is a clip where Katniss is walking in this exact location, behind all the debilitated houses. It was a really cool moment.

Here are a few more pictures: 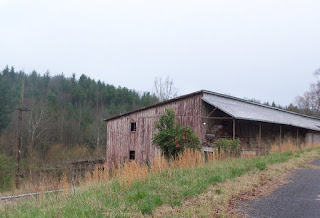 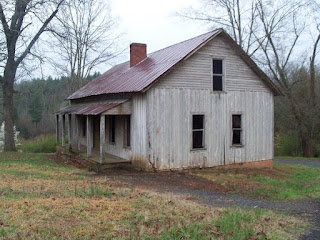 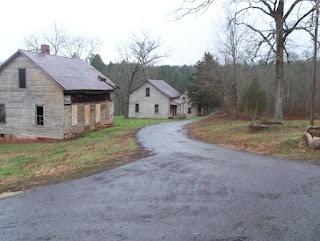 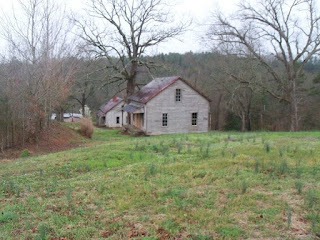 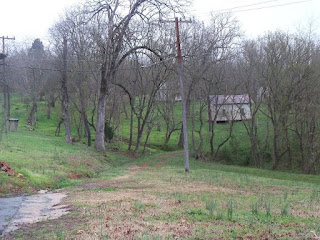 I loved this last one. The picture doesn't do it justice, however. All I can say is this was the perfect setting for District 12. I have no idea how the production team caught wind of this little deserted town, but I can't see where they'd would've found a more perfect place.

According to the Hickory Daily Record, the area has seen an increase in tourism since the filming completed. I can believe this. We weren't alone while we were there. Everyone, at least locally, wants to see where The Hunger Games was filmed. I'm so glad I went.

Abby
By Abby Niles at March 21, 2012
Email ThisBlogThis!Share to TwitterShare to FacebookShare to Pinterest
Abby Niles
I'm a stay at home mom to 3-year old twins.

I love these pictures! Man, I just got back from the movie. I wish I had seen them before. I would have paid attention to see each building. As it is, I want to go see the movie again so I can see which buildings were featured!!!

Thanks a ton for sharing these.

Terrific pictures. It looks like a beautiful place there. Thanks for posting. I love abandoned places.