A Spooky Story for Halloween 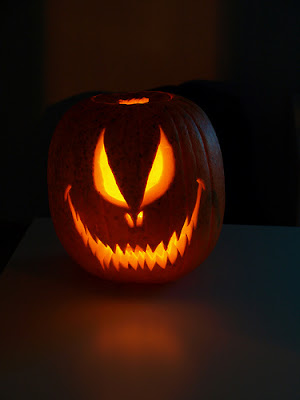 I’ve never seen a ghost, goblin, or witch...well, maybe a few witches...but I live in Los Angeles and we have scary stories of another kind here. Kenneth Bianchi and Angelo Buono – the Hillside Strangers, Richard Ramirez – the Nightstalker – those are the kinds of monsters that really chill my blood. Because they’re real.

I’m typically a pretty cautious person, but these days as a wife and mom I’m not in as many dangerous situations as I was when I was young, single, and stupid. I think one of the scariest situations I ever encountered was when I first arrived in L.A. at the tender age of 18.

I grew up in northern California, but decided to go to college at UCLA. Both of my older sisters were already living in L.A., one a senior at UCLA and the other working. The summer before I started at UCLA, I attended the freshman orientation. I was taking an English class at the local community college to get it out of the way and discovered that another girl in the class was also going to UCLA in the fall. We hit it off immediately and decided to fly down to the freshman orientation together. Our plan was to fly in the day before the orientation started, where we would be staying at the dorms, and spend the night with my sister in her apartment.

I don’t know about my friend, but I felt very important and grown-up. My sister picked us up at the airport and brought us back to her place, a small apartment in a so-so area of the city. That night we ordered pizza and sat on the floor of the living room with its thin blinds on the windows. We chatted late into the night, and I was loving my first taste of freedom away from my parents.

We were still laughing and talking at about one o’clock in the morning when we heard a knock on the apartment door. We all froze and stared at each other. My sister didn’t have a boyfriend at the time and nobody had called earlier to announce a late-night visit. The knock sounded again, louder this time followed by a man’s voice, “Hey, do you girls want to party?”

I was so scared I think my heart stopped. My older sister, who was just 23 at the time, jumped up and rushed to the door. Of course, it was already locked, deadbolt and all. She yelled back at the intruder through the closed and locked door with her toughest voice, “Get the f*** away from my door or I’m calling the police.”

We all held our breaths, and then we heard the man’s footsteps clumping down the stairs. Why hadn’t we heard him walk up the stairs before? How did he know a group of women was in the apartment with no male companions? Had he been watching the outlines of our bodies through the thin blinds? Had he been listening to our voices? From where? These thoughts tumbled through my mind, scaring the heck out of me.

The stranger’s intrusion put a damper on our little party, and we went to bed soon after, but I fell into an uneasy sleep. The bright sunlight and my excitement about the orientation changed my mood the following morning. We all agreed that it was pretty creepy, and my sister suspected the man might be a neighbor across the street.

The orientation turned out to be a blast, and that girl and I stayed friends throughout our four years at UCLA. During that time, I went to frat parties, studied late at night on campus, walked to a campus job at 5:30 AM, parked my car in deserted parking structures, was propositioned by a pimp (long story), rode on the back of my boyfriend’s motorcycle with no helmet. After graduation I lived the life of a single girl in the big city—clubs, bars, parties, one-night stands—in short, putting myself into all kinds of risky situations. But nothing really was ever as creepy as that night before my freshman orientation when a lone man tried to gain entry to an apartment with three single women at 1:00 in the morning.

THOSE are the kinds of Halloween stories that shiver my timbers.
By Carol Ericson at October 29, 2009
Email ThisBlogThis!Share to TwitterShare to FacebookShare to Pinterest

I feel like I've led a sheltered life, but I've had guys try to break into my apt. more than once when I was young. It is scary.

You're right, there is real evil out there.

I was twenty years old when I went to New York for the first time. I was by myself, and we arrived at JFK at 4:00 a.m. in the morning. For some reason, there were no cabs at that hour and nothing open at the airport except for one restaurant.

I went there not knowing what else to do. I sat at the counter and had breakfast. I started talking to a guy who turned out to be a mechanic at our overhaul base. This was when I was still in the administration building. He was waiting on a flight to Europe and his friend in NY had come to wait with him. He introduced me to his
friend and suggested he take me to my hotel.

Talk about being niave, I was. I thought it was the answer to my problem of getting to the hotel. To make a long story short, I was almost raped in my hotel room. That was the last time I was so trusting.

Yikes, Carly, someone tried to break into your apartment while you were there? When I lived in Santa Monica, there were three different attempts to break into my apartment, but I wasn't home for any of them.

Sandy, how awful! When we're young, we just don't think people are planning to harm us. I did all kinds of things when I was young that now I just wonder "What was I thinking?"

I've put myself in a few stupid situations and ended up very lucky! Yikes on all the stories!

Carol, that would be a very scary thing to experience.

When I was 16, a friend and I went to the Jaycees carnival, which was set up in the parking lot of a grocery store/strip mall. Across the street was another short strip mall with Walgreen's (a separate building) at the end. They made sort of an L with a parking lot behind Walgreen's, which was where we parked. When we headed back to my car later that night, we heard a man's voice, then a lighter flared to life, and we realized some guy was standing on the hood of his car with his schlong hanging out. He was waving it at us, trying to coax us over...It's funny thinking about it now, but we were scared spitless back then. We raced the last few feet to my car, somehow managed to get the key in the lock, and raced the hell outta there. LOL

Stacey, it's amazing how we survive our own stupidity sometimes, isn't it?

Donna, at 16 that had to be scary! Some guy flashed my sister and me when we were in Germany, but it was on a pretty crowded street and he was walking by - creep! We have a weenie wagger in our little town right now. Unfortunately, he flashes pre-teen girls, and he's been at it for about a year now. Happens every 2-3 months and they can't catch him. He stands by his car in an alley, pulls down his "basketball-type shorts" and flashes the girls. Then he hops in the car and drives away. They've published a composite drawing of the guy and have the description of 3 or 4 different cars. They think he's a local. Ugh, I hope they catch him soon.

Eeek! That's scary Carol! Glad you were all okay.

The city in which you live is certainly steeped in mystery and past intrigue. I've not had any spooky happenings on Halloween, but I've had some interesting paranormal encounters while traveling in Salem, the Louisiana bayou and Charleston :) Will always remember them.