Summer of the Travelin' Fool 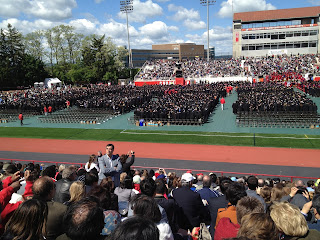 My summer actually started in May, when I traveled from my Boston home to upstate NY for a college graduation. At a very large ceremony, my clever daughter met up with a college trustee she knew so we were able to pick her out of the crowd. (The trustees are few in number, and distinctively attired; the graduates are many and all in black robes).

I followed that up immediately with a trip to Atlanta, Georgia. We dined at a restaurant in the Buckhead area with a cool vibe. 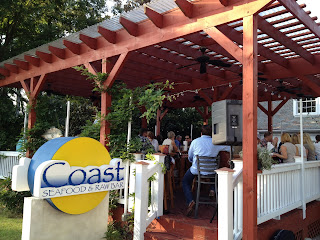 My husband ate so many crab legs, we thought he'd burst, but he pronounced them delicious. By the time he was done, I'd forgotten what I ate.


I expected to have a day at home after that to recoup and pack for my next trip, but life intervened and I had to leave almost immediately from the airport to travel to Vermont.

While I was enjoying Vermont, my husband offered to drive a car from Boston to Atlanta for a family member who needed the car down South. On the spur of the moment, I said I'd go with him to keep him company. What was I thinking? I was in Vermont. I'd have to go from Vermont to Boston and then 18 hours or so to Atlanta!

I had a couple weeks to listen to people tell me I was crazy and, I admit it, to dread the trip. But, guess what? It really wasn't bad. We stopped in Washington, DC to stay with my sister and her family in a beautiful suburb. We hit up the actual city of DC at 6 am to avoid the traffic and then we were on our way. Virginia, North Carolina, South Carolina all flew by. However, do not speed in NC. My husband said I saved him from several tickets as I drove through that state, which was littered with speed traps.

The nice thing about going south of DC is that you don't have the heavy traffic we're accustomed to up North. That is, until we reached Atlanta, where the gridlock, at 4 pm, stretched as far as the eye could see in both directions. That wasn't fun. We flew home, and this time I went directly from the airport back to Vermont. Ugh. I didn't want to impose another night on the friends watching my kid. 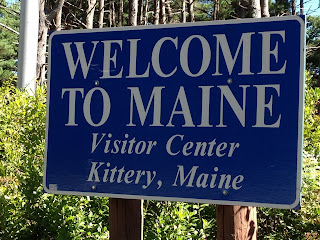 Last week I drove from Vermont to the beautiful coast of Maine, had a lobster fest on the beach, and then drove home to Mass. That was a loooooong day.

This upcoming week I will travel to Pennsylvania. In September, I'm going to a wedding on Cape Cod. In between those two trips, I hope to sneak in a quick weekend to Martha's Vineyard. All of that has to happen within a 3 week span, so maybe I'm optimistic about that.

And this is why my writing group has dubbed me 'The Travelin' fool'!

Who has had comparable traveling craziness this summer?
By Carly Carson at August 18, 2013
Email ThisBlogThis!Share to TwitterShare to FacebookShare to Pinterest
Labels: Carly Carson, traveling

Wow, Carly. I can't come close to you. We did take our RV to the Outer Banks in May, then turn around a week or so later and fly to Florida to drive my elderly parents up north for the summer, but aside from that and a long weekend in the 1000 Islands last week, we've stayed put.

That is a LOT of traveling, Carly! I like to travel but it wears me out. The only place I've traveled this summer is 2 weeks in Scotland. I don't like the long flights and layovers but it's worth it.

The 2 weeks in Scotland is worth being tired for. Too much of my travel is mundane.
Natasha, that's a long drive from FL to upstate NY. Similar to my trip to Atlanta. Not something I'd want to do too often.