Last month, Jenna Ives and I spent ten amazing days in England. I agreed to go to two Rolling Stones shows with her in Hyde Park in London, and she agreed to spend three days in the countryside touring old castles, churches and ruins with me (for research purposes, since I write historical romance). It was a win-win for both of us!


I thought you might enjoy a vicarious tour of some of the sights we saw when we traded our dancing shoes for hiking boots…
First stop was the church of St. Mary Magdalene, on the grounds of Stapleford Park in Leicestershire, the beautiful manor house where we stayed. This church houses the crypt of Stapleford Park owner William Sherard (who died in 1640 AD) and his wife Abigail. The top of the crypt has both of their statues carved into it, so lifelike that you can see what they actually looked like, even now after more than 370 years! There are also several statues of babies and infants carved into the edge of the crypt, representing their children. (Amazingly old stuff like this always raises the hair on the back of my neck!)

Our next stop was actually a drive-by:  Belvoir Castle (“beautiful view” in French, but pronounced “Beaver Castle” by the English because they couldn’t pronounce the French word ages ago) is the current home of the Duke of Rutland. The castle dates back to Norman times, and has been the ancestral home of the Manners family for five hundred years. The current duke is the 11th duke. He lives here with his wife and five children. I have a passing acquaintance with the duke’s younger brother.


Next was Belton House (above) in Lincolnshire – a beautiful Elizabethan manor built in 1688. Belton was first mentioned in the Domesday Book of 1086 as ‘Beltone’ meaning a village located on a dry piece of land farmed by families or groups of individuals. In the 1600’s, the Brownlow family began acquiring land in the area, and eventually built Belton House along with its fabulous gardens, orangerie and deer park.


Next up was Burghley House, considered “England’s Greatest Elizabethan House.” It was built in 1543 by William Cecil, chief minister to Queen Elizabeth I. Imagine all the history, intrigue, and royal machinations that have been played out here! The Cecil family still lives in one part of this amazing castle. 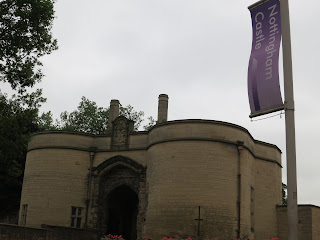 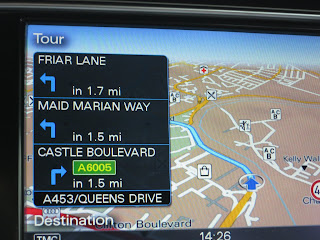 Of course, no trip to English castles would be complete without a visit to Nottingham Castle (above), home to the Robin Hood legend. (Jenna & I laughed out loud at the directions our GPS gave us to get there...) The original castle was built by William the Conqueror in 1068, but everyone knows it mostly from around 1194 when it was besieged by King Richard I (Richard the Lionhart) who seized it from his evil brother John, who suppressed the poor people around Nottingham and gave rise to Robin Hood stealing from the rich and giving to the poor. Nothing remains of that original castle except this entryway (above) and the castle wall. A manor house was built on this site in the 1800’s. 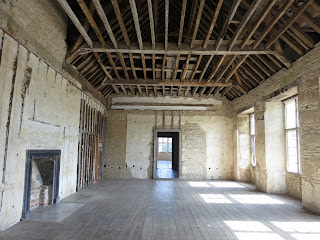 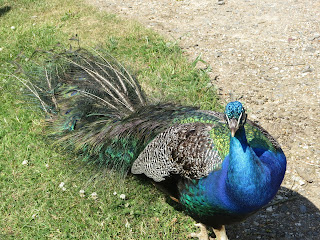 The only real “ruin” we saw that day was Kirby Hall in Northhamptonshire (above). It was started in 1570 by Sir Humphrey Stafford, but completed by Sir Christopher Hatton, one of Queen Elizabeth I’s favorite courtiers. It fell into ruin in the nineteenth century, but is now being restored by English Heritage. There’s a beautiful parterre garden, and a flock of peacocks that still live there to this day!


Jenna and I also tried to visit Rockingham Castle in Market Harborough, which was built in 1066 and was the oldest castle on our list, but unfortunately, it was closed to visitors that day!


I hope you’ve enjoyed this very abbreviated tour of Leicestershire, Rutland, Nottinghamshire and Lincolnshire. It’s just a small slice of the countless castles you can still see in England!


What about you? Ever been to England? Are you the ‘swinging Londoner’ type or, like me, more of the ‘walk back into history’ type?  Tell me about your experience! 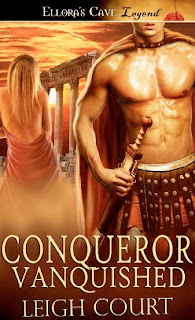 I love England. It has been a few years since visiting though, so I must go again. Your photos are gorgeous.

Great pics! Sounds like you had a fantastic time. I'm more of the hiking shoes and touring castles type. :) I've been to England once but didn't get to visit any castles. I'm a huge fan of touring Scottish castles though.

Vonda-
I *love* your pics of Scotland! It's one of my favorite places in the world to visit -- so haunting with its tragic history.

It's hard to believe these buildings are as old as you are saying. It's just as hard to believe anyone ever actually lived in them. Gigantic! And no heat or air conditioning! Lovely photos of what I imagine was a wonderful trip.

Alyssa -
It WAS a wonderful trip! And these houses really ARE that old, but obviously most of them have been upgraded with A/C and heat through the years, LOL!

Neat pics! Always wanted to do some castle tours for research. If I could, I'd visit the entire area from Russia to the Isles, but first I have to do two things. Become rich so that I can pay for it, and become immortal so I have enough time to do it. ;)

I've never been to England but would like to go. I can't imagine living in such a large place, but I guess if you had help to keep it clean it would be a good deal.

It looks like you and Jenna had a fabulous trip and I hope there are more posts and pictures coming.

What a wonderful trip you must have had. Thank you for posting the pictures. Now I can see where such a brilliant writer gets some of her inspiration! Looking forward to going on the next journey with you...

Thank you for this beautiful arm-chair traveling. Wow. What a special trip this must have been. Thank you for sharing.