Journey from Ullapool to Stornoway


On our recent trip to Scotland, we stayed five nights in Ullapool. Our first day there, we climbed this hill or mountain behind Ullapool and walked along the top of it. I'll write about that walk on another blog post. Today's post is a photo diary of our ferry trip from Ullapool out to Isle of Lewis. Click to see a photo of the Caledonian MacBrayne ferry.

We heard that some of the fishermen on the fishing boats feed a seal that lives in the Ullapool Harbour. He's probably waiting for his breakfast.
Click on the above photo to enlarge. It was really windy and cold on the decks of the ferry, but we still preferred to stay outside in the fresh air so we could view the beautiful scenery. 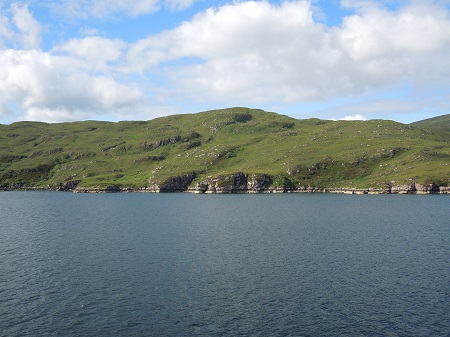 This is Loch Broom and the hills on the opposite side of the loch.

The lighthouse takes its name from the Gaelic An Rubha "headland." It is said that many years ago some sailors were found here shipwrecked and sleeping on the rocks, unharmed. 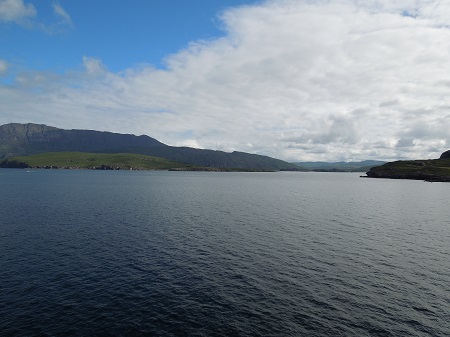 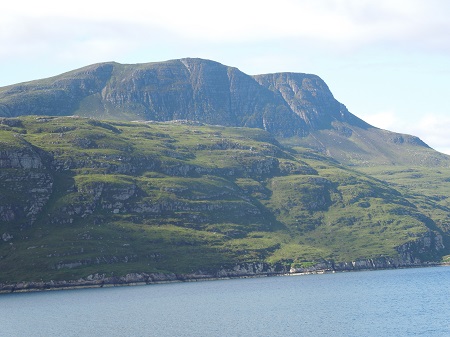 We passed many beautiful mountains and islands including the Summer Isles. 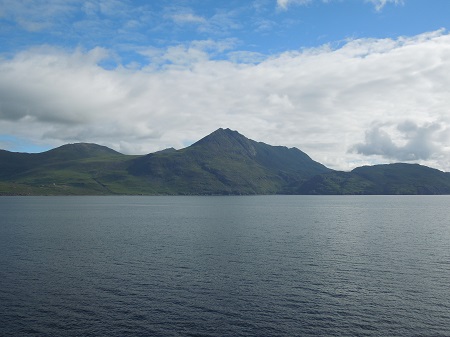 The only island of the Summer Isles which is inhabited is Tanera Mor, the largest of the islands. It has a salmon fish farm, a cafe, a post office and some rental cottages. It has no roads and only a trail around the island. It is known for issuing its own postage stamps. Other Summer Isles include Bottle Island, Horse Island, Isle Martin, Priest Island, and several others. 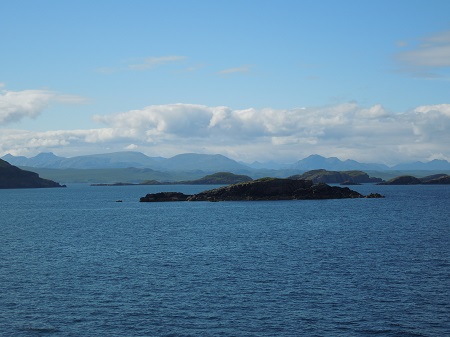 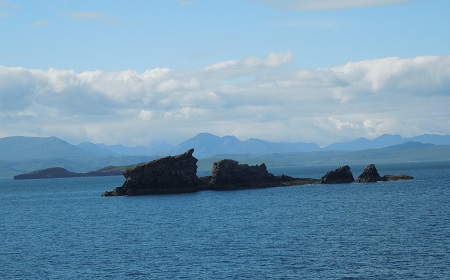 We passed through a few minutes of what appeared to be open ocean, where any land masses were difficult to see in the misty distance. This is called the Minch. 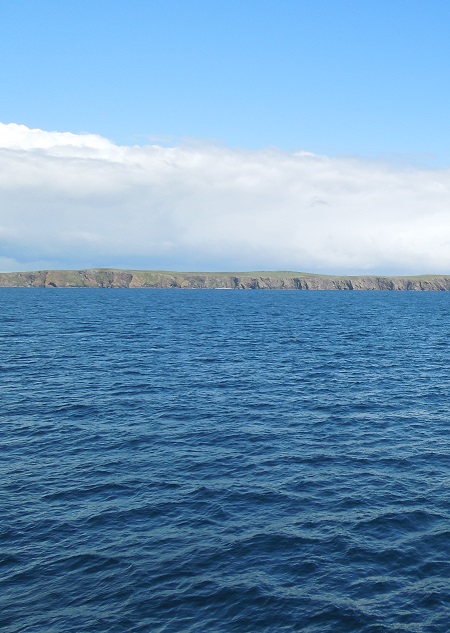 Then we approached Isle of Lewis. It is 55 miles from Ullapool to Stornoway. The ride across takes 2.5 to 3 hours.

As we approached Isle of Lewis, we saw this beautiful little lighthouse. Arnish Lighthouse was built in 1852 by Alan Stevenson, member of the famous Stevenson family who designed and built several lighthouses. Robert Lewis Stevenson was also a member of this family.

I hope you enjoyed this journey across the Minch. Next time we'll look at some fascinating historical sites on Isle of Lewis.
Thanks!!
Vonda
www.vondasinclair.com

PS In other exciting news, my book, My Wild Highlander is the WINNER of the National Readers' Choice Award in historical. Woohoo! :)

Beautiful photos as usual! I'd feed the seal too. He's cute!

Congrats on the National Reader's Choice Award. It's very well-deserved.

Thanks so much, Tamara, on both counts! I thought the seal was adorable too.

How beautiful!! Lucky you to be able to see it. Loved the seal!

Yeah, that seal is adorable. :-) The rest is amazing. The Rhue lighthouse actually looks tiny against that mountain behind it. It sounds like you had an awesome trip!

Thank you, Ella! It's amazing and beautiful in the Western Isles. Wish everyone could visit!

Thanks Vanessa! I loved getting photos of the seal. They remind me of dogs that live in the water because they have whiskers and bark. :) That's true about the Rhue lighthouse. It does look tiny.

Thanks, Mairi! I hope you get to go out to Lewis soon.

Congrats on the National Reader's Choice Award. That's awesome! I love the pictures of Scotland, as well.

Thanks so much, Carly! It was a huge honor. I'm glad you like the pics too.