Okay, so I admit it. I’m not a fan of Historical tales. I know, I know. How awful, you say. I’ve tried to enjoy them, really I have. I’ve read a few (mostly erotics, LOL) and I find that often I have a hard time getting into them. That’s not to say the ones I read were bad. Honestly, they weren’t. It’s just me. Really.

So why on earth am I so enthralled with Starz’s new series Spartacus: Blood and Sand? And why do I find myself glued to Netflix on my computer watching the first two seasons of Showtime’s The Tudors back to back? These could be considered Historical tales, right?

Ancient Rome, Gladiators, and the possibility of death by the hand of a comrade while a raucous, drunken crowd goes wild in the stands.

Anne Boleyn seducing Henry the VIII, as an insatiable Henry seduces everyone else. And how could we forget the King’s love for beheadings?

Yes, I realize the actual historical facts in The Tudors are seriously skewed. And that Gladiators probably weren’t cut, buff hotties, but more likely scarred and angry men. But I like these shows. I can’t help it. 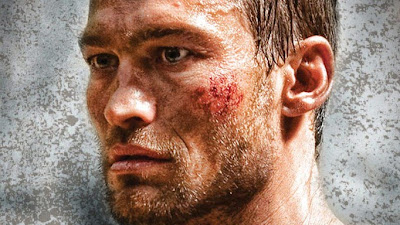 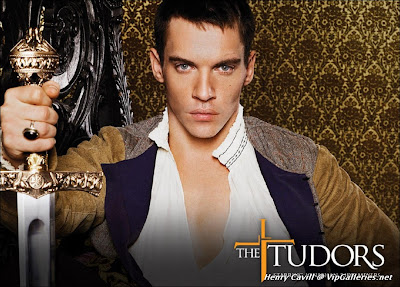 And the actor who gets to me in The Tudors? I bet you’re thinking Jonathan Rhys Meyers, right? Yeah, he’s handsome and all. But just a little...oddly intense, maybe? No, I find the man I’m most drawn to is Henry Cavill. This guy’s smile could melt me in a second. He’s just as insatiable as the King, but more discreet. And sexy as hell. 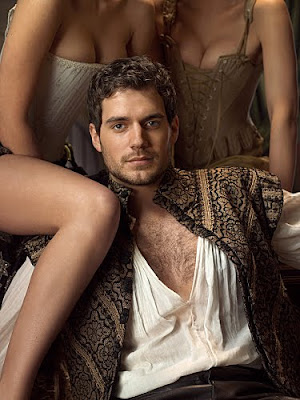 I know what you’re thinking. There’s no comparison between true historical novels and these types of campy television shows. I get that. But the fact that I’m drawn to these programs (for anyone who really knows me) is pretty amazing. Could this be the tip of the iceberg, the one thing that sends me over to the ‘historical’ side of the force? Maybe. Who knows?

But in all honesty, I think it’s the visual side of me that loves them. I can sit for an hour (or in the case of me watching The Tudors, several hours, LOL), and lose myself in something that’s not my norm. I need that right now in my life. A little change, something to shake me up. Heck, I think at some point everyone needs that. And the fact that there’s gorgeous men involved? Well, that never hurt anyone, has it?

Great post! I loved the first couple seasons of The Tudors and Henry Cavill also. Whew! I haven't watched Spartacus yet. Something to look forward to!

Kristin, I love historicals - books and TV shows. I've been watching The Tudors since the first season, and you're right, Henry Cavill is hot! I'm not following Spartacus, but my husband is watching. I just eyeball those incredible hunky bods every once and a while and tease my husband that the show is a gay man's dream come true. LOL

OK. So I am also addicted to The Tudors and also a huge Henry Cavill fan. I am with you! Don't ask me why either, but I have also been addicted to Spartacus: Blood and Sand. It's REALLY good. Serious eye candy :)
I'll think about you Sunday's when we just sit in awe...