The afternoon of June 21, we drove north along the coast of the North Sea, through Wick and to John o'Groats, supposedly the most northerly village on the British mainland. A lot of walks, races and charitable events take place between John o'Groats and Land's End, the most southerly place on the British mainland in Cornwall. The place is named after Jan de Groot, a Dutchman who during the late 1400s ran a ferry from the Scottish mainland to Orkney. 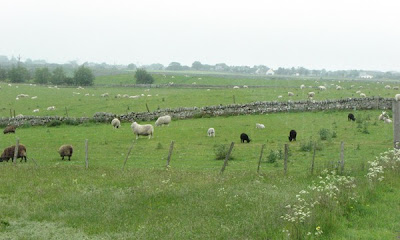 Sights on the way toward John o'Groats...A few of the millions of sheep that inhabit Scotland. The stone walls used for fencing make everything picturesque. 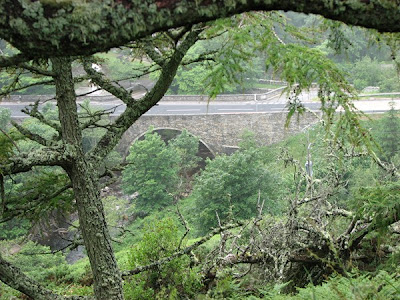 We stopped here for a photo op and I thought this made an interesting shot, though I don't remember the name of the place. 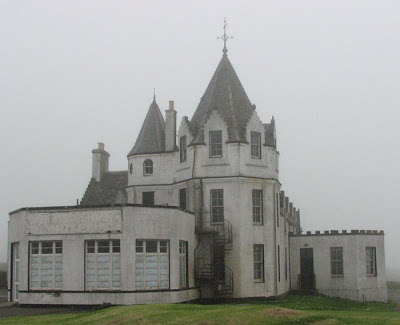 Here we saw the John o'Groats House Hotel which is closed and in need of restoration but I understand the bar is still open. The whole afternoon was very cloudy, foggy and misty. I found John o'Groats to have a very interesting and almost foreboding atmosphere. I walked alone the short distance from a shop and below the almost abandoned hotel where I saw a nice view of the harbour. The cold wind would've been chilly had I not had on 3 - 4 layers of sweaters and jackets. A big change from the 90 degree heat of NC where I live. Despite the cold, I decided to have ice cream, while my friend came back with a lamb's wool hat and wool sweater from a shop. 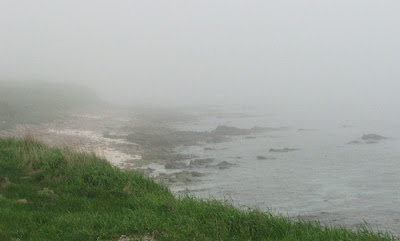 A Viking (or Norseman) still stands guard near some of the new shops. Evidence of their historic presence remains everywhere on the north coast. 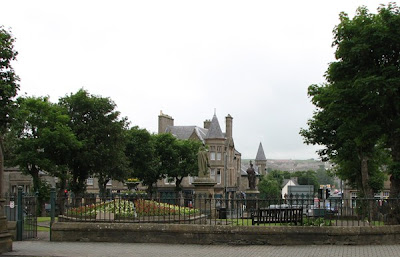 The stop at John o'Groats was brief and we headed on toward Thurso (above) in Caithness where we were to stay the next two nights in the Pentland Hotel. The misty atmosphere remained and Thurso seemed a gray town (lots of gray buildings) with tons of history. It was a wee bit bleak but I enjoyed it anyway. I love atmospheric settings and this was great research. 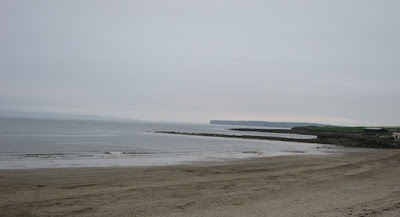 Just walking down the street is fascinating because everything is so different from the US. We strolled from our hotel, along Princes Street toward the shore. We walked on the sandy beach for a while, then along a walkway toward Thurso Castle, an interesting abandoned ruin. 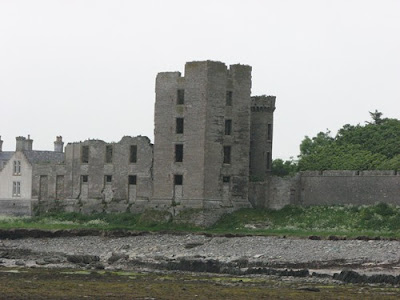 At the time I didn't know the name of the structure but someone in our group mentioned Sinclair. We couldn't get near the castle from where we were because a river ran between. I researched it when I came home and found that Sir Tollemache Sinclair rebuilt Thurso Castle in 1878. The Gothic grandeur is more clear on the gatehouse. This is how it looked in the late 1800s. One source says a fire destroyed it. Another says it was built in an unstable way, without enough support, and when a World War II sea-mine exploded nearby this made the building unsafe. Part of it was knocked down and the place abandoned. The original castle on the site dated from the 1100s and was an earthwork fortress, founded by Norse Earls. Later, during the 1600s, a stone tower house was built. Thurso means Thor's River. The Vikings lived here from the 900s. The Scots evicted them in the early 1200s. 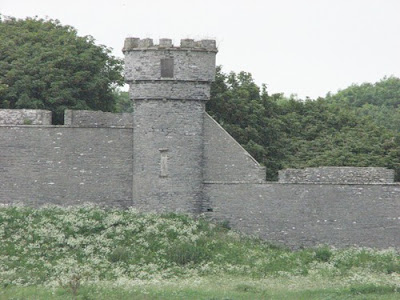 What a wonderful visit. I loved your pictures. To be able to travel like this and see other parts of the world,so foreign to us here in America is truly an experience. Thanks for sharing.
Sharon.

Very Nice place! But what are you doing so far? rsrsrs. I love Scotland, but I don´t know Thurso! Thnaks for sharing.
Andre Bufrem from Curitiba, Brazil.

How did I miss this yesterday? I love these pictures. They truly say 'Scotland'.

Love the photos, Vonda! No hardy Scots sunbathers??? :) Hey, from the romance stories, these guys are always shucking their kilts, and taking a swim. Darn that you didn't get a shot of that! :) hehehe....

Sharon, thanks for dropping by to check out my pics! Scotland is truly amazing and so very different from the US.

Andre, thanks for checking out my pics! We stayed at Thurso 2 nights and during the day between we took the ferry out to Orkney Islands. Truly wonderful place. Lots of prehistory sites.

Thanks Carly! Yes, these pictures do say Scotland in a big way.

Thanks Terry! No Scots sunbathers out here. LOL! Brrrr. It was probably around 50 degrees, which was the case much of the time. LOL

Thanks for sharing your photos, I was fortunate enought to have drivin from aberdeen to Thurso this past May with my son to do a surfing contest this actually was my 2nd time going there, Iam also from US, I feel blessed to have been able to see this part of the country I felt like I took a step back in time and it is possible to enjoy the simple things in life, and to see my 20 year old son chasing sheep and enjoying the ancient history was worth more than money, some of the surfing contest was held at Brims Ness which is now a cattle farm, but also has a tale and a castle remains there the other days of the contest where held at Thurso Castle on the grounds, it was fantastic. Love Scotland... hope to be back again.....

Thanks for dropping in! Wow surfing in May. I bet it was freezing! I agree it's like a step back in time. I'd love to return to Thurso also, and explore the whole town as well as the castle grounds. It's an amazing place!

Regarding Thurso castle: I have read the story about the fire in different books and on different web sites. It is however not true. I spoke to the lady that lives in the old servants building attachted to the castle ruins. She was over 80 years old and use to live in the castle straight after WWII with her husbant who owned the castle. The place was poorley constructed and very uncomfarteble as there was no central heating and very unstable. Slamming a door caused the whole building to tremble. The unstability of the castle was however not due to the sea mine that exploded (though it must not have done the building any good). As it was more comfortable to live in the servant buildings next to the castle they decided to do so and remove the roof and great part of the upperstructure of the castle for safety reasons (that was in 1952). Later in the 50ties they had to demolish the building even futher as great part of the interior had collapsed spontaniously during a hot calm summer day.

Anonymous, thanks so much for explaining this. How interesting it must have been to talk to the lady who used to live in the castle. I love exploring history in this way.