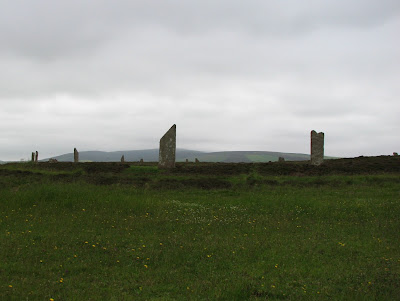 After leaving Skara Brae, we visited the "Heart of Neolithic Orkney" which has been designated a World Heritage Site. This area surrounding the Ness of Brodgar contains a concentration of Stone Age ceremonial monuments. The main site we visited here was the Ring o' Brodgar, an impressive standing stone circle on a thin strip of land between Harray Loch and Stenness Loch. We walked around inside the stone circle while our specialist guide told us all about it. 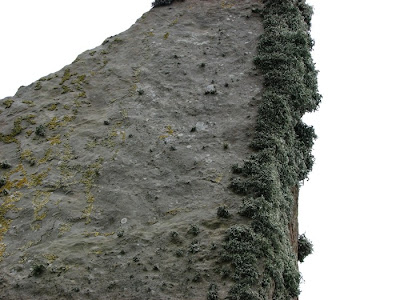 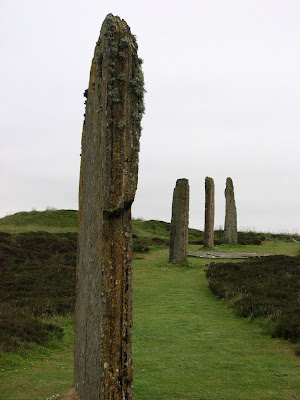 The Ring o' Brodgar (the "d" is almost silent when the word is pronounced) is thought to date back to around 2500 BC to 2000 BC. It is a true circle with a diameter of 340 feet and originally contained 60 megaliths. Only 27 of these remain standing today. They vary in height from 7 feet to just over 15 feet. Experts believe the Ring o' Brodgar was part of an enormous prehistoric ritual complex that incorporated several other stone circles and solitary standing stones, some a mile or more away. This area has a large amount of archaeological remains including early burial sites and mounds. They are believed to have been important in the people's religion, ceremonies and relate to astrological alignments, like the setting sun at Winter Solstice, much like Stonehenge. 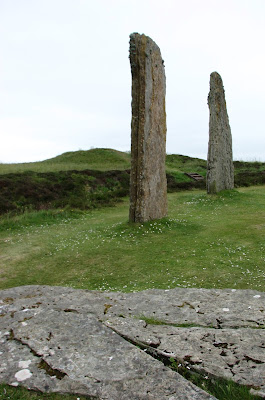 Here you see one of the stones which lies on the ground and the path leads over it. Two stones stand in the background, and a massive ditch that was originally deep lies beyond. In the far background you can see one of the mounds which was important to the Neolithic people. 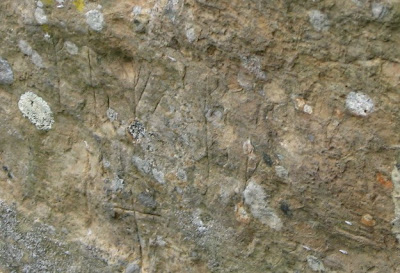 We saw Viking runes "graffiti" carved on one of the stones and dates to around 1100 or 1200 AD. It is believed to be the name Bjorn. As in... Bjorn was here. 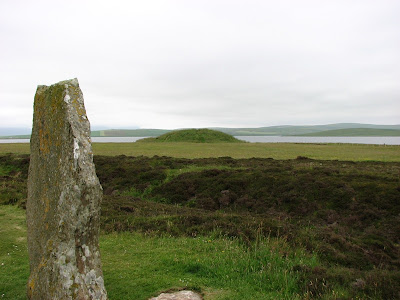 Another of the mounds near the loch. The whole area is very beautiful. 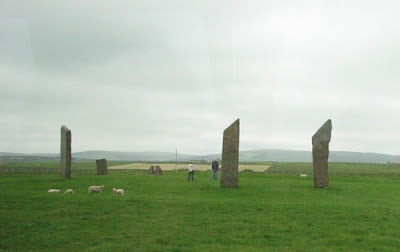 I had always wanted to visit a standing stone circle, so I was thrilled to get my wish!