Highlander Unbroken is up for pre-order! 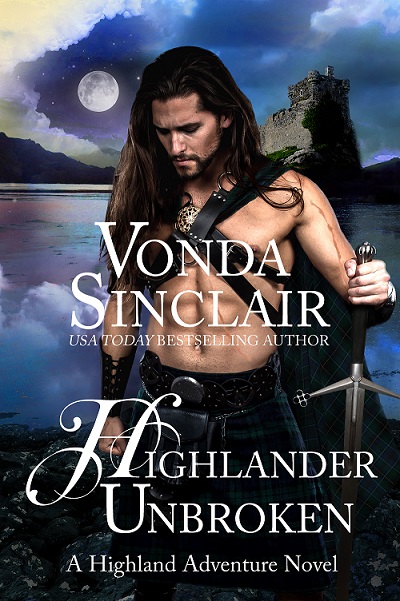 Highlander Unbroken is up for pre-order now at Amazon and is scheduled to release May 10!

Torture has driven Neacal MacDonald to the brink of madness. As the new chief of the MacDonald clan, Neacal will do whatever it takes to make his late father proud and to help his clan thrive. But whispers of his madness abound and many in his clan turn traitor, wanting MacDonald of Sleat to lead them instead. Conflict ignites between the bitter rivals when Sleat garners the help of the man who tortured Neacal in the past. Can one woman's song pull him back and begin to heal his soul? Everything has been ripped from Anna Douglas except her angelic voice and the will to survive. When she meets Neacal MacDonald, she recognizes something familiar in him—stark loneliness and pain. His past could be even more tragic and tarnished than hers. No one must learn her true identity or about the brutish man claiming she is his wife, for he will stop at nothing to reclaim her. Though Neacal vowed to never trust a woman again, he cannot resist the secrets in Anna's eyes or her spellbinding song, which threatens to break down the icy walls surrounding his tormented heart.
---
I thought I would share some of the photos of the place which inspired the story's setting... Castle Tioram on Loch Moidart on the rugged west coast of Scotland. One of the MacDonald strongholds.