How many towns can combine both major historic significance, and also literary/cultural significance? Concord, Massachusetts is one such town.

Most people know Concord as the birthplace of the American Revolutionary War, a spot the British marched on when they left Boston to quell those pesky Minutemen. The town is proud of its history, and Wright's Tavern, where the British refreshed themselves on that fateful day, still stands.

We had brunch recently at the Colonial Inn, another landmark dating from 1716, found in the center of Concord. 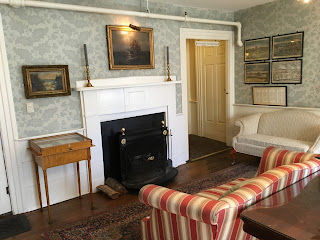 I was with other people so I didn't get to examine things as closely as I would have liked, but the inn is very interesting. Lots of small rooms, tastefully decorated. Here's the dining room. 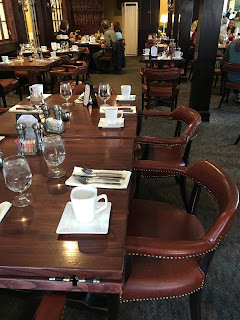 The role of the Concord townspeople in defending themselves against the British would be enough to give the town an importance to American history.

But Concord is also home to many famous American writers. Louisa May Alcott was one. Here's her home (Orchard House), which is now a museum. 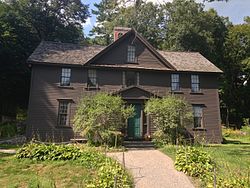 Other notable literary luminaries include Ralph Waldo Emerson (the 'shot heard round the world' in reference, literally, to the British marching on Lexington and Concord), Henry Thoreau, and Nathaniel Hawthorne. (My sister had some words to say on the subject of the great Thoreau taking his laundry home for his mother to do. lol)

The Wayside is another Concord museum which was, in turn, a home for the Alcotts, Hawthorne and Margaret Sidney, who wrote the Five Little Peppers series. Has anyone but me read them?

Doris Kearns Goodwin lives in Concord today, as do other contemporary writers.

The brunch was delish! 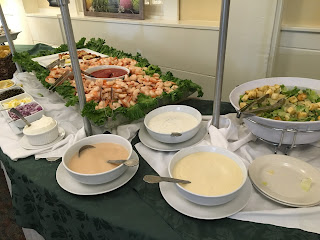