New Release, a Secret and a Sale

Finally! Her Royal Mistake, the long-awaited book #3 in the Her Royal Romance series is here!! 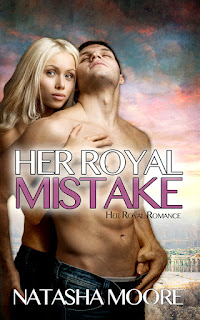 I'd planned to have this book release in 2014 and I want to thank all my readers who have patiently waited for Birgitte and Nardo's story. If you follow this blog, you know about the family emergency last year that had me running to Florida to be with my parents for five months. No writing happened during that stressful time. But the problems with the book started before then. I'll let you in on a little secret. I'd originally planned for Birgitte to end up with Prince Stefano, Vittorio and Angelina's brother! The story wasn't working, but I hung onto that premise for longer than I should have. After I wrote Her Royal Rendezvous for the charity anthology, Love Is... and met the lovely Liliana Gullotti, I realized she had a large family and her sexy brother, Nardo, was the perfect hero for Birgitte. I'd started the story with these two characters before heading to Florida, and I've finally finished it. I'm pleased to say I think it's now one of my favorites!

A night of passion leaves the princess pregnant.

Birgitte, the “Ice Princess” of Stagatland escapes her narrow and empty royal existence with mindless partying. A wild night with a handsome olive farmer leaves her with a problem that can only be solved one way…a marriage of convenience. Raised by cold and judgmental parents, Birgitte knows nothing of love but is determined to do her duty to the royal line.

With royal blood in his own veins, Nardo Gullotti is a man of honor and proposes as soon as Birgitte mentions her pregnancy. But passionate and earthy Nardo can’t be satisfied with a marriage in name only. He is entranced by the lovely Birgitte and determined to shatter the ice around her heart…by any means necessary.

“Take me to bed,” she murmured, her lips brushing against his.

Nardo scooped her up into his arms as if she weighed nothing at all, as if she wasn’t nearly as tall as he was. He carried her over to the bed and dropped her onto the jumble of bedclothes. His smile warmed her even more. He slipped off her shoes, tossing each one over his shoulder. She didn’t bother to notice where they landed.

“I never thought I’d have you in my bed again.” He stripped off the rest of his clothing while he talked, his gaze never leaving hers. “It made me sad because I enjoyed very much giving you pleasure. Being pressed up against you, skin on skin. You’re beautiful, but it was your taste, your touch that drew me to you. That made me desire you again.” His smile made her shiver. “That makes me desire you now. Naked. With me.”

“Did you talk this much before?” Her amusement was clear in her voice. “If so, I don’t remember.”

He lifted a brow. “You don’t like my words?”

“I like your words a lot, but I’d like it more if you would stop talking now.”

“Because I can think of a much better use for that charming mouth of yours.”

His wicked smile sent chills over her and when he crawled onto the mattress and between her legs, she threw her head back and let him charm her with his mouth, his lips, his tongue. His breath was hot on her thighs as he rained kisses along her sensitive skin. She moaned when she might have cried out. She couldn’t forget they were not alone in the house.

“So you like my mouth?” He nipped at the spot behind her knee she loved him to play with.

“I like the things it does.” She gasped. “Do that again.”

He looked up at her with a smile in his eyes. “Ah, so now you are back to commanding me, principessa?”

She reached out and threaded her fingers through his silky hair. “You can have your turn telling me what you want me to do. As before. Just do that thing again. Now.”

“This?” He scraped his teeth over her skin and she shivered.

He nipped her once more, then kissed that sweet spot before he moved between her thighs to taste her there. She arched her back as he swept his tongue over her. He could do whatever he wanted with his talented mouth and she’d beg him for more.

No, not beg, command.

As he played with her with his mouth and she writhed beneath him, she thought that maybe she would beg after all.

The digital version of Her Royal Mistake is live now at Amazon. B&N and iTunes should be live soon. And the print book will be available as soon as I okay the proof.

Thanks everyone! The talented Lacey Savage has done all the Her Royal Romance covers.

Congratulations on the new release, Natasha! Love the cover!