My Cruise to the Bahamas!

Thankfully, I didn't need a barf bag, as I thought I would. In fact I was hardly nausous at all, and would definitely go on another cruise. Our ship was the Norwegian Sky, and with all the food I wanted to eat available, and soft ice cream machines everwhere, I was sure I'd gain weight, and was surprised that I didn't. Probably due to all the walking we did onboard and on shore. 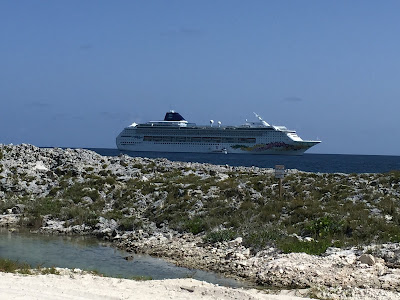 Our cabin was your basic, no window, twin beds with a bath deal, but that was fine, because who stays in the room when you're on a cruise? And the entire staff and crew were wonderful!

Our first stop of three was Freeport. And I must say my least favorite. The taxi ride from the ship and back was fourteen dollars each in a crowded van, and when you got there, you had to pay another three dollars to get on the beach, and for use of wi-fi or the bathroom facilities. And, of course, another three dollars if you wanted a chair. The return ride was stressful, to say the least. The taxi driver was a young man in his twenties and his driving scaried the daylights out of us all! I don't think he looked either way at intersections, he talked on his cell phone, and to make it worse, we had no air conditioning! But the locals were very friendly and nice! 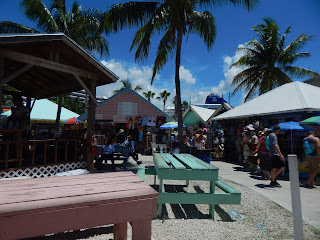 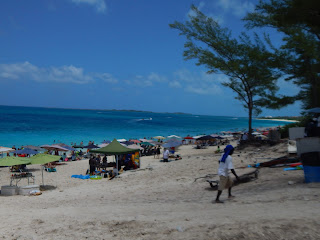 Our second stop was Nassau, which I loved! Atlantis is a place everyone should visit. It's magical with all the statues of the underwater world, with lots of high-end shops, as well as a few that were affordable to me. There were small manmade lagoons, one with small sharks, and another with sting rays, and the beach was beautiful. Keith Urban will be performing at Atlantis in September, if you're interested. 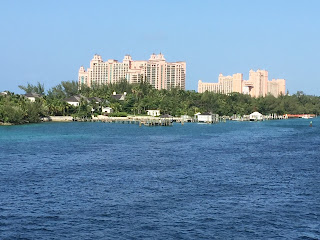 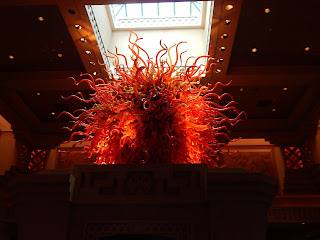 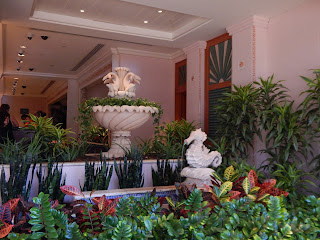 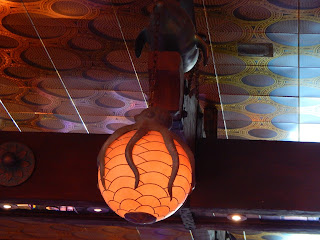 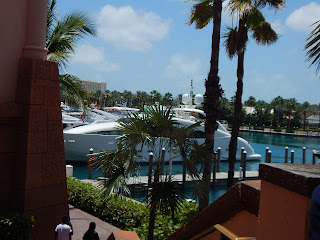 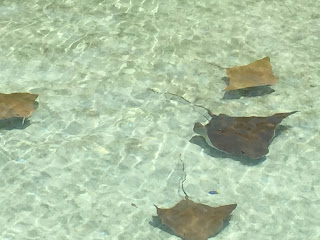 Our final stop was an island owned by Norwegian, Stirrup Cay, which was my favorite. We were taken by small boats from the ship to the island, where chairs were already set up for everyone. Food was also transported to a pavilion, where we later had lunch, while a multitude of sea gulls watched from a few feet away. The beach was pristine with white sand and the water a beautiful blue green. The temperature was absolutely perfect, and I spent a lot if time in the water, which was so clear I could see several feet down to the ocean bottom. 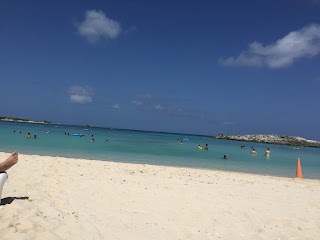 I enjoyed the experience, and hope to go again, but next time, Alaska!

Awesome pics, Gwyn! Looks like you had a wonderful trip!