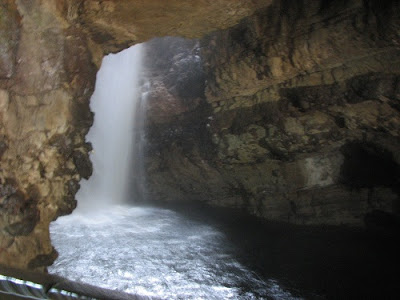 Smoo Cave is on the edge of Durness on the north coast of Scotland. The cave is 200 feet x 150 feet x 50 feet high at the entrance and contains 3 sections. Inside the second section is a very dramatic and noisy waterfall, the Allt Smoo River, pouring through the cave. Standing inside this smaller part of the cave right next to the waterfall, you have to shout to be heard when talking. Sometimes boat trips are available that go back through the cave to the third section but when we were there, the river was flowing too much for a full tour of the cave. The waterfall is 80 feet high. 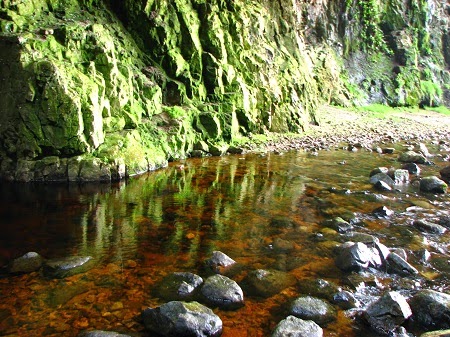 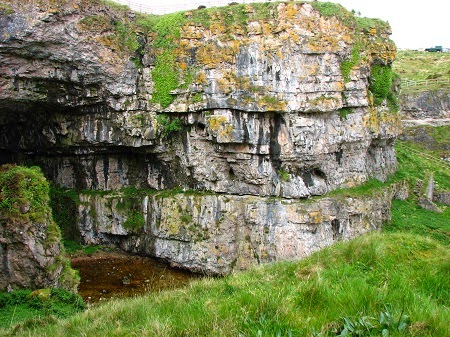 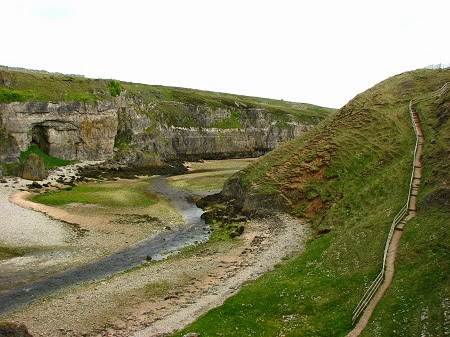 The cave is said to have served as a smugglers hideaway hundreds of years ago and also that illegal whisky was distilled in the deepest part of the cave. One story says after 1745 government revenuers were sent in to stop the illegal distilling of whisky and arrest those responsible. They hired Donald MacKay who lived nearby to take them into the deepest part of the cave so they might find the stills. The river happened to be in high flood at the time and MacKay is said to have steered the boat into the waterfall so it would capsize. He was a strong swimmer and swam to safety. The revenuers were not so lucky and one of their bodies was never found. It is said he still haunts this part of the cave. 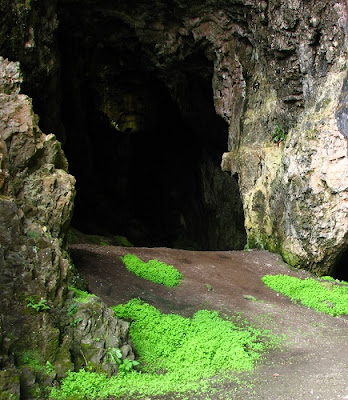 In 1992, a midden--a domestic prehistoric refuse heap--was discovered and excavated at the entrance to the cave (above). It contained many discarded shells. Early inhabitants of the cave had eaten a lot of shellfish. The top of the midden was dated to the Iron Age and the deeper layers were much older, dating back to the Mesolithic Era. They believe these people were the earliest human inhabitants of the Highlands.

Thank you for visiting Smoo Cave with me!!

In writing news, My Notorious Highlander won an award! It's the Colorado Romance Writers Award of Excellence. Here is my trophy! I love it!! 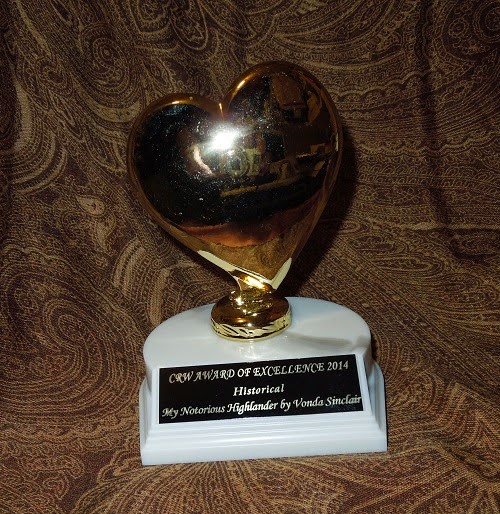 Beautiful photos as always, Vonda! Interesting caves and I can see how they'd be of service. Distillery indeed! LOL.

Love all the great photos!

So very interesting, Vonda. Your photos are wonderful for getting a good feeling of the area and history. Thank you!

Thank you, Tamara, Mary, and Gerri!! So glad you enjoyed it!