While doing research for my Highland Moon Series, I've come across a great many unusual and interesting people in Scotland's history, most of which I've never even heard about. One person who caught my attention was Coinneach Odhar, The Brahan Seer, who was gifted with "the sight", also known as The Second Sight or Two Sights, the ability to see this world and another world at the same time. His prophecies were so impressive that they are still talked about today. I was surprised to learn that having "the sight" has never been regarded as witchcraft in Scotland, but seen more as a curse.

The Brahan Seer, (Coinneach Odhar) was born Kenneth Mackenzie, at Baile-na-Cille, in the Parish of Uig and Island of Lewis, around the beginning of the 17th century. He lived at Loch Ussie near to Dingwall in Ross-shire and worked as a laborer on the Brahan estate, seat of the Seaforth chieftains.

According to legend, it was through his mother that Kenneth was given the sight. At a graveyard one night, his mother encountered the ghost of a Danish princess on her way back to her grave. In order to allow her to pass back into the grave, Kenneth's mother demanded that the princess should pay a tribute, and asked that her son should be given the second sight. Later that day, Kenneth found a small stone with a hole in the center, through which he would look and see visions.

Here are some of The Braham Seer's visions that came true:

The Battle of Culloden in 1745, which he spoke at the site, and his words were recorded. "Oh! Drumossie, thy bleak moor shall, ere many generations have passed away, be stained with the best blood of the Highlands. Glad am I that I will not see the day, for it will be a fearful period; heads will be lopped off by the score, and no mercy shall be shown or quarter given on either side."

He spoke of the joining of the lochs in the Great Glen. This was brought to pass by the construction of the Caledonian Canal in the 19th Century.

He talked of great black, bridleless horses, belching fire and steam, drawing lines of carriages through the glens. More than 200 years later, railways were built through the Highlands.

North Sea oil was foretold: "A black rain will bring riches to Aberdeen."

Coinneach Odhar spoke of the day when Scotland would once again have its own Parliament. This would only come, he said, when men could walk dry shod from England to France. The opening of the Channel Tunnel in 1994 was followed a few years later by the opening of the first Scottish Parliament since 1707.

Streams of fire and water, he said, would run beneath the streets of Inverness and into every house. Gas and water pipes were laid down in the 19th century.

Pointing to a field far from seashore, loch or river, he said that a ship would anchor there one day. "A village with four churches will get another spire and a ship will come from the sky and moor at it." This happened in 1932 when an airship made an emergency landing and was tied up to the spire of the new church.

"The sheep shall eat the men" During the Highland Clearances, families were driven from the Highlands by the landowners and the land they farmed was given over to the grazing of sheep.

At the height of his fame, The Brahan Seer made the prediction which would ultimately cost him his life. Isabella, wife of the Earl of Seaforth, said to be one of the ugliest women in Scotland, asked for his advice. She wanted news of her husband who was on a visit to Paris. Odhar reassured her that the Earl was in good health but refused to elaborate further. 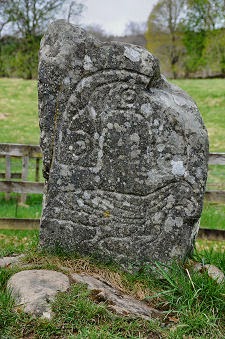 This enraged Isabella, who demanded that he tell her everything or she would have him killed. Coinneach told her that her husband was with another woman, fairer than herself, and he foretold the end of the Seaforth line, with the last heir being deaf and dumb. (Francis Humberston Mackenzie, deaf and dumb from scarlet fever as a child, inherited the title in 1783. He had four children who died prematurely and the line came to an end.) Isabella was so incensed by this that she had Coinneach seized and thrown head-first into a barrel of boiling tar.

There is a stone slab by the light house at Chanonry Point, near Fortrose, that is said to mark the spot where he died. The inscription reads: "This stone commemorates the legend of Coinneach Odhar better known as the BRAHAN SEER - Many of his prophesies were fulfilled and tradition holds that his untimely death by burning in tar followed his final prophecy of the doom of the House of Seaforth."

The legend is well known and respected today in Scotland. A Celtic stone, the Eagle Stone, stands in Strathpeffer, Ross-shire. The Brahan Seer said that if the stone fell down three times, then Loch Ussie would flood the valley below so that ships could sail to Strathpeffer. The stone has fallen down twice, and is now set in concrete!

I hope you enjoyed hearing about Scotland's own Nostradamus! 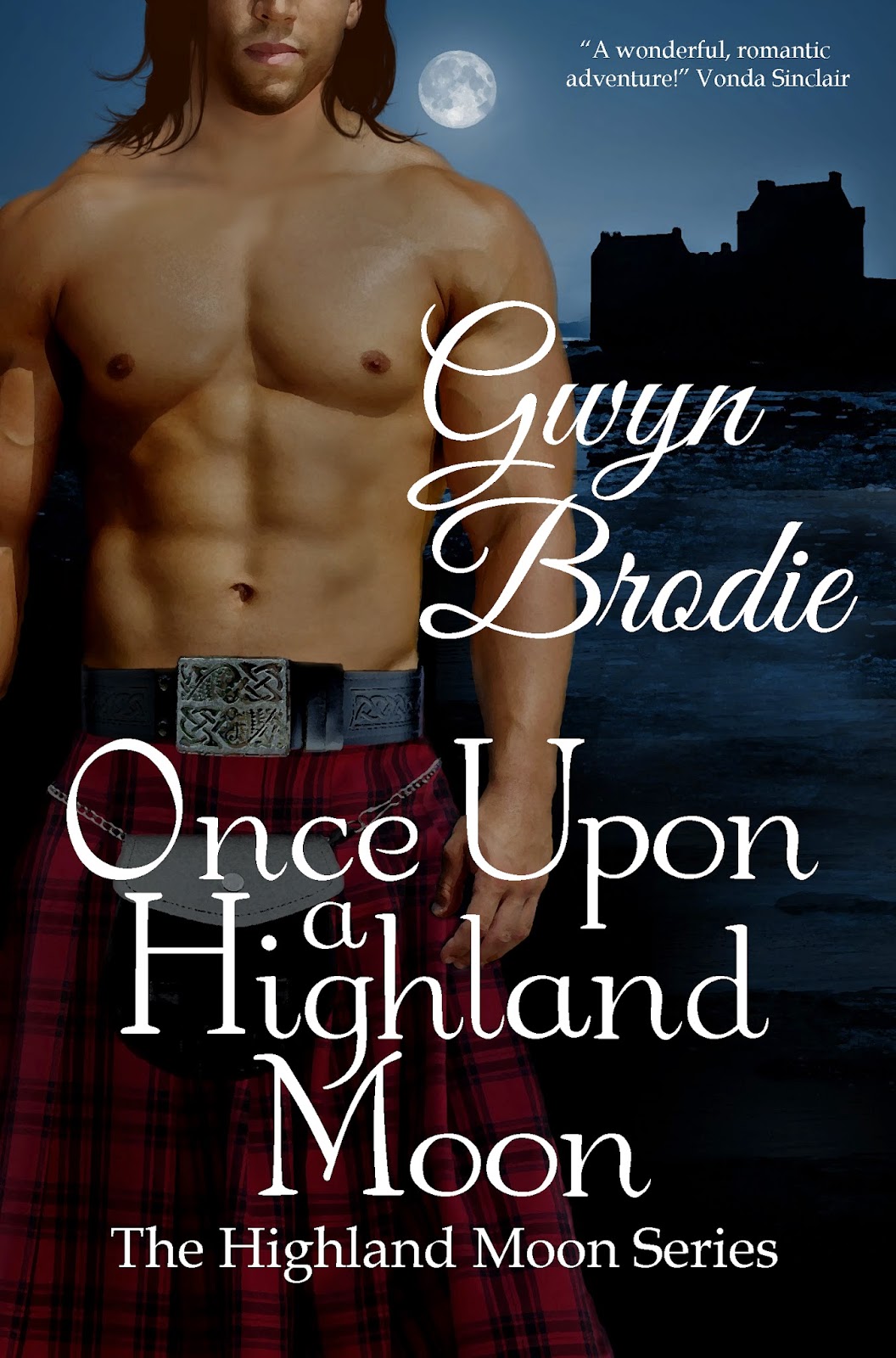 Galen took the first room at the top of the stairs, opened the door and stepped aside to allow her entry.
"If you so much as touch me, I swear, I'll scream," Sorcha said, as she walked past him. Even in the dim light of the tavern, he could see her eyes shooting arrows at him.
Galen grinned, then bolted the door and turned around.
Sorcha stood in the middle of the room, arms folded across her chest. The servants had lit a candle and placed it on a small table near the bed. Soft light danced across her face, and her eyes widened when she glanced at the small bed positioned along the wall.
The room was a bit stuffy, and Galen opened the window. "Get some sleep, lass," he said, shedding his doublet and boots before taking one of the blankets from the bed and spreading it onto the floor. He lay down, and to give her a bit of privacy, turned onto his side and faced the wall.
"I-I-I'll sleep in my clothes," she stammered.
"Suit yourself. But if you decide to remove them, I'll not touch you—unless you ask me to."
"Ha! You need not worry yourself about that, MacKinnon, for I'll not be asking."
He chuckled. A few minutes later, he heard a thud, then a rustling as she removed her shoes and some part of her clothing. The bed creaked and groaned as she lay down. Then all hell broke loose.

By Gwyn Brodie at May 16, 2014
Email ThisBlogThis!Share to TwitterShare to FacebookShare to Pinterest

Wonderful post, Gwyn! I never tire of hearing the story of the Brahan Seer. And as I am very superstitious, I'm glad to hear they cemeted the stone. Look forward to reading Highland Moon, too.

Thanks so much, Mary! I'm glad you enjoyed it!

Wow, such a fascinating post, Gwyn! Everyone has heard of Nostradamus, but I'd never heard of the Scottish seer. Thanks for the history lesson.