Balnakeil Bay in Durness, Scotland isn't too far from SangoBay, which I did a post about last week. The first time I visited Balnakeil Bay was two years ago. We'd just driven all day from Loch Ness north to Durness (stopping to visit one castle along the way). 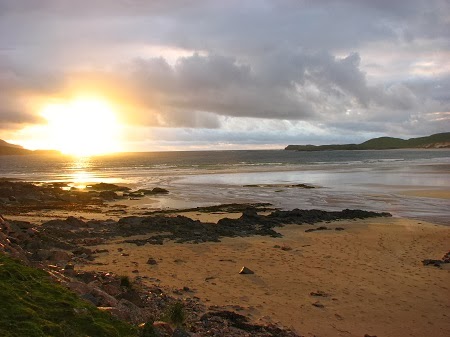 After checking into the B&B we drove over to Balnakeil Bay at sunset. It was a cold, windy day in May, but the sunset was so beautiful. You will see it here on my cover, too, in the background. 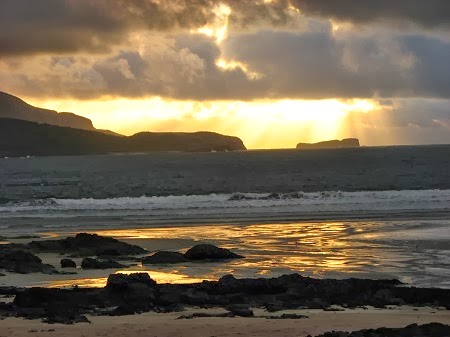 I love the reflections in the wet sand and the tempestuous sky.

A day or two later we visited again. Still cold, cloudy and windy. It felt like January in the States. LOL We bundled up and walked on the beach, and had it mostly to ourselves. While we were out there, a bride, groom and photographer showed up. They took photos at Balnakeil Church and on the beach. We could easily tell they were Scots, because they seemed perfectly fine and warm, him in a kilt and her in a sleeveless wedding gown. I would have been an icicle if I'd dressed like that. 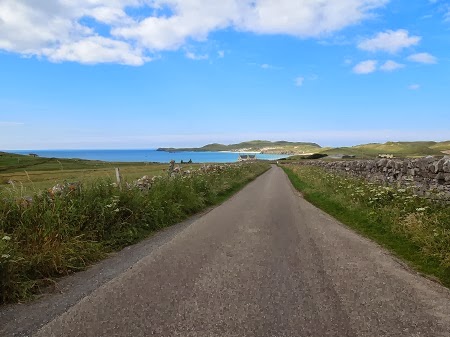 To get to Balnakeil Bay, take the single track road from the town of Durness. It's a little over a mile.

Our next visit to Balnakeil Bay was this past July. It was a very different day. So sunny and warm. We loved walking on the beach. No bundling up required. A couple of people were swimming. The above photo shows the freshwater stream that runs across the beach into the sea. The most distant cliff is Faraid Head. 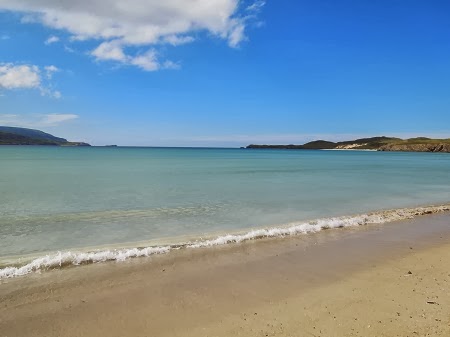 One of the reasons I wanted to check out Balnakeil Bay was that I have several scenes set here in my latest book, My Notorious Highlander. Most of My Brave Highlander is set here also, but in winter.

It's an interesting place. The sand blows up from the beach and creates huge sand dunes behind it, most of them covered with marram grass. These dunes lead out toward Faraid Head, a headland or small peninsula with high sea cliffs. I have an important scene set out there, too. 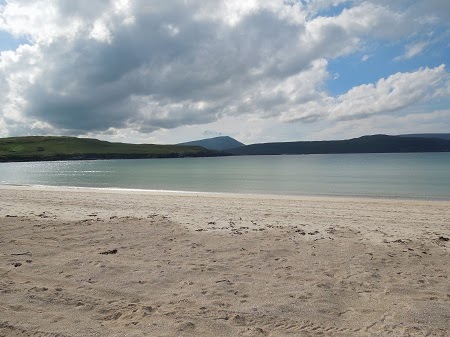 Balnakeil Bay features prominently in my last three books because I've situated the MacKay clan's castle there, where Balnakeil House sits now. Centuries ago, the palace of the Bishop of Caithness stood on the site and the MacKays used it during the 1600s. (I named mine Castle Dunnakeil.) Lady Barbara MacKay lived here in the mid-1600s. Later the bishop's palace was torn down and on its foundation they built Balnakeil House between 1720 and 1744. This house has a very gothic look, siting forlornly above the windswept beach with the nearby cliffs and the ruin of Balnakeil Church nearby. I'll do a future post about Balnakeil Church. 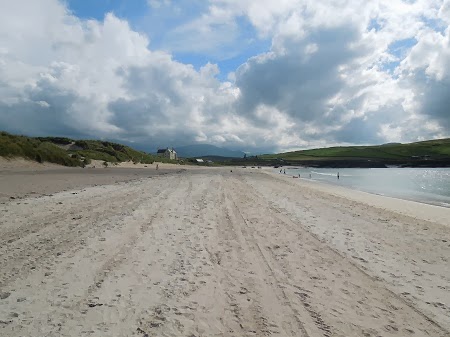 The beach is wide and a white to sandy blond color.

It is a haunting and beautiful place that stays with me. Maybe because I have been there so many times in my mind with my characters, especially with Torrin and Jessie in My Notorious Highlander. 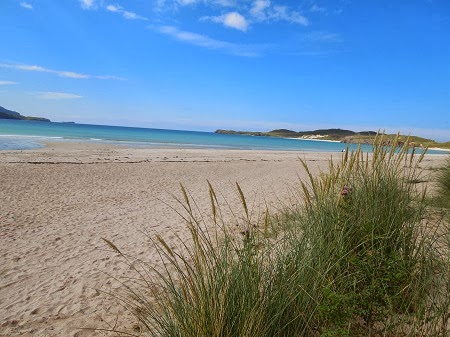 Thank you for visiting Balnakeil Bay with me!

I received a fantastic review from My Book Addiction Reviews!
"If you enjoy fast paced, action packed Highland adventure than “My Notorious Highlander” is definitely the read for you. The characters are engaging, charismatic, and fierce. The storyline is intriguing, dangerous and will have you turning pages faster than you can say Highlander.... A deliciously sexy story of love,family, revenge, and forgiveness. For action, thrills, and passion pick up “My Notorious Highlander”.  I loved it! Well done, indeed!" AprilR RATING: 4.5  HEAT RATING: HOT 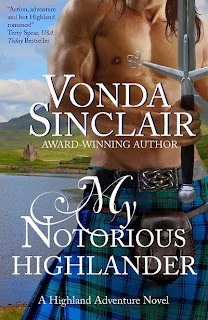 Excerpt: Here is a scene between Torrin and Jessie which takes place on Balnakeil Beach

What a beautiful place! Great pics. Thanks for sharing

Yes, it is quite beautiful. The sand dunes reminded me of a beach on Kauai. Lovely, lovely pics!

These photos are breathtaking. I love walking on sandy beaches. Guess this gorgeous place will be on the list of places to visit in the motherland. Thanks again for sharing, my friend.

Thanks so much, Carol! The sand dunes are huge.

Paisley, thank you! It's definitely worth a visit. I love it there.

Love the pics, Vonda! My favourite is the wedding couple. Glad I stopped by and read the excerpt. Jessie and Torrin...I think she really has the best of him! Love it:)

Thanks tons, Jennifer!! Glad you liked the excerpt. I had a lot of fun writing it. :)

Thanks so much, dstoutholcomb! So glad you liked it!