Cheers! As Jenna Ives mentioned in her blog post two weeks ago, she and I just returned from a wonderful ten day vacation in England, fulfilling both ends of the spectrum of our favorite things. I agreed to go to a Rolling Stones concert in Hyde Park in London with her (65,000 people dancing in the park, amazing energy) and she let me drag her to some fabulous old castles and ruins in the countryside. Since I write historical romance, my part of the trip was for research purposes. Yes, research. (Okay, and to have a little fun, too…)


Next month I’ll give you a tour of the most fascinating places we visited, but today I really want to share Stapleford Park with you, the magical place Jenna and I used as a home base for our forays into the countryside. Stapleford Park was like stepping back in time, literally. 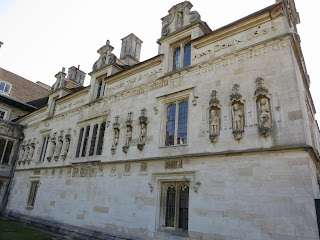 The Old Wing of the house was restored in 1633 and if you look at the right-hand corner of the picture above, you can see the inscription ‘Anno Domini 1633.’  There are still bedrooms in use in this part of the house!


The manor was renovated again (in the Edwardian style) in 1894 by John Gretton (I stayed in Lady Gretton’s bedroom, below). The house was eventually bought by an American in 1982 and opened as a country house hotel in 1988. It still has a private owner. 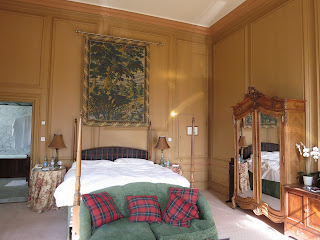 Two of my best memories of this amazing place are the archery lesson I got from Brian of the Kirby Muxloe Archery Club  near Nottingham (Robin Hood, anyone?)  I did eventually hit a bull's eye (after many, many attempts, as you can see…) 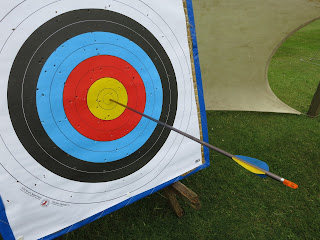 Then there was my memorable falconry demonstration… (That's a Harris hawk named Roland sitting on my hand...) 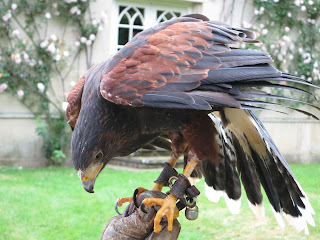 My brain is already buzzing with stories that could be set in this magical place! For more information on the manor, visit: http://www.staplefordpark.com/


How about you? Was there one vacation in particular that gave you memories that will last a lifetime? Please share! 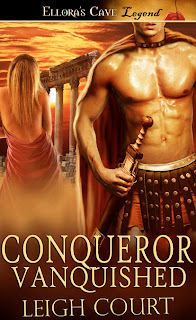 Yay, you - hitting that bulls eye!!
Looks like you had a great time.

What a terrific house! And the falcon looks suitably fierce. I'm sure the whole experience will have been inspirational as well as fun!

I'm so envious. Nothing quite like walking the terrain of a new story. Love your post, and so glad Jenna enjoyed her vacation. One of the most memorable trips I've taken was to the highlands of Scotland. Now I want to go again. : )

Oh, wow, loved this, Jenna/Leigh! (that's kind of a cute name)
Looking forward to your future blogs about your trip, too.

I've been fortunate to take a few special trips in my lifetime, with many, many fond memories, but your trips sounds incredible!

I'm looking forward to a trip to the grand eastern capitals of Canada in October. That should be a kick!