Rain, Rain, Go Away, Can You Come Again, Like Next Week? 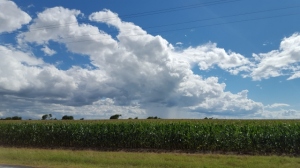 Rain shower in the distance
After all the flooding.

Storms returned and it poured right after I went inside
Building up quickly again and we had another torrential downpour.

Rainbow I took with my phone
Caught a rainbow. 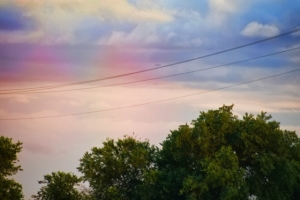 Rainbow taken with camera but by that time it was fading. Used color enhancement and it appears there were two rainbows.
Love the rainbows.

Sunset turned the clouds a pretty pink.
The lower layer of clouds had all turned pink, but as you can see, we still have a lot of massive storm clouds in the area.

Massive cloud system still in the area when the sun began to set and turned them pink.

I know that it will eventually stop raining and we’ll be wishing we had some again!

Have a super great day!!!