My trip to Nevis, West Indies

Anyone who reads this blog knows that I travel a lot. London last year, Paris in February, Stockholm in June, and last week, a relaxing vacation on the island of Nevis in the Caribbean (right next door to St. Kitts). 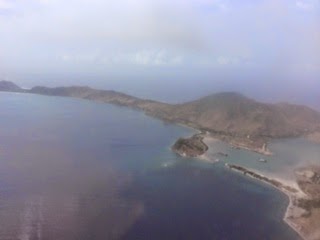 Hubby and I celebrated a significant anniversary on July 31 by laying on the beach, drinking Pina Coladas, and eating our way through conch chowder, spiny lobster tails and desserts like rum-soaked bananas with coconut ice cream. 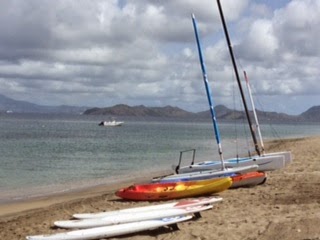 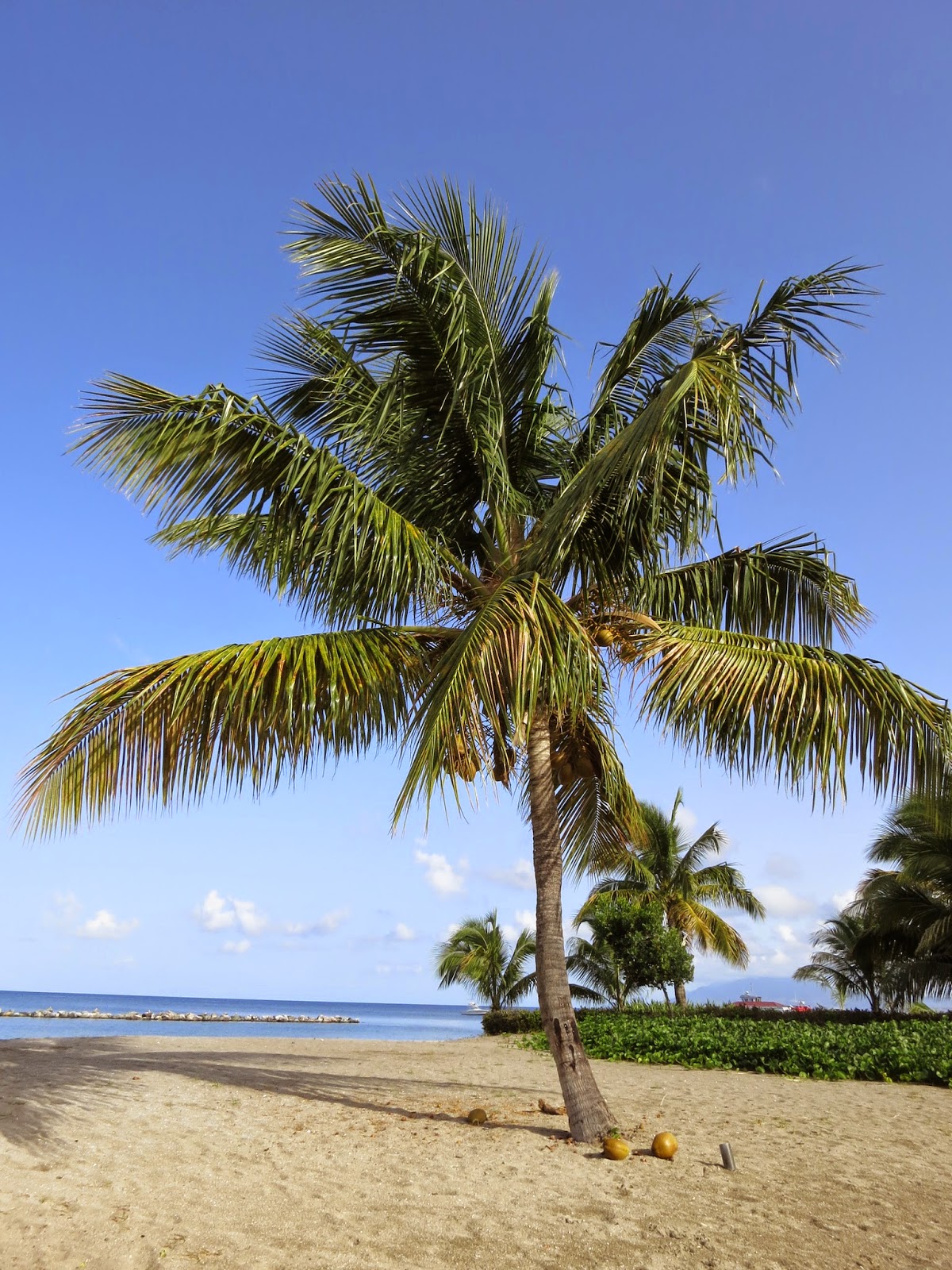 The sun… the sand… the food… It was heaven. Even the hotel helped make it memorable (yes, the macaroons were melting in the island heat). 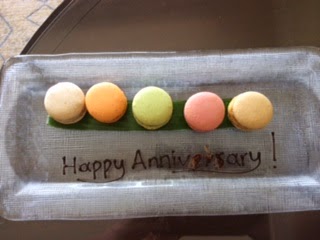 Nevis only has about 10,000 people on the whole island, but the human population is vastly outnumbered by the Green monkeys. The monkeys came over from West Africa in the 1600’s on trading ships, and liked the island so much they stayed.  Every dawn and dusk, they come down from the trees in search of food (mangoes are their favorite). They move REALLY FAST from branch to branch, but Hubby tempted one with a nice, ripe mango and it paused long enough for me to get this adorable shot… 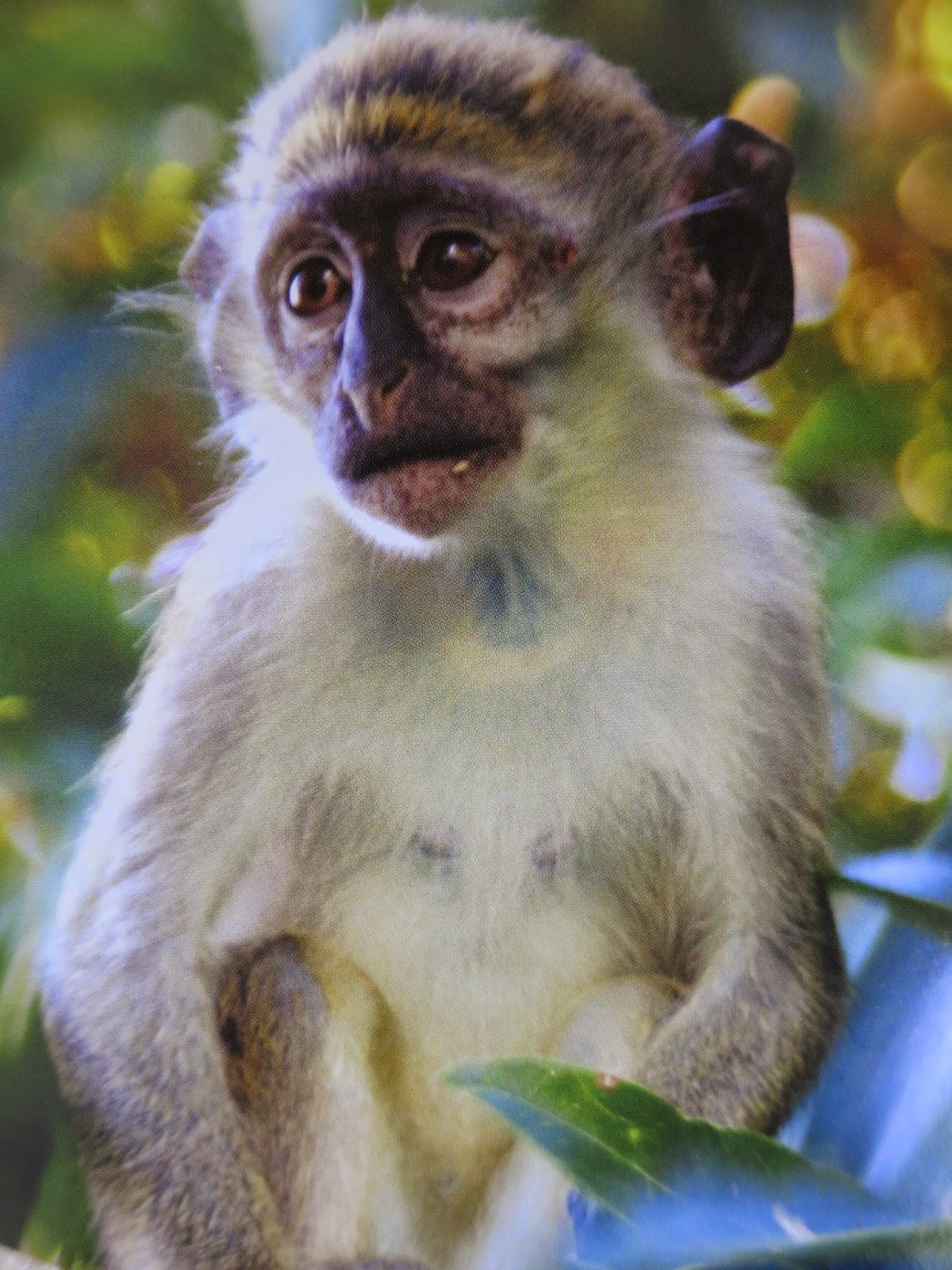 But our perfect vacation was nearly ruined on the flight home last Saturday. Our plane was delayed 9 hours (!) by Tropical Storm Bertha, and when we did take off, it was a white-knuckle ride all the way. I may never ride in one of those small ‘island hopper’ planes again!

I’m off to Adelaide, Australia, in October, but this time, I’m making sure it’s on board a 767!

How about you? Any favorite vacations? Any travel nightmare stories? I’d love to hear it!

Once we had to land in Denver in a blizzard. That was scary. We hit the runway, the fully loaded plane skidded and went sideways down the runway. Then the pilot said, "Well, after that landing, this airport is now closed. If this wasn't your final destination, it is now."
I wonder how hot it is in Nevis in the summertime? Is the temp. the same year round?

Carly -
Oh, dear. That experience would be the end of flying for me...forever!

It DOES tend to mess with a girls' hairdo, though, LOL!

Nevis looks beautiful, but that flight sounds harrowing! I freak out landing at Burbank on a windy day. I would have been doing laps on my rosary flying in a tropical storm, (and I'm not even Catholic). :}

OMG Jenna. That must have been hair-raising. I did like your post though, the photos are great and those Green monkeys are adorable.

Yes, Samanthe & Robena, I have to admit I was saying my prayers :)

What a cute monkey! I have to confess, I might have been as afraid of that as of the plane ride, though. I've learned from TV naturalist Jeff Corwin that monkeys can be nasty.