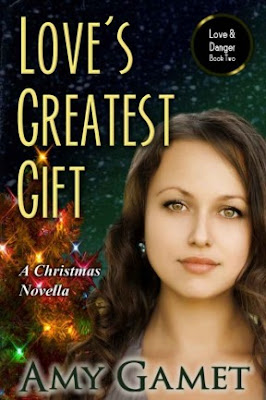 We're pleased that our special guest today is Amy Gamet and she's giving away both of her books. Welcome, Amy! Please tell us about yourself.
I am a stay-at-home mom to three young kids, with an awesome husband who gives me time to write whenever he can.  I used to teach middle school math, and though I loved the kids, I enjoy writing much more than I ever loved the Pythagorean Theorem.
Q: Why do you choose to write romance?
A: My first attempt at writing professionally was for magazines.  I got three assignments on my first three query letters, which was wonderful. The articles were short, but it was a high to see my name in print. Then our family moved to a new home—a real fixer-upper—and I was sidelined by home improvement projects for over a year.
When I tried to go back to writing articles I found I had little interest.  It took me a while to realize a simple truth—I don’t even like to read magazines, so why one earth did I think I would like to write for them?  Around that time, a friend started a book club and invited me to join.  We read mostly women’s fiction with a little chick-lit, and the point was hammered home even harder.  I like to read romances, almost exclusively.  I dropped the book club and tentatively started several rough drafts in quick succession, soon realizing it would take some time to learn the craft of writing fiction.  Everything I had written up until that point had been non-fiction.
Q: I'm glad you found romance. How do you choose names for your characters? 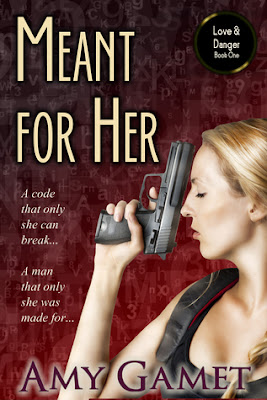 A: Funny story.  When I was writing my first novel, Meant for Her, I was having trouble coming up with a name I liked for the heroine.  The parent of one of my son’s classmates called to RSVP for a birthday party. Her name was Julie Trueblood, and I liked it, so I threw it into my story as a placeholder until I could think of something else that resonated with me.  I got used to seeing it there, and it stuck!  I recently emailed the mom to share the story with her, and she wrote back, “Read some of the book already and she sounds exactly like me, except for the double math major. I always hoped I would be famous! Can't wait to read more. -- The Real Julie Trueblood.”

Q: How neat! I love that name. Which element of story creation is your favorite?
A: The characters come easily to me.  Once I know who they are, their word choices and language just flow into the dialogue.  I enjoy how different they are from each other, and how they choose to express themselves.  I really love characters with strong personalities, whether they be opinionated or kind and loving.
Q: I agree with you about that. Which element of this story was the hardest for you?
A: The suspense plot doesn’t come naturally to me.  I have to work at it.  I’m not a conspiracy theorist, I almost never think people have ulterior motives, and I believe people are genuinely good at their core.  Not exactly suspense material, eh?  I try to make this work in my favor, by making my villains human and relatable, just like my heroes.  The elusive plot details have to be hashed out on giant sheets of paper in a rainbow of scented markers before I even know where to begin.  (Okay, maybe the scented markers aren’t a necessity, but that’s what I use—and I refuse to share them with my marker-destroying progeny. Mommy has to have some things of her own.)
Q: LOL What inspires you? What motivates you?
A: I can’t believe I get paid for this!  I love to write, like some people love to take naps or go skiing.  After years spent working jobs that were an imperfect fit for me, I’m motivated by the writing itself, and the just rewards of that writing.  When I read a good review or hear that someone got lost in one of my stories, that’s amazing to me.  I love the idea of a person I don’t even know picking up my words and experiencing what I’ve written.  It’s just incredible.
Q: Please tell us about your other books.
A: My first book, Meant for Her, is about a woman whose father dies and leaves behind a coded message for her to decipher.  Her father was a notorious traitor who went into hiding ten years earlier to avoid prosecution, leaving Julie to fend for herself as a teenager.  Hank Jared is the Navy investigator on her father’s homicide case.  He’s falling for Julie despite his position and reservations about her possible involvement in his espionage.
In Meant for Her, we meet Julie’s best friend Becky O’Connor, who’s nursing her own wounds over her sister Meghan’s abandonment.  Meghan ran away years before with Liam Wheaton.  Meghan and Liam’s story is my current book, Love’s Greatest Gift: A Christmas Novella.
We also get to know Julie’s aunt Gwen, who is the clear fan favorite, with many reviewers asking to hear her story.  She took Julie in to live with her after Julie’s father’s abandoned her.  Gwen’s husband was killed in a tragic accident just a year before, but she would never turn away an injured soul.  Gwen knows what it means to find true love, she just isn’t convinced she’ll ever experience it again.  I’m going to prove her wrong this winter, when Colin Mitchell, a man from her past, comes back again in Book Three of the Love & Danger series.
Q: Please describe your journey to publication.
A: I thought I would submit my first book to Harlequin, but as I was writing it I also joined an email loop for self-published romance authors.  It sounded wonderful—total control over your books, your covers, your marketing.  According to the authors on the loop, if I could write a good book, it would eventually find its audience.  I never did submit anything to Harlequin, and I suspect I never will.  I am loving being in charge of my own destiny.
Q: Way to go on striking out on your own! I agree it's a wonderful way to go. Would you like to ask readers a question?
A: When my mom told her friend Joy I had written a book, Joy said, “Everyone should write a book in their lives. It’s wonderful that Amy’s already done that.”  What about you? Have you ever considered writing your own book?  What would it be about?
I would like to give away a copy of both ebooks in the Love & Danger series, Meant for Her and Love’s Greatest Gift.
Thanks so much for your generous giveaway, Amy! Everyone, to enter this contest, please leave your email address along with your comment so we can contact you if you win.
Love's Greatest Gift EXCERPT:
~~~
1997

Buy Love's Greatest Gift at: http://amzn.com/B009QFC756
Please visit Amy online at: www.amygamet.com
Thanks so much for being our guest today, Amy!

Great interview. This sounds like a great book! Oh man, is he going to be surprised at the old mill...

Loved the tidbit about Julie Trueblod! What a catchy name.

To answer your question {sigh} yes, I've thought about writing a book and HAVE written a few...but I lost the motivation after some life altering events a few years ago. I've always admired stay-at-home moms who can sandwich writing into the mix of kids and hhusband. Aside from the transition from nonfiction to romance, have you ever encountered a writing block? If so, what did you do to get around it? Nice interview, btw. :)

Julie Trueblood is a much better name than say, Bertha LeMunyan? Congrats to you! If you could email me the link you visited vs Harlequin, suem1223@aol.com, that would be appreciated! Who does your jacket illustrations?

Thanks so much for being our guest today, Amy! This story sounds great!

My answer: Yes. Actually, I've written several. Some of them were with Harlequin in mind, but I believe they'll be self/Indie published as well. Currently, I have a short story, novella and novel out under the pen name Annie Rayburn quite different from the Hqn slanted stories.

Love the excerpt! Always so fun to hear another writer's journey! Definitely adding this to my TBR list!

Couldn't comment yesterday because the power was out! Actually it still is, but I found a computer to use. Thanks for the nice comments. My only answer for writer's block is to make yourself write, even if you don't want to. Sometimes I get stuck, and that's what I do, though honestly what comes out isn't always good, LOL. I make my own covers. I figured it made sense to invest the time to learn Gimp (a free program like Photoshop). I plan on making a lot more covers!

Amy, so interesting to read the genesis of Julie Trueblood's name. I enjoyed reading Meant For Her. Good suspense and I liked Hank's conflict about falling for a suspect. Nice job. (Yes, I've not only thought about writing a novel, I've written several--2 pubbed.)

It's always very interesting to read about the road to writing. I loved the excerpt thank you.