J.K. Coi is a multi-published, award winning author of contemporary and paranormal romance and urban fantasy. She makes her home in Ontario, Canada, with her husband and son and a feisty black cat who is the uncontested head of the household. While she spends her days immersed in the litigious world of insurance law, she is very happy to spend her nights writing dark and sexy characters who leap off the page and into readers’ hearts. 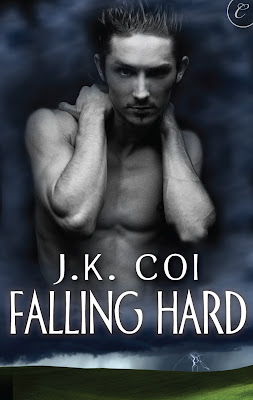 I did however enjoy the last Harry Potter movie even with the changes, but the one movie that I loved that stayed completely true to the books was The Green Mile. The books were fantastic, and the movie was the same.

I downloaded Falling Hard a few days onto my Kindle. I can't wait to read it, just trying to find the time!

Oh, the Green Mile was fantastic, I agree! Still not as good as the book (or books, if you read them when they came out as a serial) but I guess a movie can never be completely as good as the book because it can’t possibly capture all the nuances that a book can. I really hope you enjoy Falling Hard!

My favorite is Phantom of the Opera. I loved hearing Andrew Lloyd Weber talk about finding the story and realizing it had a lot of potential if it was revised. Look at what he did with it... A dark angel of sorts.

I've never seen the Phantom movie, I think I should try it out! Thanks for dropping by Paisley

Thanks again for having me as your guest! It was a blast!

Thanks so much for being our guest, J.K.!! I loved your post!!

i will have to agree with Esmerelda about movies changing too many of the scenes i like. I can say the one book to movie translation was the worst to me. Queen of the Damned. While i liked the movie, it was so far from the book it was pathetic. but i did enjoy stuart townsend! i can't wait to read about your angels!