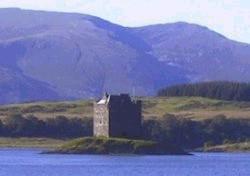 Today I want to share an article I wrote a few months ago. It first appeared in the Celtic Hearts newsletter, Call of the Clans.

One way to add authentic flavor to your historical romance novel and make the reader feel she has traveled through time is to include traditional holiday feasts and festivals as they would’ve been celebrated at the time of your story. I recently had an opportunity to do this in my Scottish historical. One thing to keep in mind is that people during renaissance times would’ve probably celebrated a bit differently, perhaps in a slightly more modern way, than they would’ve during medieval times.

The holiday in question is Midsummer’s Eve, celebrated around the 21st to the 24th of June at Summer Solstice, the longest day of the year. Midsummer’s Eve is also known as St. John’s Eve (Christians), Litha (Celts), Gathering-Day (Welsh), Feill Sheathain (Scottish) and Swithin’s Eve. This was a pagan holiday that was celebrated over much of Europe in the past under many different names. Even ancient Romans celebrated it as Vestalia.. In Great Britain the holiday was celebrated for thousands of years. In pre-Christian times, the people used the holiday to honor the gods and goddesses and to show thankfulness for the plentiful crops that were growing.

The most important symbol of this day is fire, which corresponds with the sun being at its hottest and most powerful at midsummer. Balefires were lit at sunset on Midsummer’s Eve and allowed to burn until sunset the next day. Biiken is the old Norse word for balefire. The Norse custom was to gather their family and animals and parade them in a procession to the sacred site. Sometimes a large circle of torches were used instead of a balefire.

Highland women generally jumped over the huge bonfires with their skirts held high so the smoke and flame reached their bare skin for increased fertility. In addition, the higher a person jumped indicated the height and success of the coming harvest. Leaping the fires also symbolized purification.

Ashes from the balefire were smeared on the foreheads of the children to bless them. After the celebration, the ashes were scattered over the fields to ensure a good harvest. In truth, the ash acted as a fertilizer to the crops, providing strong root growth. Mothers would sometimes hold their babies near the balefire so the smoke would billow over them, again for blessing, protection and health. According to legend, Midsummer was a night when the veil between worlds was thin and strange paranormal occurrences were expected, especially visits from mischievous fairies.

Another prominent custom on this night included the men of the village creating a giant wheel of straw and covering it in pitch. They would set the wheel on fire and roll it down a hill. If the fiery wheel went out before it reached the bottom, this foretold a poor harvest. In addition, this symbolized the sun waning after it had peaked on Midsummer’s Day.

Certain herbs were gathered, especially St. John’s wort. The yellow flowers were believed to hold the power of the sun. Medicinal herbs were harvested at this time because they were at their peak, then dried and stored for winter. Other herbs used specifically for this holiday were vervain, trefoil, rue, lavender, roses and others. Lavender in particular was prized as an aphrodisiac which drew lovers together. Plants, flowers and feathers were fashioned into garlands or arrangements and placed over doorways, in windows, and over hearths for protection and blessing. Specific herbs were placed under a person’s bed pillow so they might dream of a future lover. This night is a significant one for romance and is tied into fertility rites. For this reason, June is the traditional month for weddings or handfastings.

Druids usually gathered mistletoe on this day and were especially happy when it was found in the sacred oak tree. As well, the ancient Romans gathered mistletoe at this time and used it in their hearth fires when they rekindled them for the coming winter.

Life was fragile and insecure for ancient peoples. A poor crop or problems with their livestock could spell starvation and death. Therefore they used the rituals of Midsummer to bless and nurture the new life forming all around them--the crops growing in the fields, the baby animals which had been born in the spring, as well as the pregnant women still waiting to give birth.

Villages, clans and families feasted, danced and sang on this night. The foods included fresh summer fruits and vegetables, pumpernickel bread, honey, lemons, oranges, mead, and ale. They usually acted out plays, one of which featured the Ivy (or Holly) King battling and defeating the Oak King, symbolic of the coming harvest and winter, over which the former ruled. Many myths are born of these traditions.

To include an ancient celebration such as this in one of your stories, first research it thoroughly in books and online until you feel steeped in the traditions. Adjust for the time period of your story then put your characters through the paces of participating in the customs. The heroine might gather herbs with the women of her clan. The hero could participate in rolling the giant burning wheel down the hill. Sometimes a person’s marital status determined whether they participated in a certain custom or not. Your characters might dance all night around the balefire or even jump over it. Each element of the celebration was symbolic and adhered to in a certain way. Be specific. Detail is important because it truly brings the holiday and your story to life.
By Vonda Sinclair at September 17, 2005
Email ThisBlogThis!Share to TwitterShare to FacebookShare to Pinterest
Vonda Sinclair
Vonda Sinclair writes Scottish historical, paranormal and contemporary romance.

Terrrific article, Vonda. It's too bad so many old celebrations have been lost, though I have to say I'm glad I'm not expected to jump over fire. :-)

LOL!! Vanessa, I wouldn't either. That would be scary.