Rats in the Attic! And the Muse and Me are in Time Conflict!

Okay, so the termite inspector came out to do his annual check and yes! No termites! Also, and this was so great, so exciting, the puppies didn’t even bark at him! They greeted him and were still shy, but they didn’t bark and misbehave! They even held it so that I could take them out to potty when he left. That’s a BIG deal.

Tanner tuckered out.
The bad news is–hey, without bad news, all the good news is just boring, right? Who wants to hear about all the great news? That everything is going along fine? We want conflict, right? We want to see that someone else has problems so we feel better about our problems, right? Of course. :) That’s what makes life interesting. The conflict. The drama.

Okay, so I’ve got rats in the attic. So says the pest control guy. I KNOW I get mud daubers in the house constantly in the spring through the fall. I know I have a lot of places that things can get in. Never seen a mouse or evidence of mice in the house, though when my parents lived here, the first few years, they had a terrible problem with them. I have snakes in the house. So maybe that’s why?

Anyway, he said that on a little bit of decking in the attic, he could see rat prints in dust, and their droppings. And that there’s a little bit of chewing. So I’ll have to check this stuff myself, document it, and share it. With you. Isn’t that what friends are for???

I’m finishing a book first. I’ve GOT to finish this. Eleven days and it has to be turned in. I have a ton of stuff stacking up in the meantime. Call of the Cougar–need to proof the audiobook for one.
So what’s happening now is my Muse and Me are in time conflict. What this means is that it wakes up at times that I want to sleep. Sure, I hear the puppies stirring a bit, and that’s probably what really wakes me, but then my Muse decides to go through scenarios in my book. Not only that, but it tells me all the things I should have done during the day or when I get up. Like, Hey, did you put the clothes in the dryer last night?

Shoot! Nope. But if I get up to do it right then and there, which I would if I didn’t have puppies, I would wake them, and they’d want to go out.

Now, the problem with that is for the last two nights, I’ve actually put them to bed at 7 pm, then I continue to edit, or write, and they wake up the next morning at 5 am. It’s great! But it means I can’t turn on the light or get up without “telling” them that it’s time to get up. And I want them to learn that 7 pm to 5 am (or later) is their bedtime.

Oh, and you know I do lots of research for my books, so I’ve talked a lot about the phases of the moon in this one, and so I was looking at the phases, making sure I got it right, and wow, guess what I found???? The werewolf diet. Hey, sometimes I can’t even make up stuff that great!

Anyway, so I’ve got to figure out a way to talk about it in the book, that makes it seem seamless. It’s not just an urban legend. Some actors supposedly followed it–Madonna, Demi Moore, according to Grazia. It’s also known as the lunar diet or moon diet. It has to do with fasting during the new moon and full moon. But what’s interesting is that when I was at The International Wolf Center, they fed the wolves only once a week. That’s normally how they eat in the wild. They’ll have a dead deer, for instance, (often road kill and someone will drop it off at the center), and once it’s gone, they don’t get fed until the next week. So it’s really appropriate to call the moon diet a werewolf diet, even though it’s not based on the phases of the moon. Anyway, food for thought.

I now officially have wordcount on A SEAL Wolf Diving for Trouble, and then had to turn in the cover sheet specs including the blurb. Now I’m still writing the book, but it’s getting closer to being done. I printed out the first 100 pages, again, and am making more corrections. But I still have to finish writing the book. 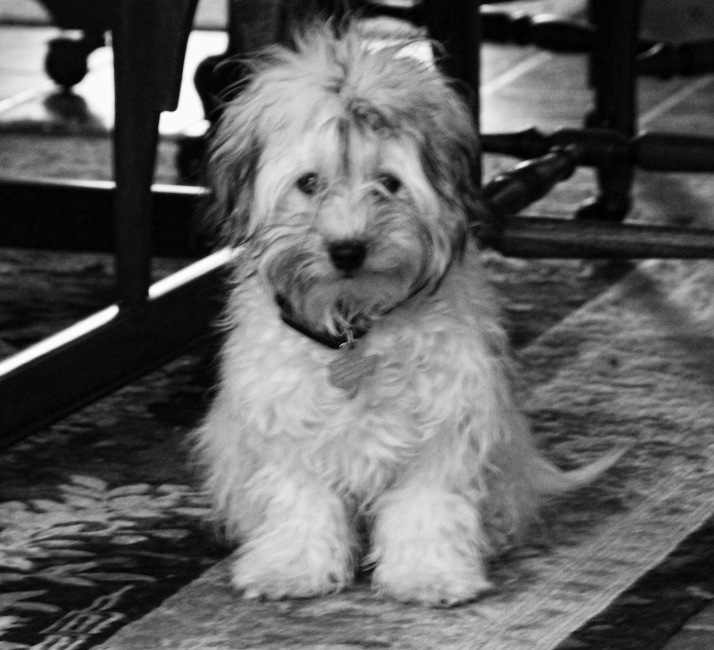 I love all his black and silvery tips and hope he gets to keep them as his hair grows out. I was able to pull more of his hair back, but this morning I found Tanner chewing on something, and yep, Max’s rubber band.

When I was coming in from one of my trips outside with the puppies, I saw that the daffodils had bloomed! The day before, I noticed they were getting ready to. It’s amazing how fast they open up when I’m not paying attention. Also, freesia has bloomed! 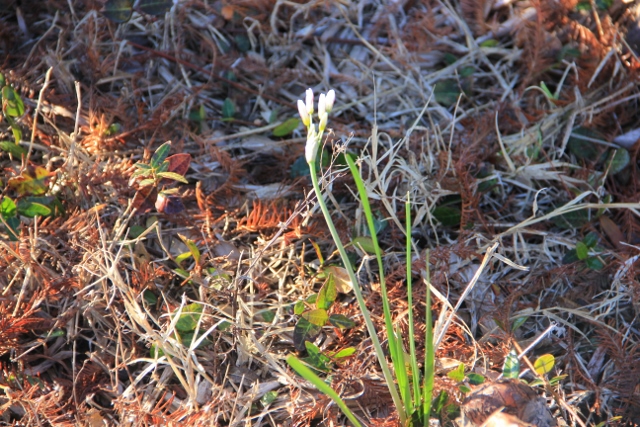 And all kinds of weed flowers are popping up! And my rosebushes are leafing out.
And white stuff on the roof. 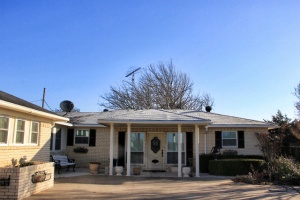 Okay, back to the book.  Nose to the grindstone and all that sort of thing.
It’s getting closer to being finished! And that’s the main thing!

Tanner stealing away from Place 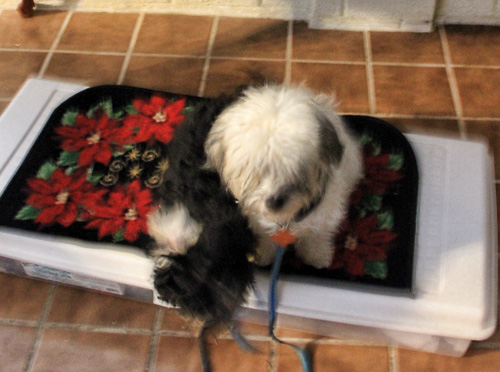 Tanner stealing away from Place 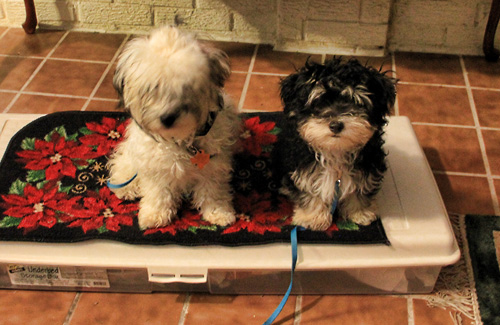 Have a great Saturday!

Oooh! The book sounds so good! I can't wait to read it!
LOL! The good thing about eating a small rubber band is that it'll all come out... no worries... Many, Many years ago, I'm ashamed to admit that I ran to the vet with some poop that I thought had worms in it... only to find out they were rubber bands. You know, they keep their elasticity and will still "move"... I was frantic as I couldn't find pics of these worms in any book. My vet has never forgotten...
Good luck with the rats! Looking forward to pics. I've not had them in my attic but I've had them everywhere else when the house next door was empty for 4 years and their grass grew higher than my 6 ft fence. They can be very destructive. They ate thru my generator's metal housing... and ate thru an exterior door twice... My dogs are great ratters. They were catching 3-4 a night. It was probably the best time of their lives. They were in their element.
Love your daffodils.
Hope you get your word count in and make your deadline!!!!! I can't wait!

LOL, you are so funny. I have to say that I thought there were all kinds of worms on a plant once, but they're these strange clusters of seeds on a hollyhock. :)

LOL, on your vet!

Oh, that's horrible on the rats!!! Good on your dogs. wow.