Quick Trip to the Keys

An overnight stay is nowhere near long enough to spend in the Florida Keys. We knew that. But we got a taste of the area and decided we definitely want to go back and spend some time there. Hubby called it a fact finding mission. We got a taste for Key West, had an amazing dinner, and did a little shopping. I even got a little walk on the beach - my favorite activity anywhere near the water.

We decided next time we would definitely stay in the middle of the action. Park our car and forget it. I'm a fan of walking everywhere if possible. There was a touristy atmosphere, but also a tropical vibe which I loved. We know where - and where not - to buy Key Lime Pie now. And next time I want to hit Hemingway's house (hey, I'm a writer) I'd love to just walk the streets, try more restaurants. Explore some of the other Keys: Key Largo, Marathon, Islamorada. And I would spend a lot more time on the beach.

When I got back home I realize how few pictures I'd taken. But I'm happy to share some of the ones I have. 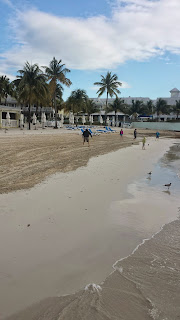 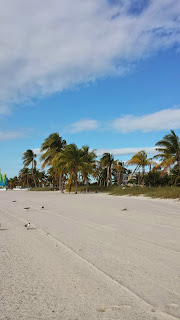 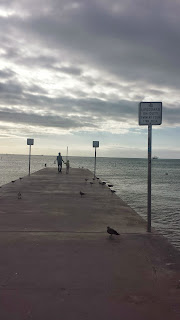 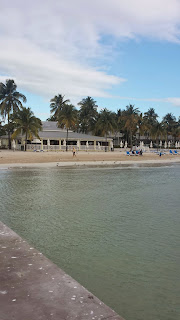 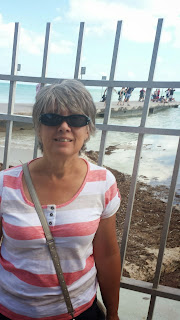 I can now say I've been at the southernmost spot in the US. (And no, I don't plan to ever hit the northermost!)

And here's a little beach excerpt from The Cottage Next Door:

A few years back, I splurged and rented a house in Tavernier (right below Key Largo) for 9 days. The husband and I traveled all down The Keys and spent an entire day just walking around Key West. My lifelong dream was to visit Hemingway's home and pet his six-toed cats and that's exactly what I did. You must go back and stay a while. I loved the little town where we stayed because it wasn't too busy with tourists but had much to see and plenty of local restaurants.