One of the places that inspired several scenes in my new release, My Brave Highlander, was the Assynt area of northern Scotland in what is now Sutherland. Ardvreck Castle inspired my Munrick Castle which I placed on Loch Assynt. I did an earlier post about Ardvreck Castle where you can see a few more pics. 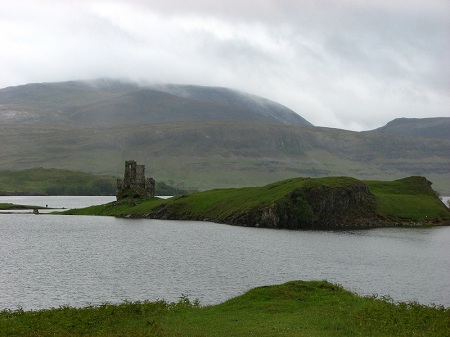 The area is hauntingly beautiful and incredibly scenic. Ardvreck Castle sits on a promontory which is almost like a small island. Water from the loch seems to keep encroaching on the narrow walkway leading to the castle. 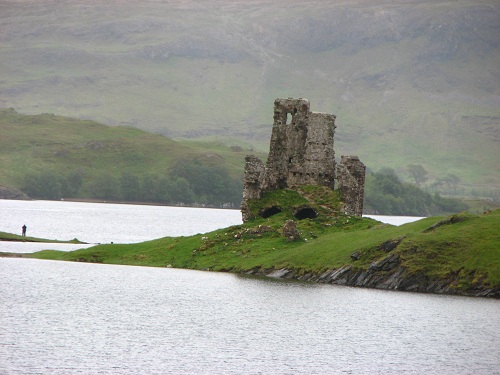 Sorry this photo ended up a bit tilted. But you can see how the castle seems somewhat scary. This is the mood I used in the scene where I introduce Isobel MacKenzie, the heroine in My Brave Highlander. 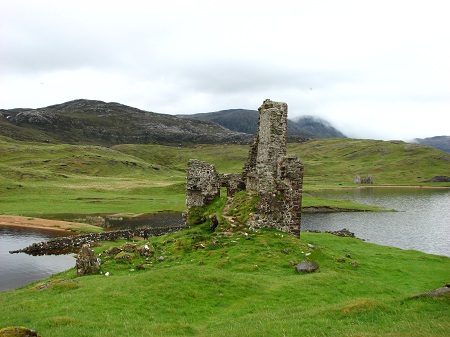 Here you can see the castle ruin from a different angle, from further back on the island. On the right side, in the background you can see Calda House, where the MacKenzies moved after leaving Ardvreck. 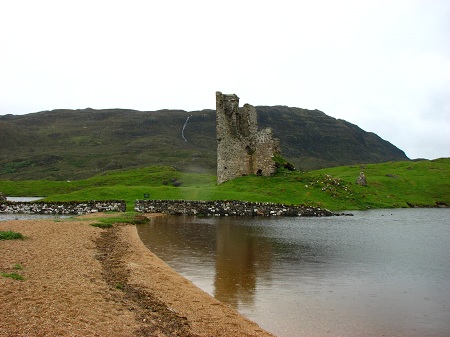 The narrow walkway leading to the castle. 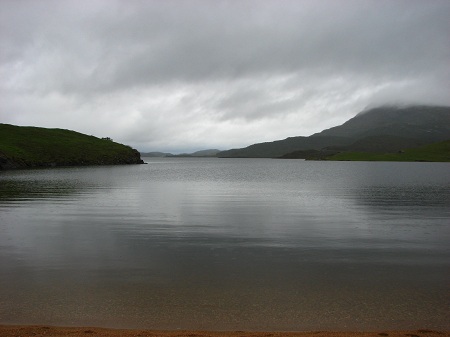 The mystical view across the loch from the castle is beautiful. 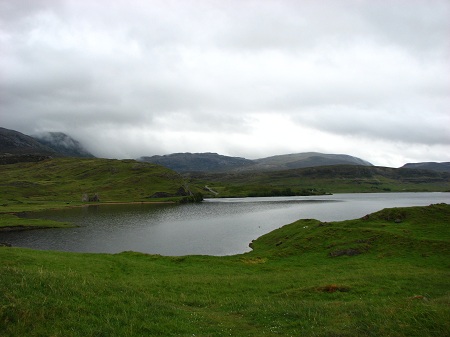 Another view from the castle but in the opposite direction, toward Calda House. I like to be able to visualize what my characters see when they look out a window. 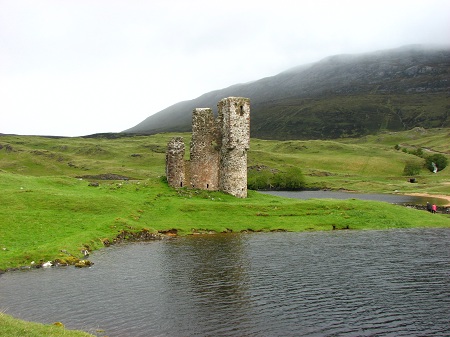 Another view of the castle from a different position on the island. This is the best preserved portion which makes it easier to imagine what the castle must have looked like when it was in use. 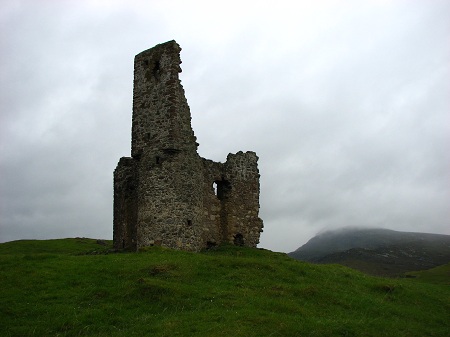 If you click on the two photos below, you can see the on-site signs at a larger size and read about the history of the castle and the area. The drawings of what the castle is believed to have looked like when constructed are interesting. 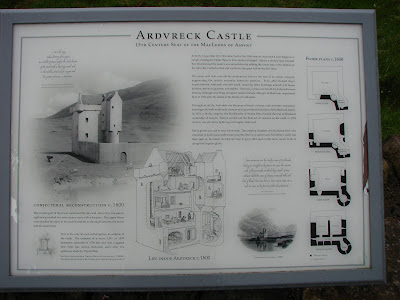 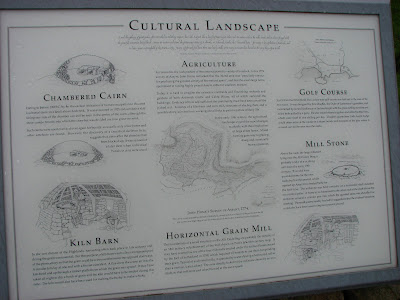 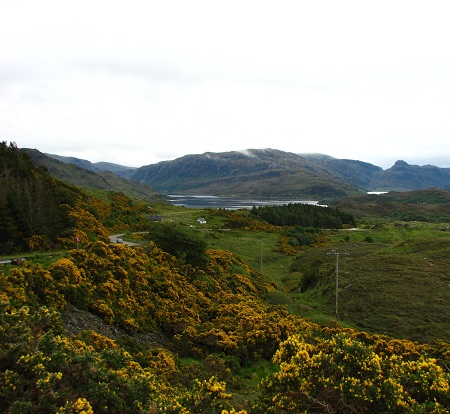 The road and landscape leading down to Loch Assynt and Ardvreck Castle. The yellow flowered bushes are gorse. 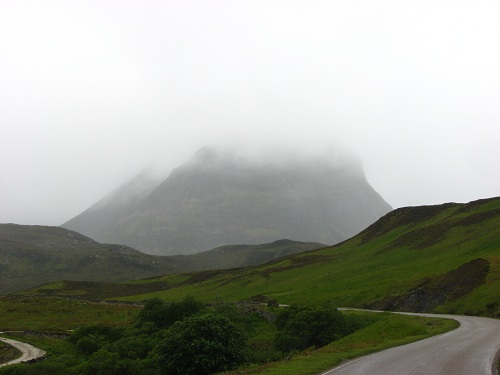 In my story, I attempted to bring this stunning and beautiful area to life. Of course, My Brave Highlander takes place in November instead of May, so visualize snow instead of green grass. :)

Excerpt from My Brave Highlander which takes place in this area:


Thanks so much for checking out my pics and excerpt! What is your favorite area of the northern Highlands of Scotland? Do you enjoy learning what inspires certain scenes or settings in stories? 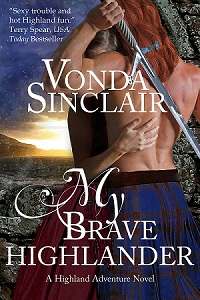 What a glorious way to start the day. A cup of coffee and a tour through part of Scotland. I loved the photo of the inside of the castle. Can't imagine constructing that circular staircase.

Love the pics, Vonda. Good luck with the book!

Vonda, great shots! I especially enjoyed the enlargeable historical markers with the illustrations and explanations. Thanks so much for posting this.

I wish you continued success with your writing and lots of sales for MBH!

You have some of the most beautiful pictures. Very relaxing to read your posts. Keep it up.
Cora Blu

Thanks so much, everyone! I had fun taking these pics even though it was a very overcast morning. As we were leaving, it started to rain. That's when I quickly took the pics of the signs (without time to read them) and rushed to the car. They are very helpful in learning about castles.

Grgeous pics, as usual! I can't help but sigh as I look at them AND as I read your excerpt!

Wow, what a beautiful place! I love seeing places I'm reading about in your book. :-)

Alexa, I'm thrilled you like the pics and excerpt! Thanks!

Vanessa, yes, it is a beautiful place. I always enjoy knowing about things that inspire settings or events in stories. Thanks!

Beautiful. Thanks for the virtual tour.

Amazing scenery! Can't wait to read the story! Best of luck with sales!

Thanks for checking it out, Barb!

Lana, thanks! I love the scenery in that area.

I loved the pictures and the excerpt.