Okay, I admit it. I'm addicted to the Food Network. But not just that... I'm also a Guy Fieri junkie. For those of you who have no idea who this guy is, he's the spiky-haired, bleach-blond, bowling shirt-wearing star of three Food Network shows: Diners, Drive-in and Dives, Guy's Big Bite, and Guy Off the Hook. He won the second season of The Next Food Network Star, and hasn't looked back once. 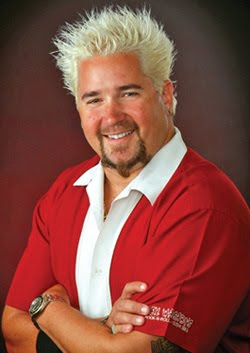 If you follow me on Twitter, Facebook or MySpace, then you know I have a serious crush on this guy. Not like a romantic crush, more like a "I really want to go on a road trip with this guy" type of crush. I could totally see myself in the passenger seat of his Camaro as he goes from diner to dive on Triple D. 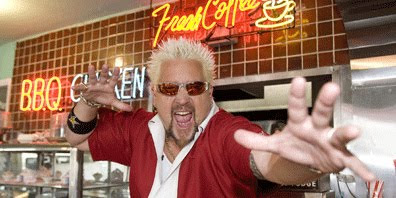 So when I heard he was having his first-ever Rock and Roll Culinary Tour, I was sold! Like Guy said on his website: It's food, rock-n-roll and everything they won't let me do on tv. How much fun could that be?

The show started off with Hayden Wood, a World-Champion Flair Bartender from Australia and author of Woody's Liquid Kitchen. With vodka bottles and shakers flying through the air, my daughters and I sat there amazed. But it wasn't just that. This guy was genuinely entertaining. Funny, quick, and the way he spun a to-the-brim margarita had me saying "Wow!".

And then Guy came out. Motley Crue's Kick Start My Heart blared from the speakers, t-shirt cannons launched souvenirs into the audience as Guy and his sous chef's tossed other goodies to a lucky few. There was a little cooking going on, and we could smell the savory aromas even from our seats way toward the back. He told a few funny stories, had an American Idol-type singing contest (which an adorable 10 yr old girl won), and just generally gave us all a good time. 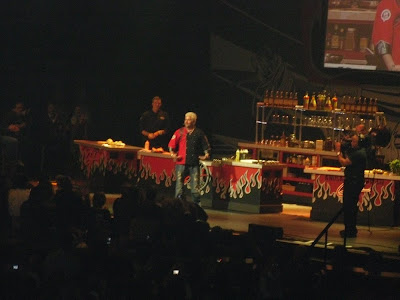 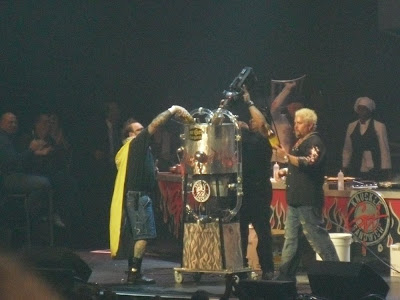 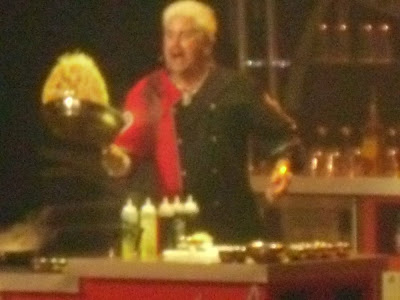 It ended up being a special night spent with my two gorgeous daughters. And if Guy ever decides to go on the road again, we'll be the first in line for tickets! 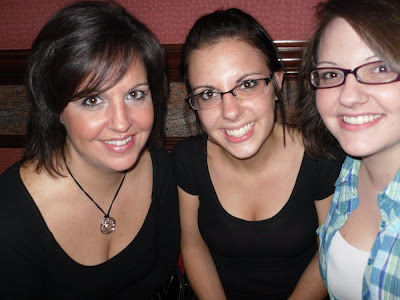 That sounds like great fun and something I would never have thought of doing. But which of you are the 2 gorgeous dds? I really can't tell.

This sounds awesome. Once saw my favorite comedian live, and it's a wonderful memory. Thanks for bringing it back. Nice thoughts!

Wow, sounds like a lot of fun. I've never heard of the guy, but my sons and husband like to watch Man vs. Food on the Travel channel where this guy takes on all kinds of food challenges by eating huge burritos and burgers and hot stuff. They love that show. LOL