Writing the Next Great American Romance--During a Storm 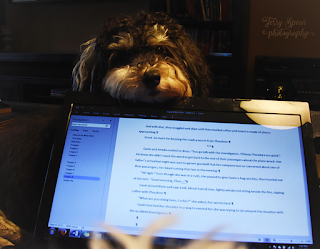 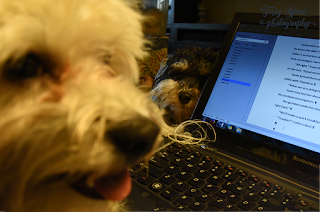 Yep, squished on my lap, looking over my keyboard, my puppies watch me take pictures, but really, as you can see here, I was typing away on my next story. Tanner, the black and tan Havanese, had to peer over my laptop, and I had to take a picture. Max, the white Havanese, has to get as close to me as he can.

Getting ready for St. Patrick's Day--may the luck of the Irish be with you! Making bears, need to make another. 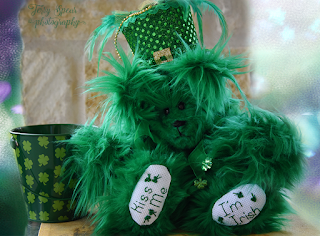 And playing around with Photoshop's oil paint versions of the puppies. 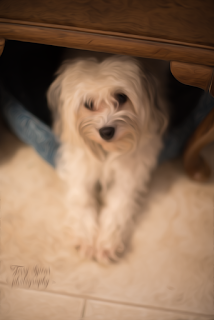 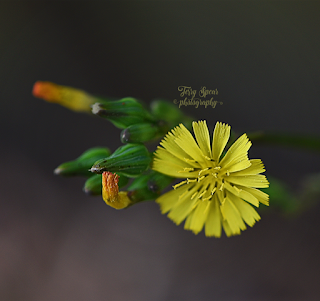 Well, this is a weed. But isn't it pretty? 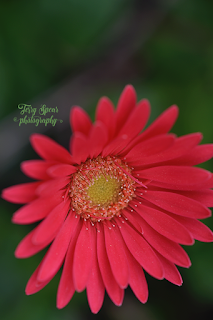 And this is a Sweet Sixteen Gerbera Daisy. Isn't it pretty? 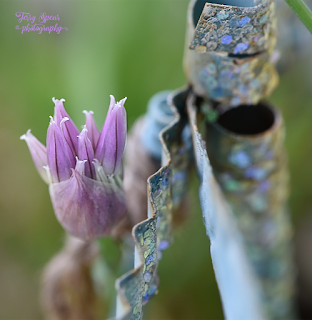 And garlic chives, so yummy on baked or boiled potatoes! They've been growing all year, even through the hard freeze we had, and now are all a bloom. 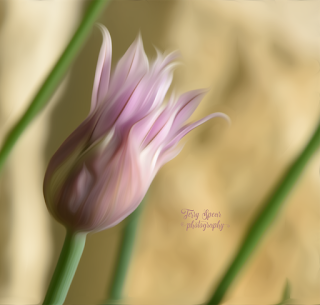 Oil paint version of garlic chives.
For the first time, I've planted zinnia, salvia, coneflower, and some other seeds. I usually end up pulling them up as weeds, I think, but this time, I've seen all kinds of sprouts and I'm hoping they'll come up and I'll have a garden filled with flowers.

But the writing deadlines are seemingly insurmountable, so off I go to finish up Flight of the White Wolf, get the promo blogs done for the upcoming release April 4th, of Between a Wolf and a Hard Place, and the teddy bear, taxes, read a book for an author quote, and the list goes on and on!

BETWEEN A WOLF AND A HARD PLACE by Terry Spear (4 stars) RT Reviews! Yay!!
The newest addition to the Silver Town Wolf series is dark, sexy and replete with a haunting spin. Readers will get a kick out of the author’s vivid imagination. This steamy tale of love intermingles perfectly with the more thrilling moments, and can easily be read as a stand-alone.

Ellie MacTire and her sisters own the Silver Town hotel. In addition to being a wolf-shifter, Ellie also has the ability to communicate with the dead. She has an inkling that Alpha werewolf Brett Silver has something up his sleeve when he donates a family heirloom to the hotel. He’s had his eyes and heart set on Ellie, and nothing will stand in his way until she’s his. Unfortunately, there are some creepy things occurring around town. Can Ellie keep her family and the town safe? And will she be able to keep her composure around Brett in order to find out who’s behind the mysterious happenings? (SOURCEBOOKS, Apr., 352 pp., $7.99)

In Silver Town, the secrets run deep…
Alpha werewolf Brett Silver has an ulterior motive when he donates a prized family heirloom to the Silver Town hotel. Ellie MacTire owns the place with her sisters, and he’s out to get her attention.
Ellie is even more special than Brett knows. She’s a wolf-shifter with a unique ability to commune with the dead. Ellie has been ostracized, so she protects herself and those she loves by revealing nothing—not even when strange and dangerous things begin to happen in Silver Town. And especially not to the devastatingly handsome and generous wolf who’s determined to win her over…
“A master storyteller.” —RT Book Reviews for Alpha Wolf Need Not Apply, 4 Stars

Have a great one!!