Today we have as our special guest Fiona Jayde! Welcome Fiona! (By the way, I love this cover!) Check out this impressive bio: 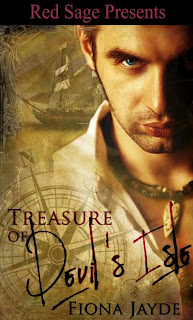 Fiona Jayde is a space pilot, a ninth degree black belt in three styles of martial arts, a computer hacker, a mountain climber, a jazz singer, a weight lifter, a superspy with a talent for languages, and an evil genius. All in her own head.

In life, she is an author of kickass, action packed, steamy romances, possesses a brown belt in Tae Kwon Do and blue belt in Aikido, a web developer, scared to death of heights, loves jazz piano, can bench-press about 20 pounds — with effort, was taught English by Nora Roberts and Growing Pains, and when not plotting murder and mayhem enjoys steamy romance novels, sexy spy thrillers, murky mysteries and movies where things frequently blow up.


Romance Novel Clichés and Why We Love ‘em

The Boss and the Secretary. The Private Eye and the Bombshell Client. The Jaded Cop and the Murder Suspect he can’t seem to take his eyes off. The Pirate and the woman in danger he must protect.

Pairings such as these can be common in the romance genre. We know how such stories will end (for the most part anyway,) we understand the core conflicts these characters may have to push through in order to get their happy endings. And yet, we reach for such stories again and again. (At least I do!)

Perhaps it is the fantasy of reliving a particular favorite “fantasy pairing” that draws us readers to similar books? My personal favored pairings are The Jaded Cop and the Murder Suspect as well as The Bodyguard and The Woman he must protect. I’ll usually buy any book with these themes. (Those and The Renegade and The Assassin.) I also love pirate books. One of my favorite novels is "The Pirate and The Pagan" by Virgina Henley.

My favored romance clichés offer such delicious possibility of friction between characters that I can’t put a book down - even if I’ve read variations of similar themes before. Of course the characters will be different, with different motivations and different problems. But the core conflict that will keep the characters apart while pushing them close together through attraction, lust and finally love will remain the same.

In case of the Bodyguard, he must remain professional, but how can he keep his cool – and his killer instincts – when he is starting to get emotional over the client? She is not just another client anymore, and I love seeing that struggle between cool professionalism and hot passionate emotion.

In case of the Pirate, he must remain edgy and strong and dangerous and not show that he is developing emotions for the heroine. In my spin of this tale, put a twist on the "virgin heroine about to be ravished," replacing her with a spunky librarian who may still be idealistic enough to want a romance novel ending, but willing to kick some ass along with her man. The result was Treasure of Devil's Isle - a time traveling action adventure, retelling the familiar cliché of a handsome sea captain and the woman he loves, who happens to be from the future.

What are some of your favorite romance clichés?

Excerpt of Treasure of Devil's Isle.

My favorite cliche is the bad boy and the good girl (the category I'd say the Pirate and the Virgin would fall under) :-)

Hmmm, I don't really look for specific pairings. I love alpha heroes and guys with a great sense of humor. That combination will always get me, regardless of profession, etc.

I like pairings that switch up the traditional roles. Instead of the bad boy and the good girl, I like the bad girl and good boy, or the lady pirate with the gentleman, the female assassin and the cop. Those are my favorite types of books and when I find them, I'm all over them. Oh and as with Carly, they have to have a sense of humor.

Hi Fiona, welcome! I'm glad you're here today. Some of my favorite parings are bad boy and good girl. A teasing charmer paired with someone who is uptight. Historical hero and modern day woman (time travel.) :)